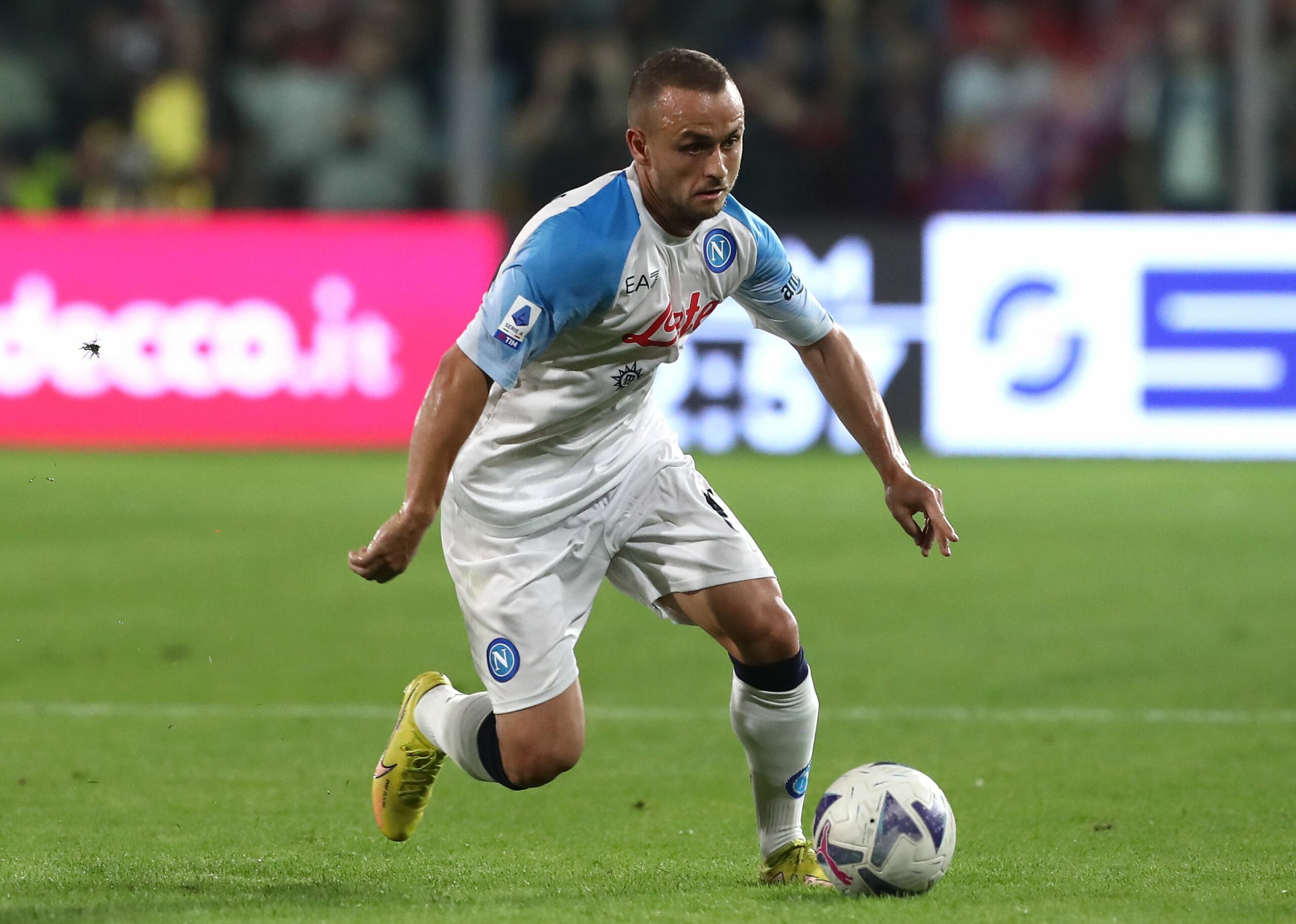 Los Blancos are very interested in the Serbian international, who Napoli value at €60-70 million.

Lobotka recently extended his contract with Napoli, and the Partenopei are in no rush to sell. The 28-year-old is under contract with the Serie A club until 2027.

Madrid are planning for the eventual departures of Luka Modric and Toni Kroos following Casemiro’s move to Manchester United this summer.

They have refreshed their midfield with Aurelien Tchouameni and Eduardo Camavinga. Fede Valverde is another young midfield talent on their books.

Lobotka is stylistically more similar to Kroos than the other midfielders they have and are targeting.

The former Celta Vigo man is the crucial midfielder in Napoli’s build-up play and sets the tempo for their attacking football.

Lobotka joined the Serie A table-toppers for €21m and initially struggled. He suffered multiple injuries that impacted his consistency.

Lobotka has the highest pass completion rate in Serie A, showing how comfortable he is with the ball. He sits deep and helps distribute the ball up the pitch.

Napoli’s current midfield resembles Maurizio Sarri’s midfield three of Marek Hamsik, Allan and Jorginho when the Lazio boss was at the club.

Current Madrid boss Carlo Ancelotti knows Lobotka from his time at the club. He is behind the push for the player.

Madrid have reportedly contacted Lobotka about a move to the Spanish capital. However, they are not willing to pay what Napoli are currently demanding.

The 19-year-old is emerging as one of the best midfielders around. He will reportedly cost upwards of £100m.

Madrid, Liverpool and Chelsea are all interested in Bellingham and will push to sign him nexr summer.

The England international is ready to move after three years of developing in Germany.