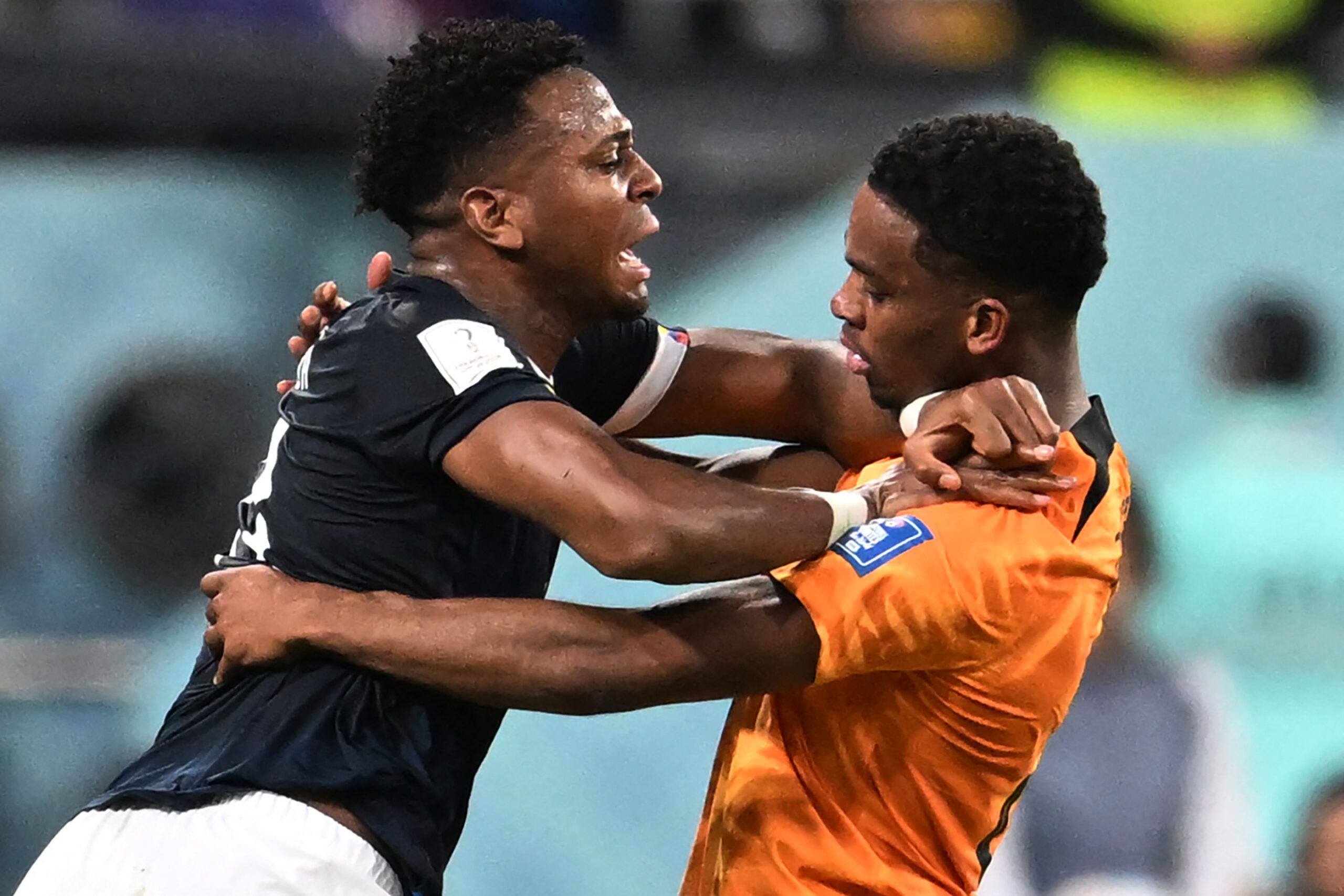 The Netherlands and Ecuador came into the game confident of getting a positive result, having recorded 2-0 victories in their opening World Cup group matches.

Both sides were well aware that a win would be enough to advance to the knockout stage, and it was Louis van Gaal’s side who started the game on the front foot.

Ecuador cheaply gave away possession 20 yards from Hernan Galindez’s goal, and the in-form Cody Gakpo capitalised on their error and smashed his shot past the goalkeeper to give his side the lead in the 6th minute.

Despite taking the lead, the Oranje were far unconvincing, just as they were in their opening game, with Ecuador arguably being the better side in the first half.

La Tri thought they had snatched an equaliser late in the first half, but Pervis Estupinan’s goal was ruled out as Jackson Porozo was adjudged to be obstructing Andries Noppert’s line of vision from an offside position.

The disallowed goal should have been enough indication to the Oranje that they needed to up their game, but they started the second half on the back foot.

The South Americans increased their pressure in the second half, and four minutes after the restart, Enner Valencia restored parity in the tie when he reacted quickest after Estupinan’s shot had been saved by Noppert.

Brimming with confidence after the equaliser, Ecuador came agonisingly close to completing the comeback when Gonzalo Plata hit the crossbar with his shot from just outside the area.

It was another unconvincing display from Van Gaal’s side, but they clawed away with a point. They will head into their final group clash against winless Qatar, knowing another point will be enough to go through.

Meanwhile, Gustavo Alfaro’s side could not find a winning goal in the closing stages. A win for them would have been well deserved, but just like today’s opponents, a point against Senegal on Tuesday will seal qualification from Group A.

Andries Noppert (6/10) – Commanding in the air but was fortunate to see the offside flag for Ecuador’s goal.

Jurrien Timber (5/10) – Was caught in and out of possession too often.

Virgil van Dijk (7/10) – Was a calming presence in the Oranje backline and put in a solid performance.

Nathan Ake (6/10) – Confident carrying the ball up the pitch and dogged in his duels.

Denzel Dumfries (4/10) – Another poor performance from the Inter Milan man who looked uncomfortable when up against Valencia.

Frenkie de Jong (7/10) – Thrived when limited to pockets of space, wriggling his way up the pitch effortlessly on occasion. Helped his side dominate the midfield battle.

Daley Blind (5/10) – Not the most athletic defenders and enjoyed a solid performance.

Davy Klaassen (6/10) – Pushed up the pitch and was lively in attack.

Cody Gakpo (6/10) – Opened the scoring for his side but found himself a passenger for much of the game after that.

Steven Bergwijn (4/10) – Sacrificed at half-time to facilitate the arrival of Depay. Not a big loss after an anonymous display.

Hernan Galindez (5/10) – Not much he could do to prevent Gakpo’s opener.

Jackson Porozo (4/10) – Had he been a bit sharper, Ecuador could have gone in at half-time deservedly level.

Angelo Preciado (7/10) – Grew into the game as Ecuador stopped ignoring his flank after the break.

Jhegson Mendez (5/10) – Not as influential as he was against Qatar.

Moises Caicedo (7/10) – Forced the turnover which led to Ecuador’s equaliser. Another solid performance from the Brighton & Hove Albion man.

Gonzalo Plata (7/10) – Was a constant threat to the Dutch backline.

Michael Estrada (6/10) – Used his strength and movement to great effect against the Dutch backline.

Enner Valencia (8/10) – There were questions over his fitness for this game but he delivered a peach of a performance. Went off with yet another injury scare.