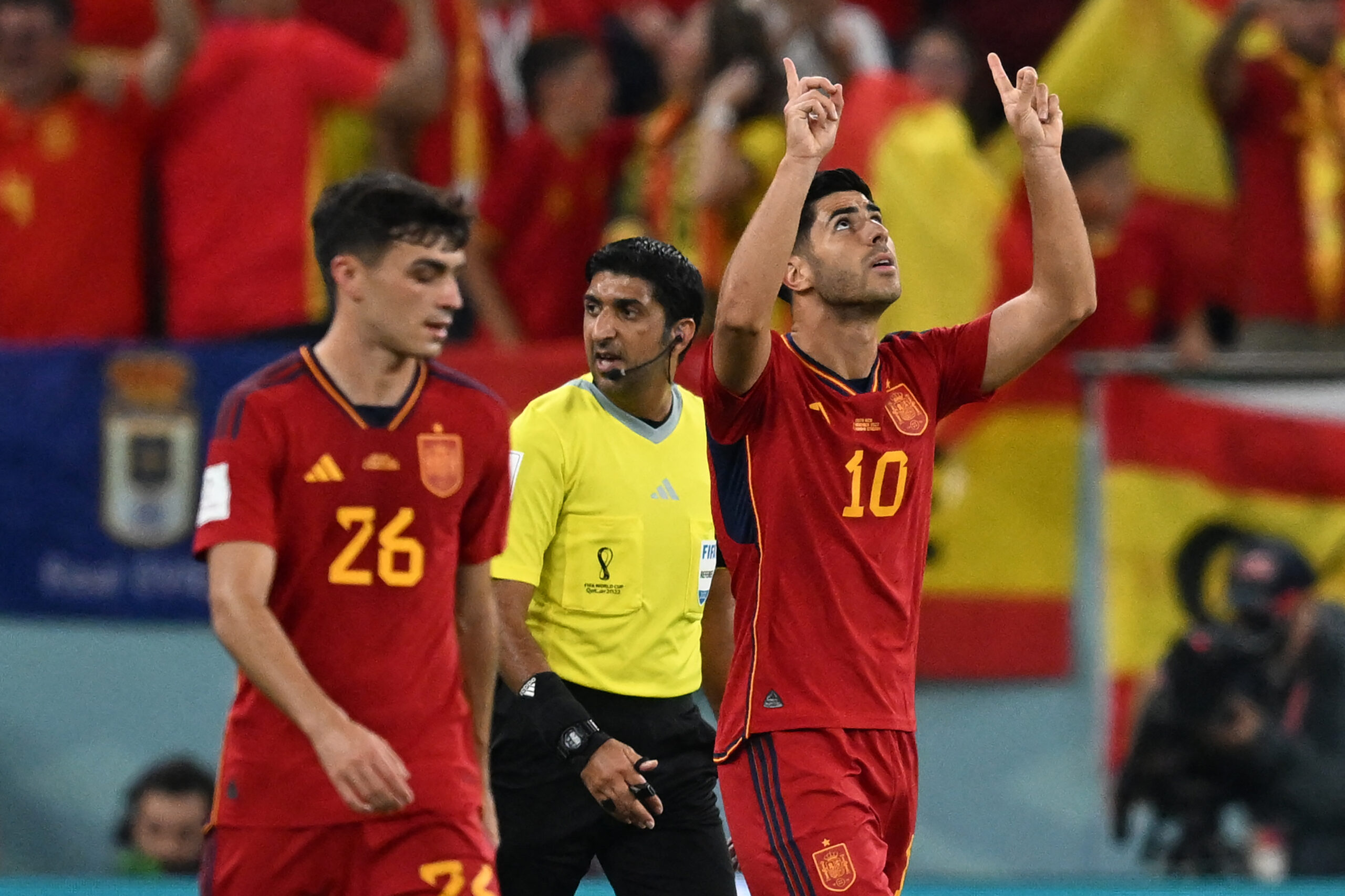 Spanish midfielder Pedri has told his compatriot Marco Asensio to move to Barcelona from Real Madrid.

Both players are currently with the Spanish national team in Qatar for the World Cup, and the pair were also excellent during the 7-0 win over Costa Rica.

Asensio’s future at Madrid has been the subject of speculation for several months, with his current deal expiring in the summer of 2023.

The 26-year-old considered quitting his long-time club in the summer transfer window before Carlo Ancelotti convinced him to stay.

The Spaniard’s lack of regular time continued this season, and he also showed his frustration during a match against Real Mallorca.

However, Ancelotti integrated Asensio into his plans after that incident, handing him more minutes.

Asensio also made full use of the limited opportunities by showing his quality, racking up three goals and three assists in all competitions.

Madrid’s arch-rivals Barcelona are reportedly interested in the free transfer of Asensio, with manager Xavi strongly advocating the move.

Pedri also reckons that Asensio would be a good signing for Blaugrana, stating that every best player should play for the Catalan giants.

“He [Asensio] has a lot of quality, let’s see what happens with his contract but all good players have to be at Barca,” Pedri told COPE.

“Let’s see what happens with his contract, but he has plenty of qualities. It is a decision that he has to make.”

However, Asensio looks to have changed his mind about his future following his recent upturn in form.

He recently shrugged off rumours linking him with Barca while also stating his desire to continue with Los Merengues for many years.

Ancelotti also sent his best wishes to Asensio after the Spanish forward scored against Costa Rica in the Group E fixture on Wednesday.

The reigning La Liga and European champions are expected to open talks with Asensio over a new deal after the World Cup.

Meanwhile, Asensio will look to build on his terrific start to the World Cup as Spain face Germany this weekend in an exciting encounter.