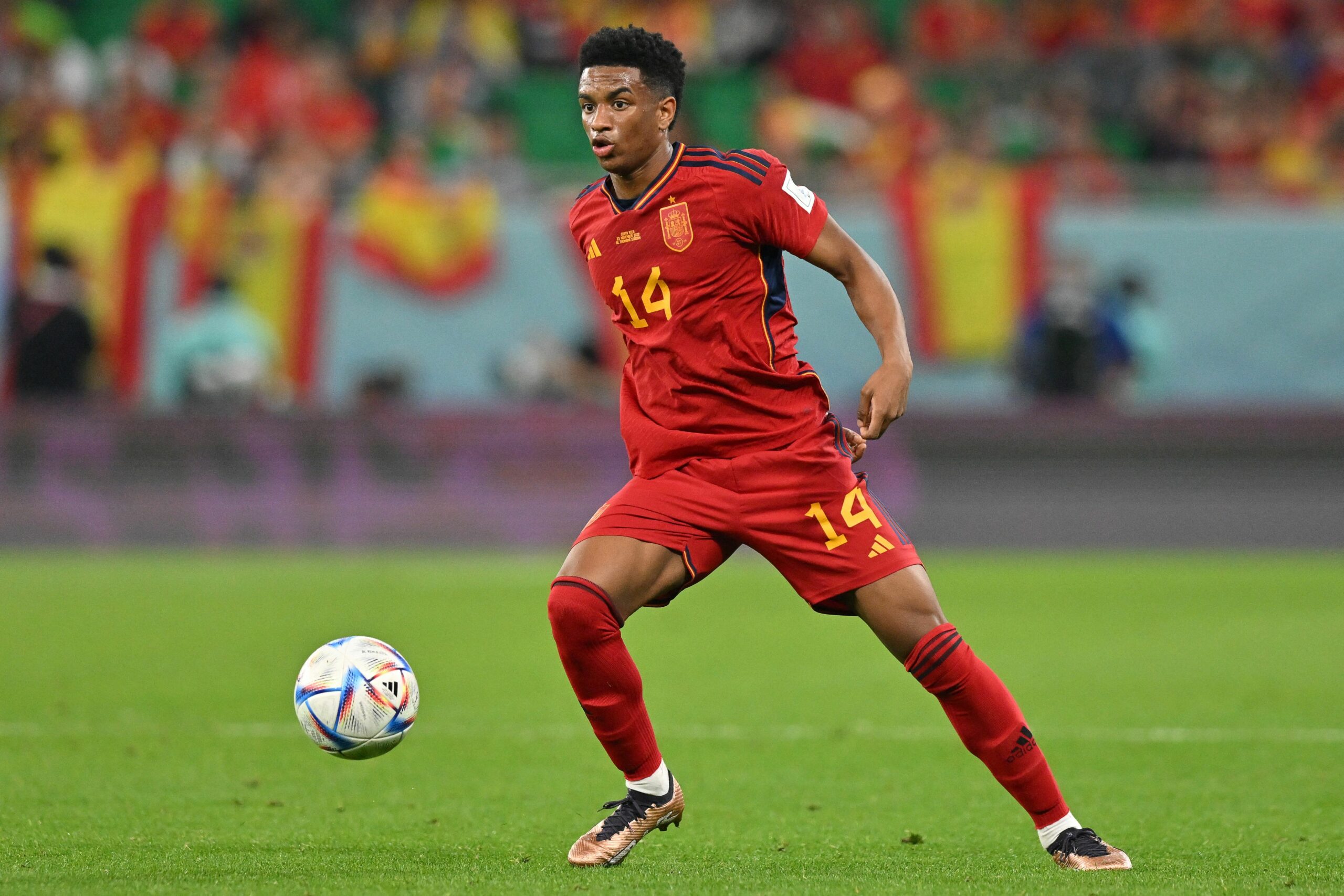 The Spaniard has been one of Barca’s breakout stars this season, nailing down a regular spot in Xavi’s starting eleven with his impressive performances.

Having featured in 16 games in all competitions with three assists, the 19-year-old has also dethroned veteran defender Jordi Alba as Barca’s first-choice left-back.

However, the icing on the cake was his maiden call-up to the Spanish national team for the FIFA World Cup 2022 in Qatar as a wildcard for the injured Jose Gaya.

Balde made his debut in the 7-0 win against Costa Rica in Spain’s opening fixture.

His rise to prominence has prompted the Blaugrana to secure his future, with his current deal expiring in 2024.

The Catalan giants are in talks to hand the La Masia graduate a new long-term deal, but Milan are looking to throw a spanner in the works.

Calciomercato reports that Milan directors Paolo Maldini and Ricky Massara have been in contact with Balde’s agent Jorge Mendes in recent weeks to discuss a potential move next summer.

The Rossoneri want to reinforce the left-back position by bringing a top-quality back-up for Theo Hernandez.

Barca remain hopeful they can reach an agreement with Balde as they did with Ousmane Dembele and Gavi this year.

He recently commented on his contract situation, stating that the talks are ongoing and he wants to succeed at Camp Nou.

The Spanish youngster will be hoping to make a big impact in the World Cup as Spain look serious contenders following their emphatic 7-0 win against Costa Rica.