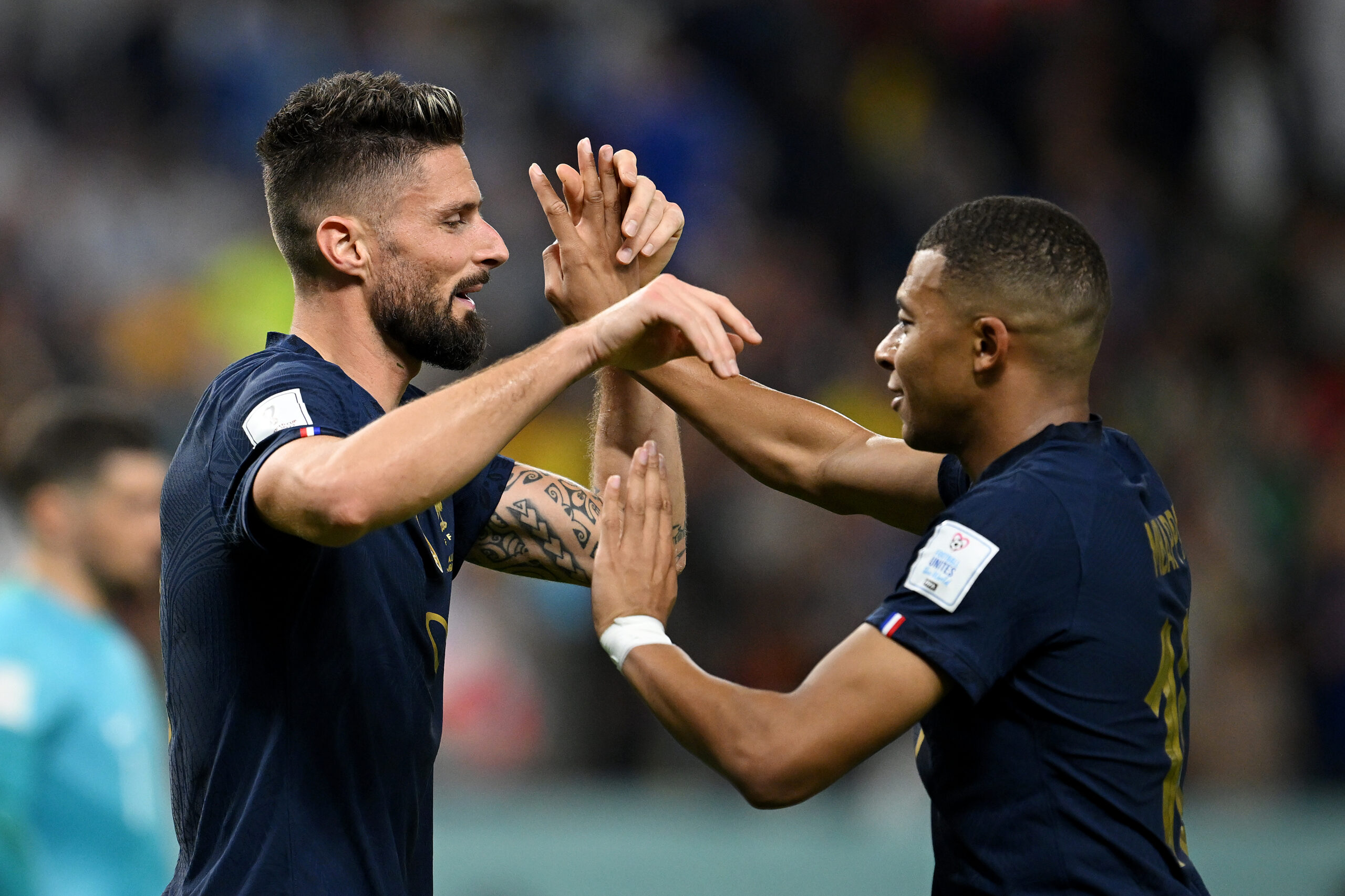 The World Cup is underway, and we’ve now seen every team.

In amongst the drama, several players have stood out. Here is our best XI from the first round of fixtures.

Guillermo Ochoa (GK) – No one knows how he does it, but whenever Guillermo Ochoa features at a World Cup, he becomes one of the planet’s finest goalkeepers. And he was at it again this week.

In his side’s opener against Poland, the Mexican stopper faced the daunting task of denying Robert Lewandowski from the penalty spot. He got down to his left and palmed the forward’s strike out, keeping the score at 0-0.

Silvan Widmer (RB) – In truth, the selection of right-backs wasn’t particularly strong, with none really starring.

We’ve gone for Switzerland’s Silvan Widmer for this spot. The 29-year-old played a key role in their 1-0 victory over Cameroon, keeping Karl Toko-Ekambi quiet while providing plenty of attacking threat and energy down the right.

Toby Alderweireld (CB) – Despite 14 teams keeping clean sheets, there also aren’t that many standout centre-backs to choose from.

Belgium came under a lot of pressure from a fired-up Canadian side, but managed to come away with the three points. Toby Alderweireld was crucial to this, making several key blocks while producing a brilliant pass for Michy Batshuayi’s winner.

Hassan Al-Tambakti (CB) – In a game that is being described as ‘the biggest upset in World Cup history’, Saudi Arabia sent shockwaves across the world with an astonishing 2-1 victory over Argentina.

When you’re faced with a frontline of Lionel Messi, Lautaro Martinez, and Angel Di Maria, you need your defence to be on their A-game if you want to get a result. Hassan Al-Tambakti was the star of a back four that put everything they had into stopping La Albiceleste, limiting them to just one goal.

In the first half, the Green gave us a masterclass in the offside trap, with the Copa America champions having three goals disallowed. After the break, they put their bodies on the line and got in the way of anything thrown at them.

Jordi Alba (LB) – Spain won their opening game against Costa Rica 7-0, so it shouldn’t come as a surprise that they have a couple of players in this team.

Jordi Alba is the first Spaniard included. The Barcelona defender helped get the ball rolling, assisting Marco Asensio’s first-half strike and winning the penalty that Ferran Torres stuck away in the 31st minute.

Bukayo Saka (RM) – There was a lot of debate over who should start on England’s right-hand side. Phil Foden has been excellent there for Manchester City, but Bukayo Saka has also shone for Arsenal.

Gareth Southgate went with the latter, and he more than justified his manager’s decision. The winger scored either side of half-time, first doubling his side’s advantage with an excellent half-volley, then placing into the far corner for his second and England’s fourth.

The teenager chose the perfect time to net his first international goal, directing Luke Shaw’s cross into the far corner with a looping header. And, in general, he dictated and dominated the game with his strength on the ball, quality, and composure.

Gavi (CM) – When Gavi was selected for the Golden Boy award earlier this year, a few eyebrows were raised, with many believing that he was the wrong choice. The youngster has already made strides to silence the doubters at this tournament.

His World Cup debut was simply brilliant. He ran the show from start to finish and capped it off with a fine volley to put Spain 5-0 up.

Kylian Mbappe (LM) – With the weight of expectation on his shoulders, Kylian Mbappe had a very underwhelming Euro 2020 campaign. This time around, he will be looking to exorcise those demons.

The pacey forward was one of the stars in France’s 4-1 victory against Australia, directly contributing to two goals while giving full-back Nathaniel Atkinson a nightmare evening. He headed one in from close range in the second half, then put in a beauty of a cross for Olivier Giroud to seal the three points.

Olivier Giroud (ST) – Speaking of Olivier Giroud, he was also one of the main men from matchday 1. In Karim Benzema’s absence, the AC Milan man stepped up to the plate and delivered a wonderful performance.

He was twice on the scoresheet, first tapping in from Adrien Rabiot’s cutback before nodding in Mbappe’s cross. The second was a record-equalling goal for the Frenchman, as he drew level with Thierry Henry as Les Bleus’ all-time top goalscorer.

Richarlison (ST) – This season, Richarlison is yet to announce himself at Tottenham Hotspur, failing to score a league goal. On the international stage, however, he has made his mark.

Brazil had to fight hard against a strong Serbian defence, but eventually broke through thanks to the former Everton man. He was the quickest to react to Vinicius Junior’s saved effort, finishing on the rebound to put the Selecao in front.

While his first wasn’t the prettiest, Richarlison’s second was nothing short of sensational. Collecting Vinicius’ cross, he took one touch to set himself before unleashing a breathtaking overhead kick into the bottom corner for his brace.