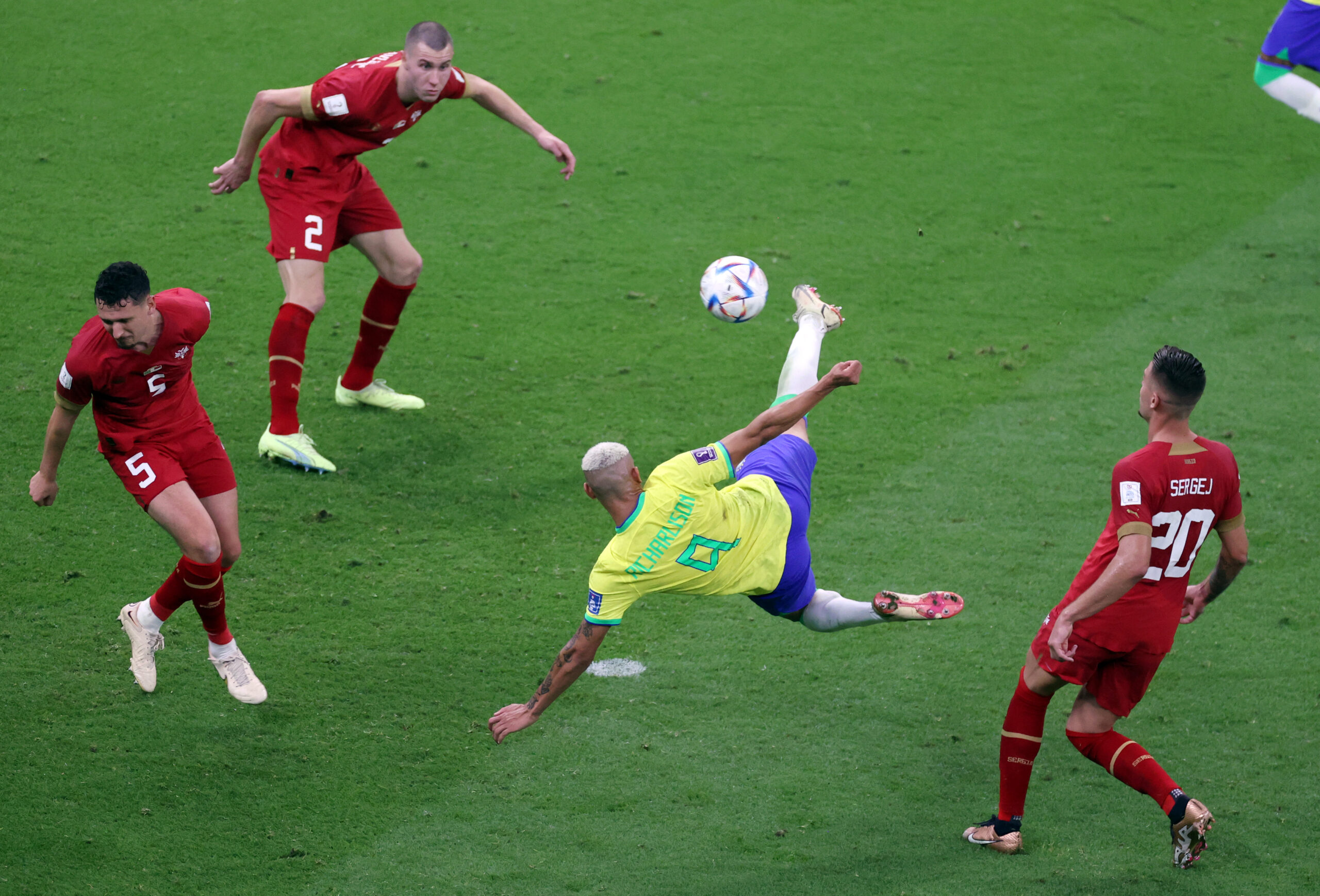 The first round of fixtures at the 2022 FIFA Men’s World Cup ended today, as Groups G and H were in action.

Some games were certainly far more exciting than others, but we have lots to unpack, so let us get into it.

The early kick-off was an intriguing clash between Switzerland and Cameroon, who are part of a difficult-looking Group G alongside Brazil and Serbia where everyone will be vying for a knockout spot.

Switzerland edged a close game where possession was almost split evenly and the shot count read 7-8. The decisive goal was scored by Breel Embolo, who became the first player at a Men’s World Cup to score against the country where he was born.

An intriguing tactical development in the second half was André Onana’s positioning in the latter stages of the second half, as he pushed on and got involved on the ball even outside his defensive third with a good deal of regularity.

This is not a completely new development as such goalkeeper chains have been regular features of various club sides in the last few seasons, especially in Germany, but rarely seen at the highest levels.

Unfortunately for Onana on this occasion, this did not appear to be a coaching instruction as the rest of his teammates seemed unprepared for this, so Cameroon failed to properly leverage this.

Rigobert Song’s side can take positives from this performance as they certainly matched if not occasionally played better than the European Championship quarter-finalists, but their inability to take points from this match could prove decisive for their campaign in this tough group.

The Group H action also began with a close tactical battle, as Uruguay and South Korea played out a goalless draw.

Diego Alonso’s side operated in an interesting back-three structure in possession as Martín Cáceres, the right-back, stayed deep to create a back-three while Mathías Olivera pushed forward on the other side. That was not enough to unbalance South Korea’s 4-4-2 block, which only allowed one shot on target.

Similarly, the Koreans were also stifled in possession by Uruguay’s compact defensive structure, so they could not create chances with any sort of regularity. Therefore, the final score was certainly entirely justifiable in a match where the defences clearly won out.

Based on their respective approaches to this match, neither side should be too displeased with this result, but they will need to show a little more attacking endeavour in at least one of their next two group games to have a good chance of progressing.

After being deprived of goals for over three hours, we finally had something to be excited about when Portugal took on Ghana.

Before that, we had to get through a relatively uneventful first half. Portugal struggled to make good use of the 69% of possession they had, as Ghana’s 5-3-2 block kept them away from the final third.

The second period did not get off to the best of starts either, but a debatable penalty call allowed Cristiano Ronaldo to open the scoring and become the first player to score at five men’s World Cups in the 65th minute.

Mohammed Kudus set up a Ghanian response eight minutes later, but soon after that, goals from João Félix and Rafael Leão put Portugal in a commanding position.

Osman Bukari did pull one back for Ghana in the 89th minute, but they could not build any pressure in stoppage time.

There was a huge moment in the 100th minute when Portugal’s goalkeeper Diogo Costa put the ball down without knowing that Iñaki Williams was behind him, but the Athletic Club striker slipped and failed to take advantage.

So, Portugal climbed to the top of Group H, while Ghana suffered heartbreak in a World Cup match yet again.

Pre-tournament favourites Brazil rounded off the first set of group stage fixtures by facing Serbia, who were being backed by many to make some waves in Qatar.

Their first-half performance showcased just why that was the case, as they did a pretty good job of containing Brazil in their 5-3-1-1 block. The Seleção only managed to create chances worth a total of 0.27 xG in this period, although they did waste some promising attacking positions.

All the attention was on the likes of Neymar and Vinícius Júnior to help Brazil break the deadlock, but the man who ultimately did the job was Richarlison, who turned in a rebound after a move that involved the aforementioned duo. A little while later, he did this:

It has been quite a ride for the Tottenham striker Hotspur in the last four years. He only received his first call-up to the Brazilian national side after the last World Cup but broke through at the right time to participate in this.

A move to Spurs this summer earned him Champions League exposure, but it was his international form of seven goals since March that earned him a seat on the plane to Qatar.

Having scored an iconic World Cup goal, he is quite clearly making the most of this opportunity. Brazil will hope he continues to find the back of the net against Switzerland and Cameroon, and then more crucially in the knockout stage.

They may well need to rely on him even more than initially anticipated, because Neymar had to be substituted in the 79th minute after seemingly injuring his ankle. The whole of Brazil will be closely monitoring the status of his diagnosis.

There’s no time to rest, as the second round of group fixtures kicks off tomorrow. Here are the four matches to look forward to:

Wales vs Iran (13:00 AST):
The second round of group stage fixtures begins tomorrow with the Group B clash between Wales and Iran. This will effectively be a must-win match for both sides if they want to be in with a real chance of making the round of 16.

Qatar vs Senegal (16:00 AST):
Hosts Qatar play next against Senegal in a match where at least one of the two teams will open their account in terms of points at this World Cup. Senegal are the favourites to do that, and they really must place themselves back in a decent position ahead of their crunch match against Ecuador.

Netherlands vs Ecuador (19:00 AST):
The other two Group A sides play next, and with both having won their first group match, the winner here could seal progression to the knockouts. Ecuador looked quite impressive in the opener, and although they will be the underdogs here, an upset could well be on the cards.

England vs USA (22:00 AST):
The headline act of the day is the last fixture, which pits England against the United States. A lot rests on this game, including a potential knockout berth for England and deciding whether this sport is called football or soccer.