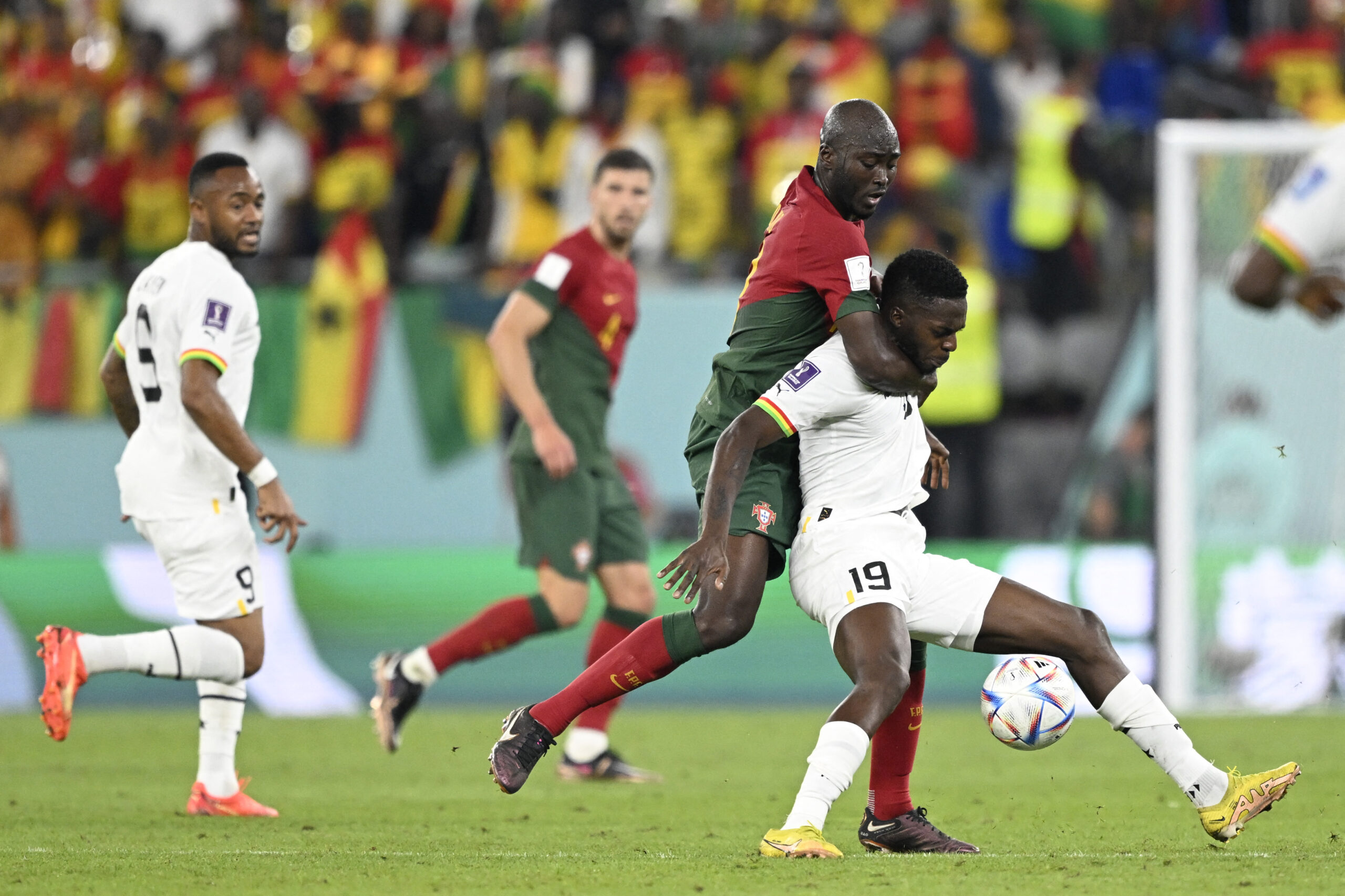 After Mohammed Kudus lost the ball, the free agent received a slide-rule pass from Otavio, but Lawrence Ati-Zigi came off his line to thwart his effort. It was a crucial stop from the Ghanaian keeper.

Minutes later, Ronaldo failed to direct a brilliant cross from Borussia Dortmund left-back Raphael Guerreiro on target. Portugal took control of the game, forcing Ghana deep and putting them on the ropes early on.

Ronaldo put the ball in the back of the net in the 29th minute, but the goal didn’t stand. The former Manchester United and Real Madrid attacker nudged Alexander Djiku in the build-up.

Moments later, Joao Felix fired a tame effort that did not trouble the Ghana goalkeeper. Portugal were controlling the game but didn’t take the lead by half-time.

Ghana had no shots on or off target and struggled to string passes together. Their xG was 0.00.

The second half of the drab affair started positively as Kudus steamrolled forward and fired just wide of Diogo Costa’s goal.

The deadlock was broken when Portugal won a penalty in the 65th minute. Southampton’s Mohamed Salisu barged into Ronaldo as they contested for the ball. The referee gave the penalty to Portugal, and Ronaldo fired home.

The goal fired Ghana up, and they netted an equaliser. Kudus was taking the game by the scruff of its neck and drove into a dangerous area before delivering a low cross. Captain Andre Ayew tapped in to mark Africa’s first goal of the tournament.

The drab game had suddenly sprung into life, and Portugal regained their lead minutes later. Bruno Fernandes slid in a brilliant pass for Joao Felix, and he finished deftly.

The Europeans soon made their lead more emphatic. Fernandes carried the ball to the Ghana box before setting up substitute Rafael Leao.

The AC Milan and Chelsea target slotted the ball home for his first World Cup goal to mark his first tournament appearance. The goal came three minutes after he came on.

Ronaldo went through on goal again, but Ati-Zigi denied him with an outstretched hand before the official lifted the flag. Portugal were firmly on top now.

However, Ghana made things tense when they pulled one goal back to make the game 3-2. Abdul Baba Rahman got away from Joao Cancelo, and his cross dropped nicely for substitute Osman Bukari.

He headed in for a nervy ending, but Portugal held on.

Diogo Costa (7/10) – The Porto goalkeeper didn’t have much to do and couldn’t stop the Ghana goals. His distribution was calm apart from one incredible moment.

Joao Cancelo (5/10) – He wasn’t as threatening as he could be on his day. Also, Baba Rahman beat him for Ghana’s second goal.

Ruben Dias (6/10) – The Manchester City man was generally solid and gave nothing away. He also distributed the ball well.

Danilo Pereira (7/10) – The Paris Saint-Germain defender had an excellent game in defence. He won everything that was there to win.

Raphael Guerreiro (6/10) – He tried to make things happen with his crosses, but not much came from them.

Ruben Neves (6/10) – The Wolverhampton Wanderers man lost a lot of duels on the ground, but his passing was crisp as usual.

Bruno Fernandes (8/10) – He showed why he is one of the best creators in the game by delivering two assists to help his side win the game. Phenomenal vision.

Otavio (7/10) – He ran hard for his team and created a big chance. Good performance after a surprise start.

Cristiano Ronaldo (7/10) – The captain was guilty of missing chances, but he won the soft penalty and converted it to give his side the lead.

Bernardo Silva 5.5/10) – The former AS Monaco man struggled to influence the game when he was on.

Lawrence Ati-Zigi (7/10) – He made some big stops from Ronaldo and didn’t look out of place. He couldn’t do anything about any of the goals he conceded.

Alidu Seidu (7/10) – It was a solid showing from the Clermont Foot right-back. He was brilliant defensively and technically clean.

Alexander Djiku (6/10) – He did his best, but it was not enough to prevent any of the three goals his side conceded.

Mohammed Salisu (5.5/10) – He gave away the penalty for the first goal, but it was a soft one. Up until then, it was a decent performance.

Abdul Baba Rahman (7/10) – The Chelsea serial loan star was solid in defence and adventurous in the attack. He provided the cross for the second goal.

Mohammed Kudus (7.5/10) – After a drab first half, he took the game by storm and provided an assist for his captain. He is quite the talent.

Thomas Partey (7/10) – The Arsenal man was surprisingly quiet in his disciplined role but did his job diligently. He shut down attacks and kept things moving.

Salis Abdul Samed (5.5/10) – He struggled to impose himself on the game. He passed the ball neatly but did nothing to open Portugal’s defence.

Andre Ayew (7/10) – He took his goal well and looked sharp for most of the game. Hopefully, his team realises his height and stops firing long balls for him.