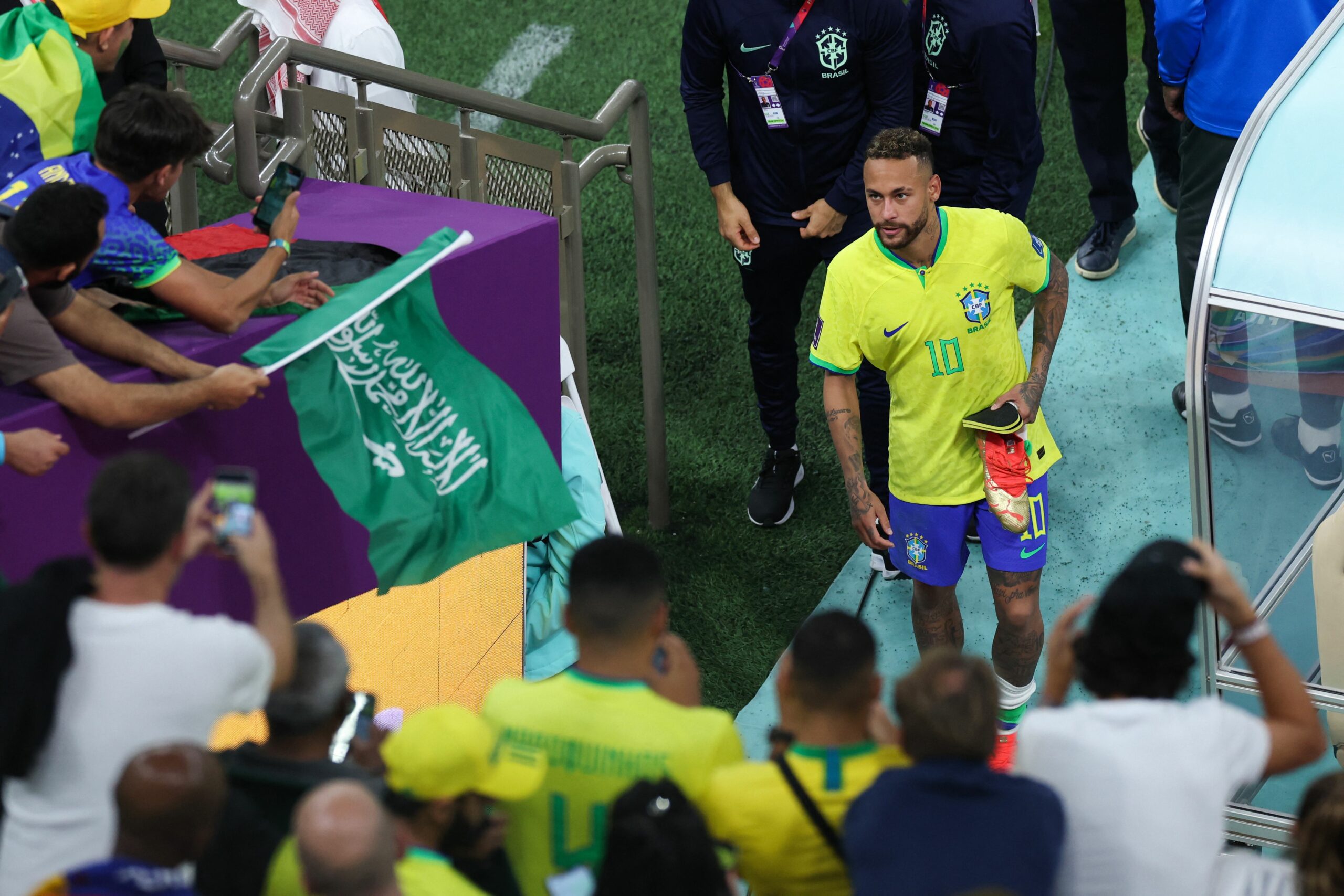 The Brazilian forward held his shirt over his head and had an ice pack on his legs after Tite brought him off. Neymar was on the receiving end of nine fouls, the most of any player at the World Cup.

Neymar reportedly complained about his ankles bothering him and limped to the dressing room.

The situation is unclear right now until he gets some scans to determine the seriousness of the injury. However, Brazil will be hoping for positive news from their medical department.

They will want to avoid a repeat of the 2014 World Cup, in which Neymar’s tournament ended prematurely.

Neymar has struggled with injuries over the past few years but has stayed fit this season. The former Santos and Barcelona attacker found a new drive for the season and has been excellent.

Coming into the tournament, he is two goals from breaking Pele’s record as the top goalscorer for the Brazilian national team. He already holds the record for most assists.

The 30-year-old is expected to lead his national team’s attack in Qatar. He will hope that the injury is not enough to hamper his participation.

Neymar started the game behind Richarlison and tried to make things happen, but the former Everton man stole the limelight with two goals.

The second is an early contender for the goal of the tournament and the best one so far. Vinicius Junior passed the ball to the Tottenham Hotspur forward in the box. Richarlison’s control raised the ball before he used a bicycle kick to finish.

The Selecao have taken top spot in Group G. They can tighten their grip when they face second-placed Switzerland on Monday.