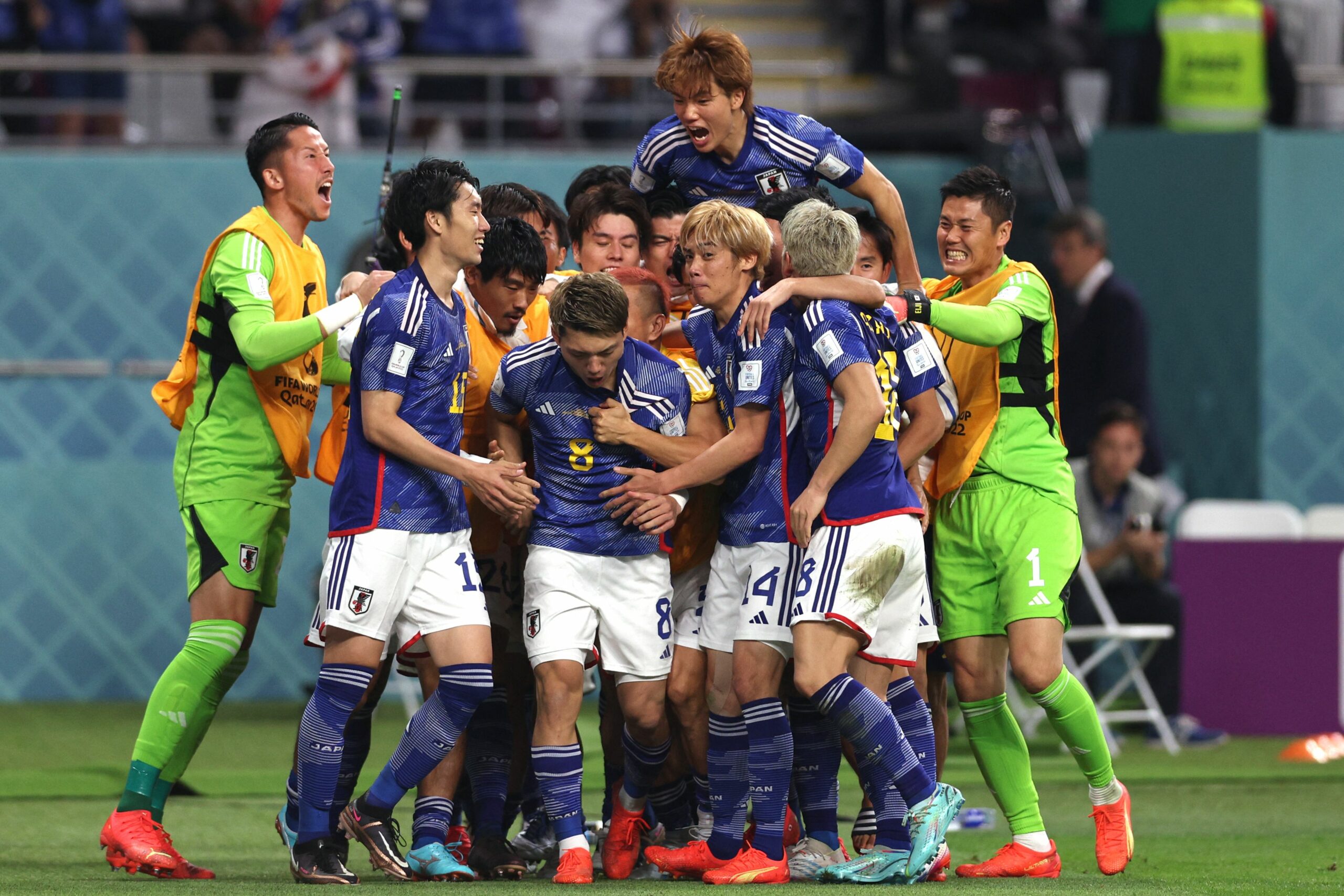 The drama continued on day 4 of the 2022 FIFA Men’s World Cup, with yet more upsets and big results.

Japan did to Germany what Saudi Arabia did to Argentina as they staged a second-half comeback to record a historic victory. Aside from that, the football was not the most entertaining you’ll ever see, but we still have a good deal to talk about.

After two goalless draws yesterday, we had to endure another one in the early kick-off today.

Morocco will be pleased with their performance overall as they went toe-to-toe with the 2018 finalists and restricted them to just five shots, of which just three were inside the box. They could not create anything in way of clear-cut chances either, so this was not the most exciting match.

For the tactics watchers, there were some intriguing in-match adjustments in midfield as both sides tried to create advantages for themselves in possession, but the defending team was always quick to react and largely able to neutralise the changes. The fact that we are discussing that should tell you everything about how watchable this game was.

Germany crashed out of the group stage as defending champions in dramatic fashion in 2018 after losing their opener and also losing to one of the hosts of the 2002 World Cup. Both of those things happened today, as Japan deservedly beat them.

Germany completely dominated the first half, keeping a whopping 80% of possession and taking the lead from the spot after creating a total of 14 chances. They seemed comfortable as the second half began, but they failed to score that all-important banker goal despite creating chances worth 3.27 xG in total.

What hurt them was their lack of a real box presence in the form of an out-and-out striker, not just in the chances they failed to convert but also those they failed to create when many of their crosses did not have a designated target.

That allowed Japan to stay in the game and ultimately win it late on by converting two great chances created against the run of play.

Japan’s manager Hajime Moriyasu deserves credit as well for switching to a back-five at half-time, which helped his side limit Germany’s threat on the wings as well as making them more dangerous on the counterattack. His substitutions also proved decisive, as neither of the Japanese goalscorers started the game.

This result complicates things for Germany to say the least. Their next opponents are recent European Championship semi-finalists Spain. A defeat could end their World Cup in the group stage for the second edition in a row.

Germany’s fellow Group E favourites Spain encountered no hiccups whatsoever in dispatching Costa Rica, who might as well have headed back to their hotel after half an hour.

Spain were utterly dominant in every sense of the word in the first half, keeping 85% of possession and creating chances worth 2.37 xG. Dani Olmo was the man who opened the scoring just over 10 minutes in with a delightfully well-taken goal.

Another 10 minutes later, Marco Asensio swept home a Jordi Alba cross, and after a similar amount of time, Ferran Torres made it three from the penalty spot.

Luis Enrique’s side did not slow down significantly in the second half either, so things went from bad to worse for Costa Rica. Torres scored his second, Gavi made it five with an exquisitely finished volley, and late goals from substitutes Carlos Soler and Álvaro Morata added further gloss to the scoreline to cap off a statement victory from Spain.

This result will make Germany feel even worse after their loss to Japan because they have to take on Spain next in a match where they could be fighting to stay in the competition. Group E is looking spicy already.

Canada were searching for their first-ever victory at the World Cup when they took on Belgium in what was their first appearance at the tournament in 36 years.

Belgium seemed taken aback by their intense and aggressive player-to-player defensive approach, which caused many problems for Roberto Martínez’s side.

Alphonso Davies had a glorious chance to score Canada’s first-ever goal in the tournament when he placed the ball for a penalty in the 11th minute, but his rather timid effort was saved.

The Maple Leafs did not let their heads drop even after that disappointment, though, as they continued to push on and fashioned 13 other chances, accumulating to 2.16 xG in the first half.

Still, they went into the half-time break behind as Michy Batshuayi struck on the stroke of half-time after getting on the end of a straight long ball.

The second half did not offer the most gripping viewing, but Belgium will not complain. They have got the result they wanted, albeit not in the manner they would have liked.

Even Belgian manager Roberto Martínez admitted that Canada were the better side at the end of the match. While John Herdman’s side took nothing away from this match in the way of points, this was a very encouraging performance that bodes well for the next games.

Surely, this wait will not continue for long.

Here are the matches to look forward to tomorrow as the first round of group fixtures ends.

Switzerland vs Cameroon (13:00 AST):
Group G kicks off tomorrow’s action with Switzerland taking on Cameroon. This group is quite open as far as the second knockout spot is concerned, so this will be a crucial game for both sides’ campaigns.

Uruguay vs South Korea (16:00 AST):
The final group, Group H is next as Uruguay face South Korea. The South American side will be expected to come away with all three points, but South Korea fans will be keen to see how sharp Heung-min Son is as he returns to competitive football after the facial injury he sustained in the Champions League.

Portugal vs Ghana (19:00 AST):
Portugal’s World Cup campaign begins against the lowest-ranked nation at the tournament. All eyes will be on Cristiano Ronaldo after he was officially released by Manchester United yesterday, but the most important thing for Portugal will be to start their group stage on the right foot ahead of a tough test against Uruguay.

Brazil vs Serbia (22:00 AST):
Serbia have been backed by many to be dark horses in Qatar, and their credentials will be put through a trial by fire as they face FIFA ranking leaders Brazil, who feature in the last match of the first round of fixtures. Brazil will also have a point to prove, as they are being talked up by many as favourites to win their first World Cup in two decades.