Brazil 2-0 Serbia: Player ratings as Richarlison gets Tite’s men to a perfect start in Qatar 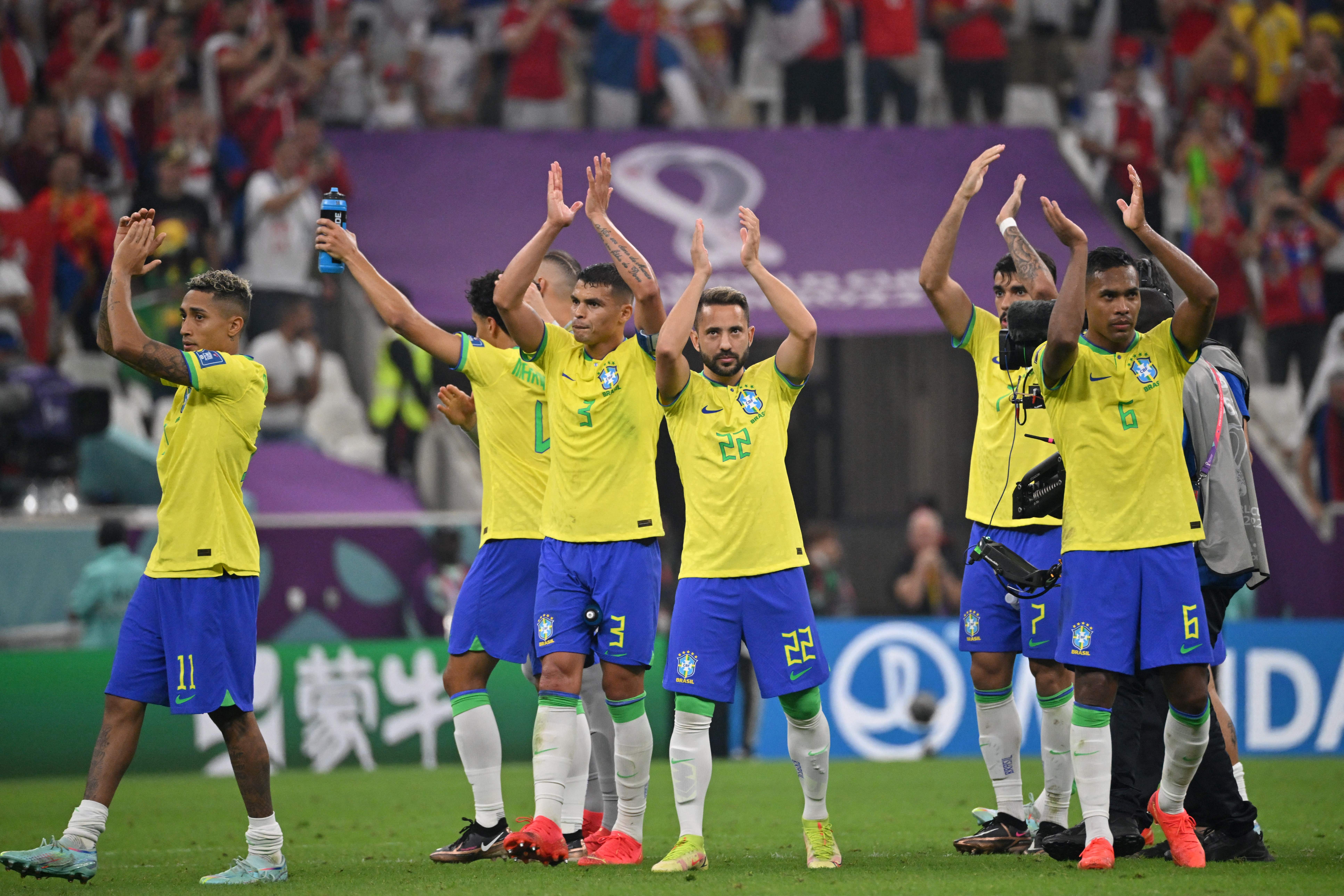 Brazil opened their World Cup campaign on a winning note thanks to a 2-0 triumph over Serbia today at the Lusail Iconic Stadium.

In the final group stage fixture of the opening round of matches, Tite’s men were looking to deliver an early statement of intent but were unable to fly out of the blocks as they would have wanted.

The best chance of the first 45 minutes fell to Raphinha, whose attempt from inside the box was comfortably dealt with.

After a lacklustre performance before the half-time whistle, Brazil upped the ante in the second half as Raphinha spurned another chance to open the scoring within 60 seconds of the restart.

Alex Sandro also came close to giving his side the lead, but his long-range effort beat the goalkeeper but not the woodwork.

Unperturbed by their near misses, Brazil continued to press for the game’s opener and were duly rewarded three minutes past the hour mark when Richarlison was on hand to tap Vinicius Junior’s rebounded effort, which had been originally saved by Vanja Milinkovic-Savic.

Having gone ahead, the five-time world champions started to play with less pressure on their backs but remained in search of a two-goal cushion.

It did arrive in the 73rd minute and in some style too, as Richarlison brought a lovely cross from Vinicius under his spell before acrobatically finishing with aplomb beyond the helpless opposing goalkeeper.

Now two goals up, the Selecao were enjoying a near-perfect outing before having to replace Neymar due to an ankle injury.

However, they continued to dominate the match and could have easily added the icing on the cake late on with Casemiro, Fred and Rodrygo all coming close to getting in on the act.

Alisson (6/10) – Had little to do on the day as he was largely untroubled thanks to a resolute defence in front of him.

Thiago Silva (7/10) – Yet another assured display from the veteran defender who ensured that his goalkeeper was a spectator for most of the game.

Marquinhos (7/10) – Hardly put a foot wrong alongside Silva in the heart of the defence.

Casemiro (7.5/10) – Renowned for defensive acumen in midfield but he exhibited a superb range of passing, while also hitting the crossbar from a superb effort outside the box.

Lucas Paqueta (6/10) – Arguably Brazil’s best player in the first half where he was at the centre of a lot of things, although his influence on the game diminished to a large degree before he was subbed off.

Vinicius Junior (7.5/10) – Was involved in both of his side’s two goals and provided a constant threat down the left-hand side.

Neymar (5/10) – A largely underwhelming display from the Selecao star man who had to come off due to injury 10 minutes from time.

Raphinha (6/10) – Spurned decent chances to break the deadlock in either half but grew into the game as it progressed.

Richarlison (8/10) *MOTM* – Gave his side the lead with a predatory finish from close range before scoring arguably the goal of the competition so far to put the game to bed.

Fred (6/10) – Showed great industry in his brief cameo and nearly got in on the act with a long-range strike.

Rodrygo (6/10) – Was bright and lively for his side after coming on for Vinicius Junior. He also forced a save out of the opposing goalkeeper.

Vanja Milinkovic-Savic (7/10) – Unlucky to have ended up on the losing side as he was helpless for both goals and made six saves to keep the scoreline respectable.

Strahinja Pavlovic (5/10) – Picked up an early caution which left him walking a tightrope for the rest of the game but he managed to hold his own under the circumstances.

Milos Velijkovic (5.5/10) – Under the cosh for the majority of the contest, although he did put in a decent shift in the middle of the back three.

Nikola Milenkovic (6/10) – Completed a game-high eight tackles and was solid in the air, winning both of his aerial duels.

Filip Mladenovic (5/10) – Got forward on several occasions but failed to pose any real threat to the Brazilian defensive unit.

Nemanja Gudelj (5/10) – Was largely outplayed in midfield with his only meaningful contribution being a tactical foul to halt Neymar in his tracks after which he was subbed off almost immediately.

Sasa Lukic (5/10) – Tried his best to stop Brazil from dominating in midfield albeit all to no avail, as he was also brought off alongside his midfield partner with the duo already on yellow cards.

Andrija Zivkovic (6/10) – Posed some problems down the right flank where he linked up with Tadic on several occasions.

Sergej Milinkovic-Savic (5.5/10) – Failed to muster any attacking threat for his side and will be hopeful of a more productive display going forward.

Dusan Tadic (6/10) – Got his team up the pitch on a couple of occasions while also putting on a shift at the other end with four tackles.

Aleksandar Mitrovic (5/10) – The Fulham man was starved of decent service and was unable to get the better of Silva or Marquinhos on the day.

Ivan Ilic (5/10) – Very decent in possession but that was just about it as he offered virtually nothing else.

Nemanja Radonjic (4.5/10) – Deployed in a relatively unfamiliar position for his cameo and it was no surprise to see him struggle.