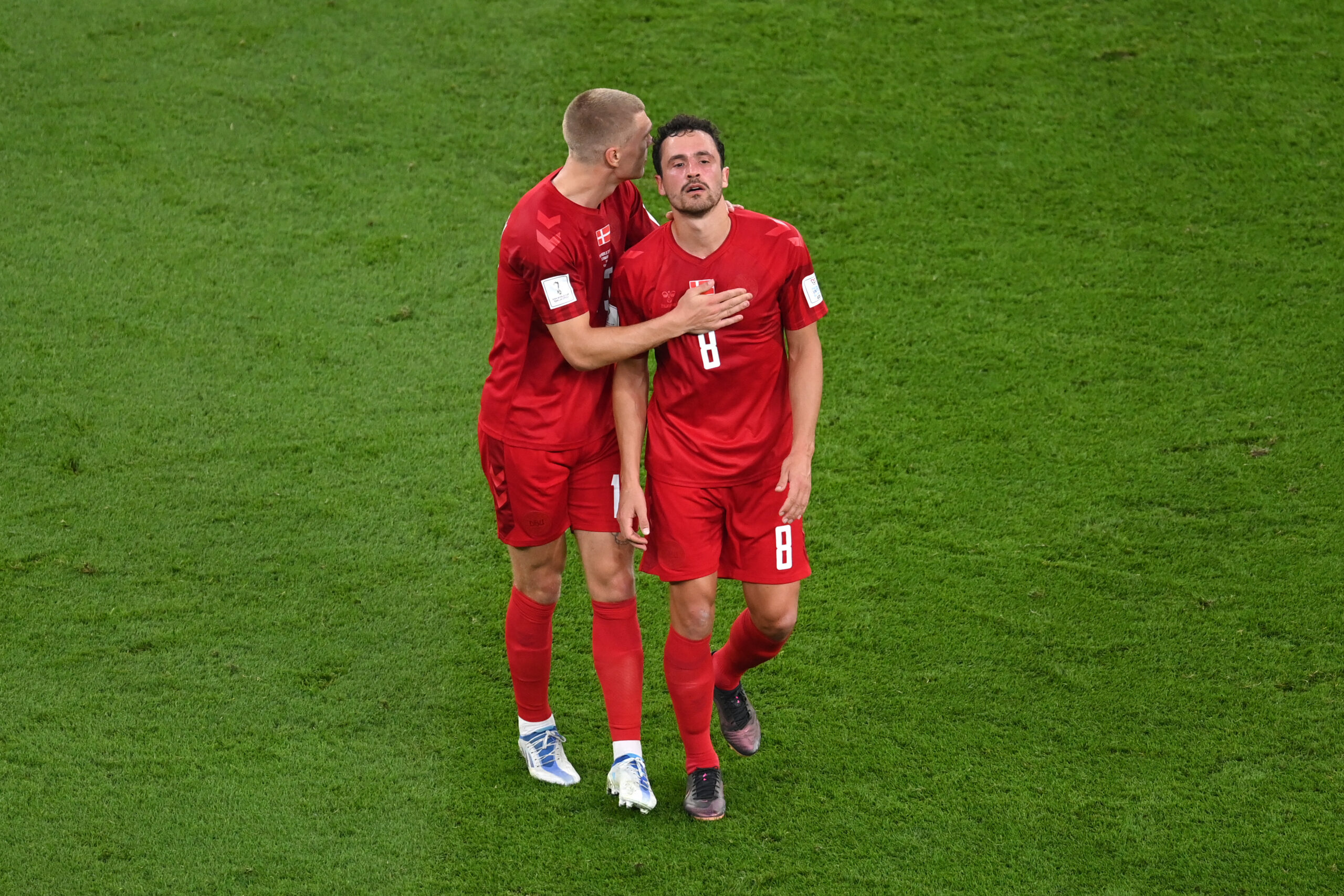 Denmark have announced via the team’s official Twitter account that Thomas Delaney will miss the rest of the World Cup tournament due to injury.

The 31-year-old picked up a knee injury during Denmark’s goalless draw with Tunisia in their World Cup opener.

He went down on the stroke of half-time and was replaced by Brentford’s Mikkel Damsgaard.

After further examinations, the midfielder will spend up to four weeks on the sidelines.

A statement from De Rød-Hvide read: “Thomas Delaney must leave the World Cup camp. He suffered an injury in the Tunisia match.

“We will miss him, both on and off the pitch. Other players are ready, and we have a strong squad for the next matches.”

Delaney’s injury is a massive blow for the Danes, who are regarded as dark horses to win the tournament. However, they will have to soldier on without one of their most influential figures in the dressing room.

The Sevilla man has been capped 72 times by his country and has contributed seven goals. He has been a mainstay in Denmark’s midfield since making his debut in 2013.

Denmark began their tournament with a draw, but it will only get tougher with the Danes set to face title holders France next.

Nothing but maximum points will do for their qualification hopes, so they will be hoping to pull off a massive feat over Les Bleus, who began their title defence with a 4-1 win over Australia.