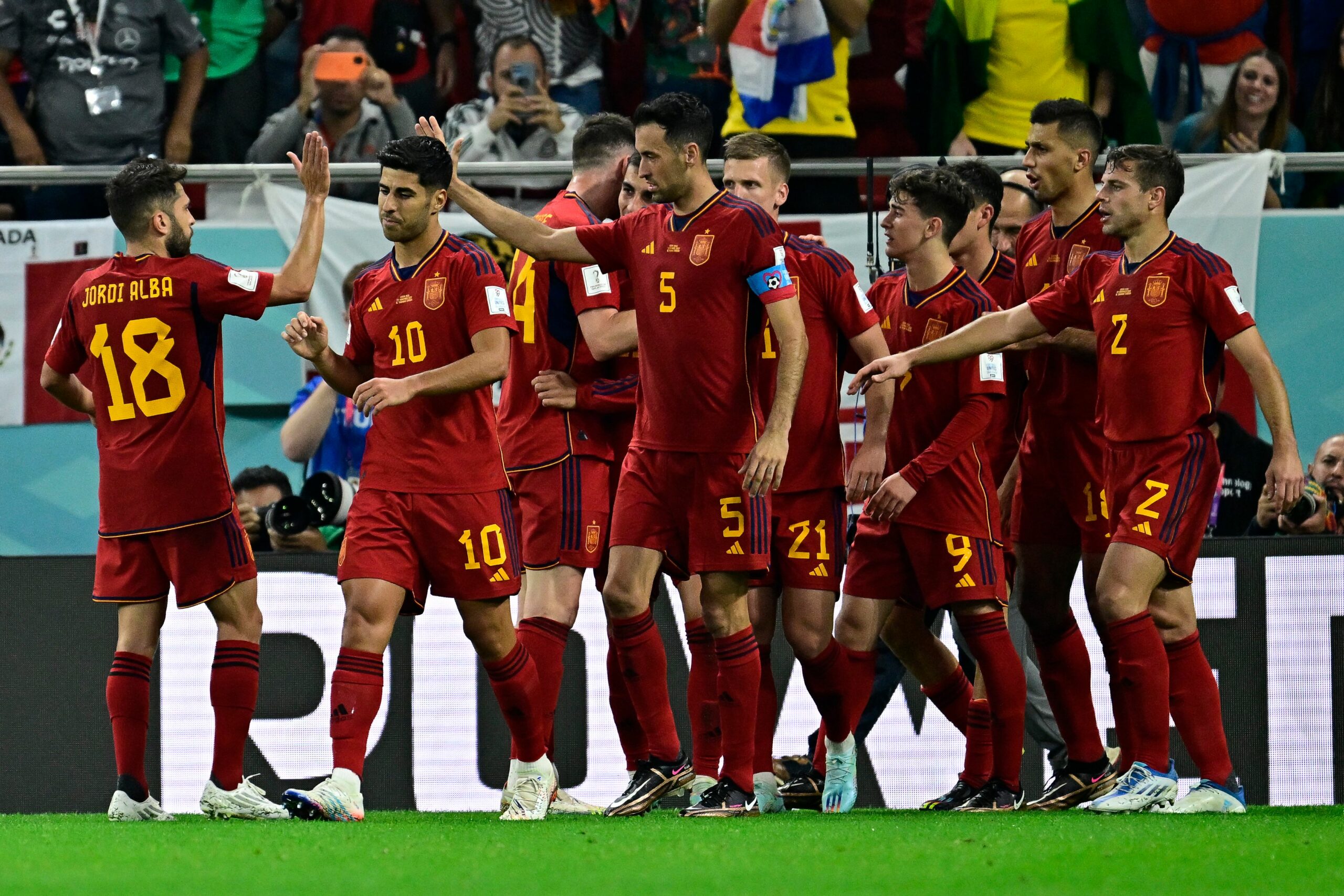 Spain have opened their account in the World Cup 2022 with a dominant 7-0 victory over Costa Rica in the Group E fixture today.

Dani Olmo provided the lead with a brilliant finish inside eleven minutes, and it was a one-sided affair from then on.

Costa Rica were all over the place and hardly had space to breathe against Spain’s relentless attack.

Marco Asensio scored the second of the night not long after Olmo’s strike.

Ferran Torres followed up with a brace before Gavi made it 5-0 with a stunning volley.

It was a dream start for Luis Enrique’s men, who were flawless on all fronts. They will look to build on this victory when they take on Germany on Sunday.

Meanwhile, Costa Rica couldn’t have endured a more miserable evening as they also failed to register a single shot.

Unai Simon (7/10): As mentioned before, Unai Simon was hardly troubled by Costa Rica, and he mostly strolled around the goal.

Rodri (7/10): Relished in his new role as a centre-back. Could be another game-changing tactic from Luis Enrique.

Cesar Azpilicueta (7/10): Azpilicueta was picked ahead of Dani Carvajal as the right back and he didn’t disappoint.

Sergio Busquets (7/10): Ageing like a fine wine. La Roja’s skipper showed again why he is the spine of the team.

Pedri (8/10): Pulled the strings from the midfield with more class. Controlled the ball well and made some dangerous passes into the final third.

Ferran Torres (8/10): Rising to the occasion despite the lack of form at the club level. The Barcelona forward continues to show his importance to the national team.

Dani Olmo ( 8/10): Proved his doubters wrong with a sublime display. Never looked as if he was coming off an injury lay-off. Was a revelation at Euro 2020 and he can be even more prolific in this World Cup.

Alejandro Balde (7/10): Made his senior team debut but showed no signs of nerves. Played a big part in Alvaro Morata’s assist for Gavi.

Alvaro Morata (8/10): An impressive display off the bench. Set up Gavi’s strike with a beautifully lofted ball and also found the scoresheet with a perfect finish past Keylor Navas.

Carlos Soler (7/10): Showed his knack for scoring goals by making late runs into the box.

Keylor Navas (2/10): An embarrassing night for the Paris Saint-Germain goalkeeper, who was hardly supported by the defence.

Oscar Duarte (2/10): Gave away the penalty in the first half and couldn’t withstand the assault of the Spaniards.

Francisco Calvo (2/10): Looked as ineffective as his fellow centre-back partners.

Bryan Oviedo (2/10): One of the veterans of Costa Rica but failed to make any impact.

Keysher Fuller (2/10): Often found himself stranded on the right flank and was also of any significant help in the defence.

Jewison Bennette (3/10): Showed intentions on the counter-attack but Spain were quick to snuff out the threat.

Joel Campbell (2/10): Received a little support from his teammates and was left in the lurch.

Anthony Contreras (2/10): Hardly made any contribution which was understandable due to the entire team’s failings.