Morocco 0-0 Croatia: Player ratings as the Atlas Lions hold the Blazers to a frustrating draw 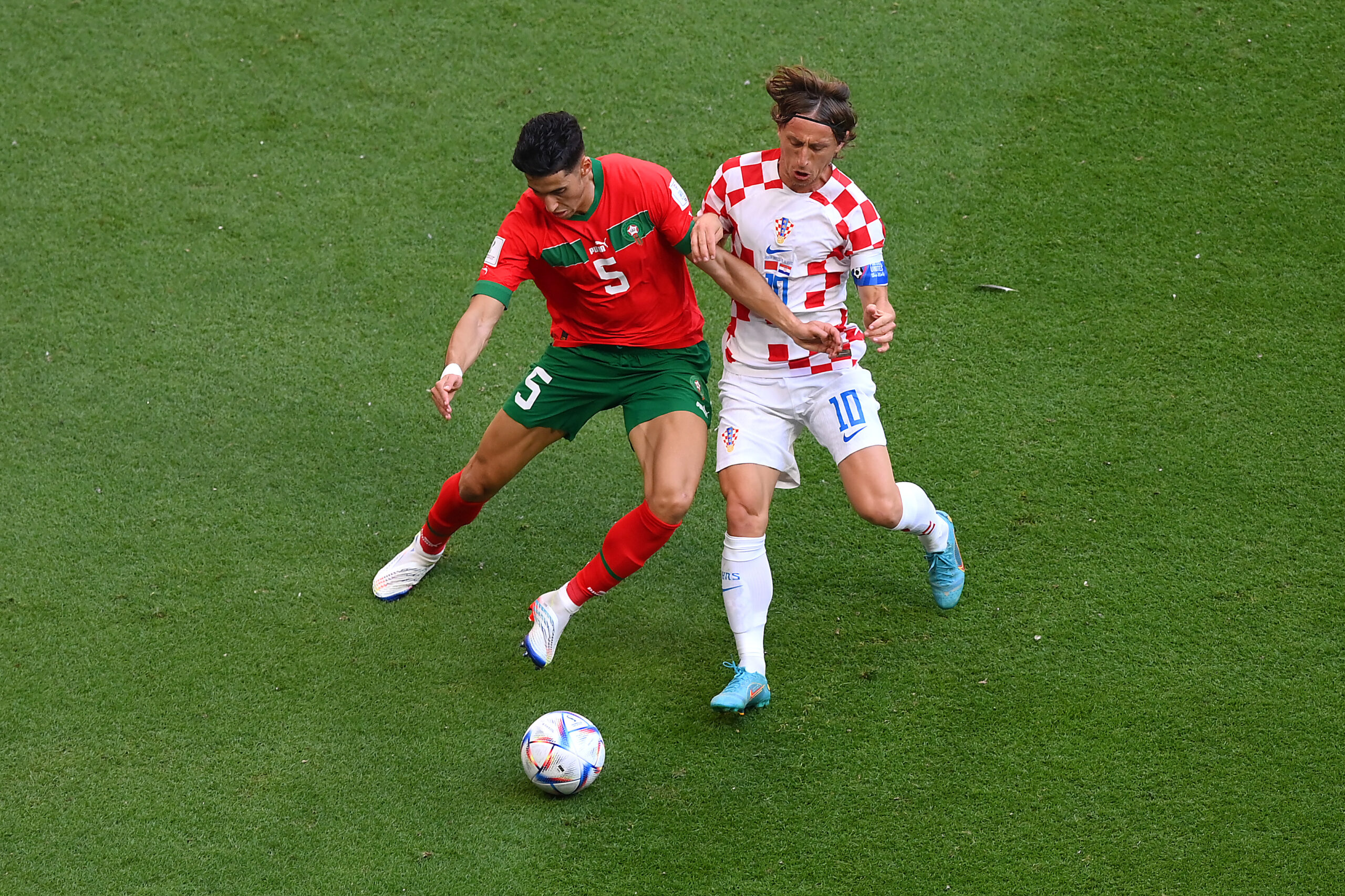 Croatia were held to a frustrating draw in their FIFA World Cup opener for the first time, as a lacklustre encounter with Morocco ended in a goalless stalemate today.

After finishing runners-up in the last edition, and with a new-look side featuring only four starters from the 2018 final, there was plenty of optimism Croatia could once again challenge the world’s elite.

The Vrateni imposed themselves in the tie early on, with Ivan Perišić leading the charge. The Tottenham Hotspur man sent in a long-range dipping shot, but it flew just inches over the crossbar.

However, after Perisic’s effort, Croatia struggled to gain momentum as the Moroccans reacted with an effective pressing pattern that stopped their opponents from creating any clear-cut chances.

The only shot on target before the break came in added time, as Nikola Vlašić met Borna Sosa’s low cross, only to be denied by Yassine Bounou from inside six yards.

Morocco offered little by way of attacking endeavour, but they did well to limit Croatia to half chances. However, they burst into life after the break.

Looking to claim their first World Cup victory since 1998, they came agonisingly close to snatching a shock lead through Sofiane Boufal.

The Angers forward’s penalty shout was waived away despite his shot seemingly striking the arm of Dejan Lovren before Achraf Hakimi drew a save from Dominik Livaković with a wicked curling free-kick.

Ultimately, neither side were able to break the deadlock, and the game fizzled out, leaving both teams to settle for a share of the spoils.

Morocco are still yet to concede under Walid Regragui three months into his reign, while Croatia failed to win their opening World Cup game for the first time.

Morocco will trade tackles next with Belgium, while Croatia have a date with Canada.

Bono (7/10) – Was determined to keep a clean sheet and got it. Made two really good saves to deny Vlasic and Modric and did well claiming crosses.

Achraf Hakimi (6/10) – Came close with a wicked free-kick but did not contribute much more going forward. He was also solid defensively.

Nayef Aguerd (5/10) – Had a decent performance and played his part in the team’s clean sheet.

Noussair Mazraoui (6/10) – Defended well and got into some good attacking positions before going off injured. The Moroccans will be hoping it is nothing serious.

Azzedine Ounahi (6/10) – Bossed the midfield by winning most of his duels. Also caught the eye with his passes.

Sofyan Amrabat (7/10) – Ran the show at the heart of the midfield and capped an impressive performance with an important clearance.

Selim Amallah (5/10) – Did his part in winning possession but was not effective in possession.

Hakim Ziyech (6/10) – Started the game well by putting in some dangerous crosses, but was ineffective in the second half.

Youssef En-Nesyri (5/10) – Did fairly well in the air against the Croatia centre-backs but did not do much else.

Sofiane Boufal (4/10) – Was merely a passenger on the pitch and did not affect the game much.

Dominik Livakovic (6/10) – Made his presence known with two good saves.

Josip Juranovic (5/10) – Was solid defensively but offered next to nothing going forward.

Josko Gvardiol (7/10) – Was defensively solid and comfortable in possession.

Borna Sosa (6/10) – Created the biggest chance of the game with an inviting cross but was quiet after that.

Luka Modric (5/10) – A poor performance by his standards. Missed a big chance and failed to retain the ball in the middle of the park.

Marcelo Brozovic (6/10) – Covered for Modric well and protected his backline.

Nikola Vlasic (4/10) – Struggled to get involved in the first half and missed a big chance.

Andrej Kramaric (4/10) – Failed to make any impact. Did not even have a shot on target.

Ivan Perisic (5/10) – Came close with a good effort and worked hard, but should have offered more in attack.