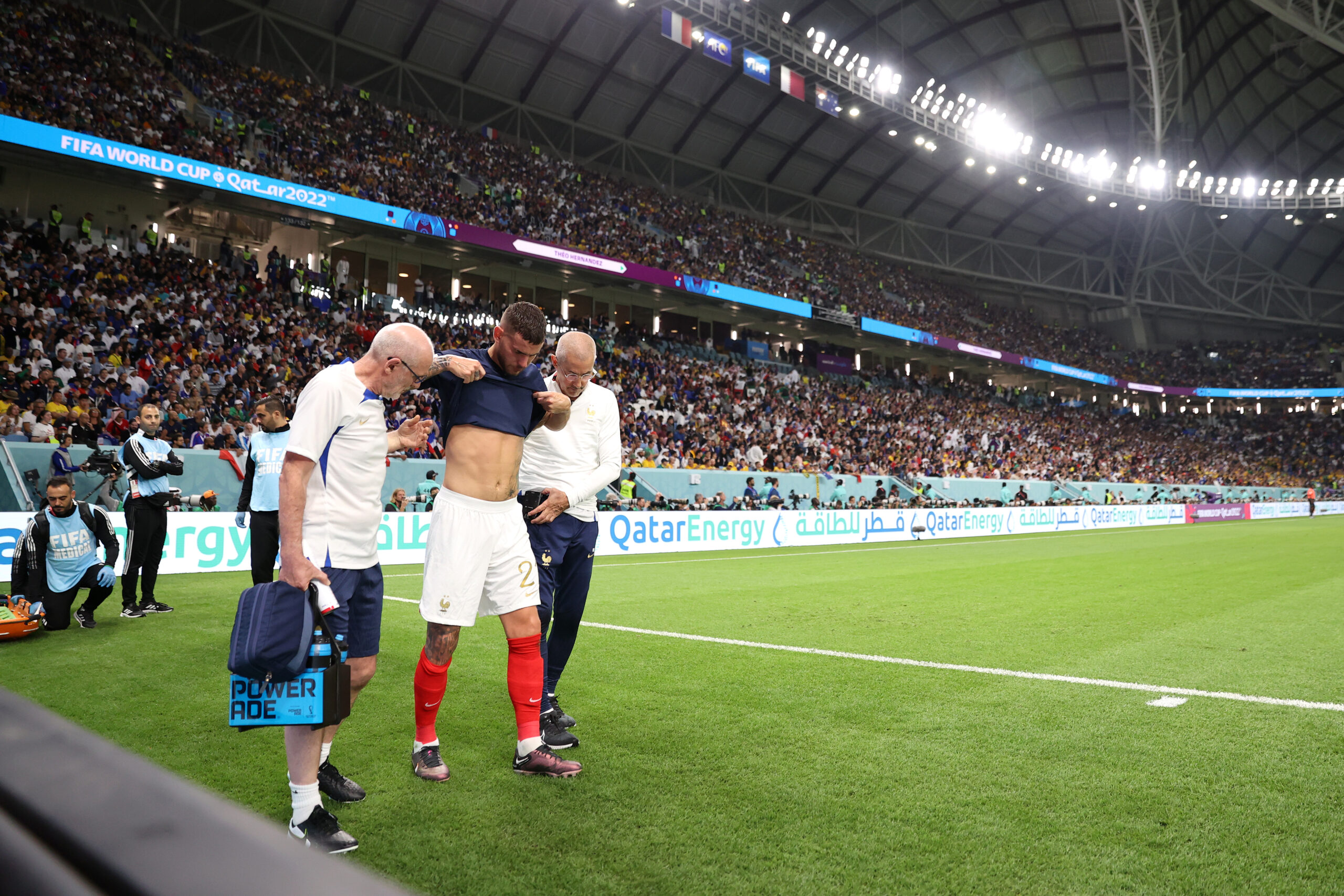 Bayern Munich sporting director Hasan Salihamidzic believes Lucas Hernandez will ‘come back strong’ after the defender picked up an injury during France’s 4-1 win over Australia in their World Cup opener.

The 26-year-old started the game at left-back but only lasted ten minutes. He went down holding his knee in the build-up to Australia’s opening goal in the ninth minute and was replaced by his brother Theo Hernandez.

After the game, the France medical team confirmed that the Bayern centre-back had torn the cruciate ligament in his right knee, effectively ruling him out of the competition.

His injury comes as a blow for both Didier Deschamps’ team and Bayern, but Salihamidzic remains confident that the defender will return to full fitness stronger.

“Of course, we are all shocked and very much regret it – but Lucas is a fighter and will come back strong,” the sporting director told Kicker.

When asked if Bayern will look for a replacement in the transfer market, Salihamidžić was adamant in his response: “We won’t do anything in winter,” he added.

Hernandez is expected to leave Doha and return to Munich for an operation before beginning his rehabilitation.

Despite his absence, France showed their class, running out convincing winners at the Al Janoub Stadium to begin their title defence with a bang.

They will look to pick up where they left off when they face Denmark in their second Group D game, although the Danes will be expected to put up a better fight than the Australians did.

Hernandez is the second Bayern player to get injured while on international duty. Sadio Mané ruptured his tendon with Senegal and isn’t expected to return until early March.

The club will be hoping for better fortunes going forward, with a tough clash against RB Leipzig coming up in the Bundesliga when club football returns.