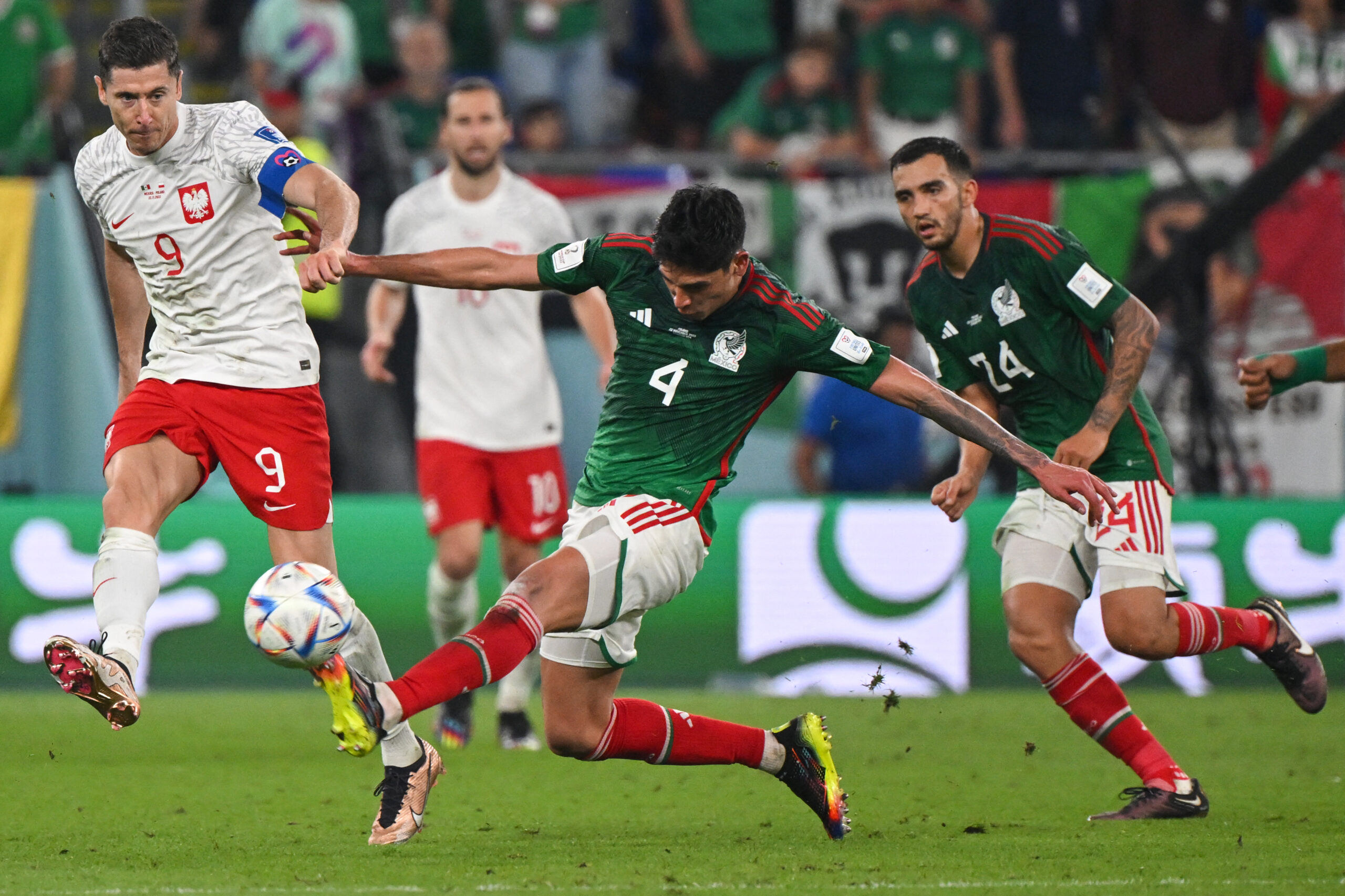 The 2022 World Cup Group C encounter between Mexico and Poland started at a high tempo with the former creating the first good opening.

Hirving Lozano stole the ball and whipped in a dangerous ball that Alexis Vega could not connect with.

Lozano continued to cause trouble down the left, and the Polish defence had to be alert to defend against him.

Wojciech Szczesny had to be alert to palm a shot away from Jorge Sanchez after Henry Martin set him up as Mexico continued to probe.

It was a half of few chances, but Mexico were the better team. The xG stood at Mexico 0.35 and Poland 0.04.

Eight minutes after the restart, the game came to life. The ball ricocheted between two Mexican defenders, and Hector Moreno pulled down Robert Lewandowski.

VAR called the referee’s attention to the incident, and he gave the penalty. Lewandowski stepped up, but Guillermo Ochoa looked unfazed. The keeper went the right way to deny the Barcelona man.

Ochoa had denied Lewandowski his 77th national team goal and his first at the World Cup. It stayed 0-0, but the incredible atmosphere became more raucous.

Ten minutes later, Mexico tested Szczesny. A shot from Edson Alvarez deflected off Martin, and the Juventus keeper had to react quickly to save.

Mexico continued to dominate but struggled to find the final ball they needed to carve out a good opening.

Guillermo Ochoa (9/10) – The Veteran keeper came through for his nation again on the grandest stage. He went the right way to deny Lewandowski from the spot.

Jorge Sanchez (5.5/10) – He got forward many times but was poor defensively. Poland got by him on many occasions.

Cesar Montes (6/10) – It was not a standout performance but not poor. He was solid for most of the game.

Hector Moreno (6/10) – The veteran defended resolutely but gave away a silly penalty for pulling Lewandowski down. He has Ochoa to thank.

Jesus Gallardo (6.5/10) – He defended valiantly down the left and performed well. He didn’t get forward a lot.

Edson Alvarez (7.5/10)– The Ajax man shielded his defence well. Hustled and harried attacks away from his goal.

Luis Chavez (7/10) – He kept things ticking and won most of his ground duels. It was a good performance from the midfielder.

Alexis Vega (7/10) – He caused Cash many problems with his piercing runs. He was an outlet and dangerous all night.

Henry Martin (6.5/10) – He struggled to link play and missed the best chance for Mexico.

Hirving Lozano (7.5/10) – The Napoli winger caused many problems in the first half, but Poland did well to shut him down in the second. Ultimately, the end product was missing today.

Wojciech Szczesny (7/10) – He made the saves when called upon and was solid between the sticks.

Bartosz Bereszynski (5.5/10) – The Sampdoria defender struggled against Lozano in the first half and was poor for most of the game.

Kamil Glik (7/10) – The Benevento defender was solid and led his defensive line well.

Jakub Kiwior (6/10) – He tried a lot of long balls that did not find their targets. He defended well.

Matty Cash (6/10) – The Aston Villa man struggled with the dangerous Vega, but he held his own.

Jakub Kaminski (5/10) – He struggled to keep play ticking and lost many duels.

Grzegorz Krychowiak (6/10) – The former Paris Saint-Germain midfielder struggled to find his range, and the game flew past him sometimes.

Sebastian Szymanski (6.5/10) – He was a positive force down the left side but struggled to make a telling impact.

Nicola Zalewski (6/10) – He kept things moving with his passing but was a passenger for most of the affair.

Piotr Zielinski (7.5/10) – The Napoli midfielder knows how to pop up in dangerous spaces and move the ball into good areas. It was a good performance from Zielinski.

Robert Lewandowski (7/10) – Lewandowski had the best opportunity to score but missed from the spot. However, he showed expert-level holdup/linkup play.