Leroy Sane out for Germany’s World Cup opener vs Japan 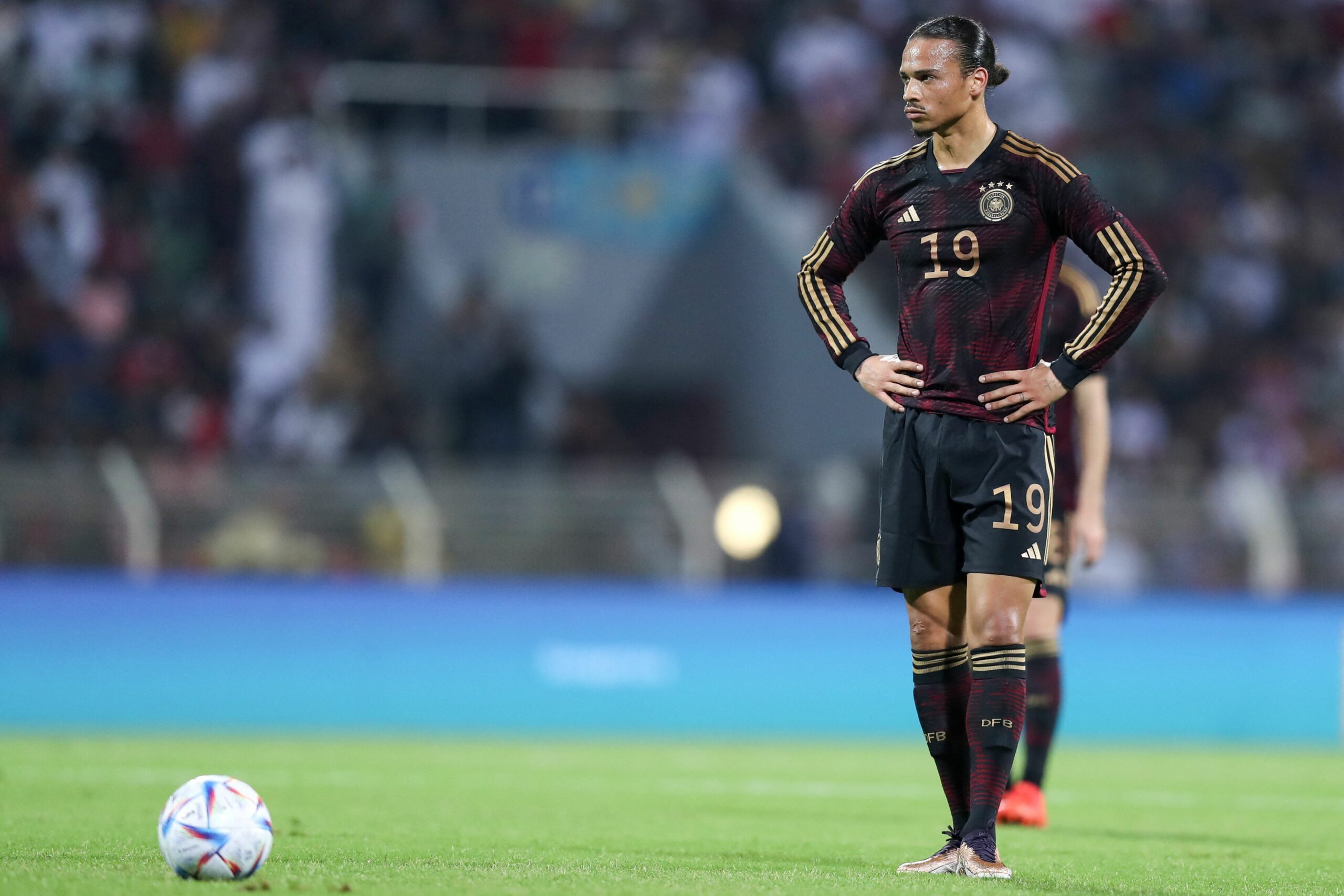 Bayern Munich attacker Leroy Sane has been ruled out of Germany’s World Cup opener against Japan tomorrow with a knee injury.

The former Manchester City and Schalke 04 forward has been dealing with knee issues and was not in training this morning.

On Tuesday morning, a statement from the German Football Association (DFB) read: “The German National team must be without Leroy Sane in her World Cup opening game against Japan on Wednesday.

“The 26-year-old offensive player from champions FC Bayern Munich is unavailable against the four-time Asian champions due to knee problems. The remaining 25 players of the German World Cup squad took part in the final training session in Al-Shamal.

“After lunch, the four-time world champions’ squad head to Qatar’s capital, Doha, where captain Manuel Neuer and company will spend the night before the opening game.”

The injury is a big blow for Die Mannschaft. He is one of the most in-form attackers in the squad. The Bavarian club demanded more from Sane this season, and he has delivered.

Sane has ten goals and six assists in 19 appearances for Bayern this season.

Germany head coach Hansi Flick will speak to the press later today and shed more light on the situation. He will be alongside Sane’s Bayern team-mate, Joshua Kimmich.

Flick has Serge Gnabry and Kai Havertz to play on the right wing. Thomas Muller can play there, but he is battling with injuries. Jamal Musiala, Julian Brandt and Mario Gotze can play out wide too.

Germany know they have to get a decent result to set their campaign on the right track. Flick’s men are not favourites, but the world expects them to make a deep run after some abysmal displays at recent tournaments.

They have a lot to make up for after their poor showing in Russia in 20,18 when they suffered their earliest World Cup exit in 80 years.

They also crashed out in the round of 16 at the 2020 European Championships. Die Mannschaft need a strong 2022 World Cup campaign to banish those memories.