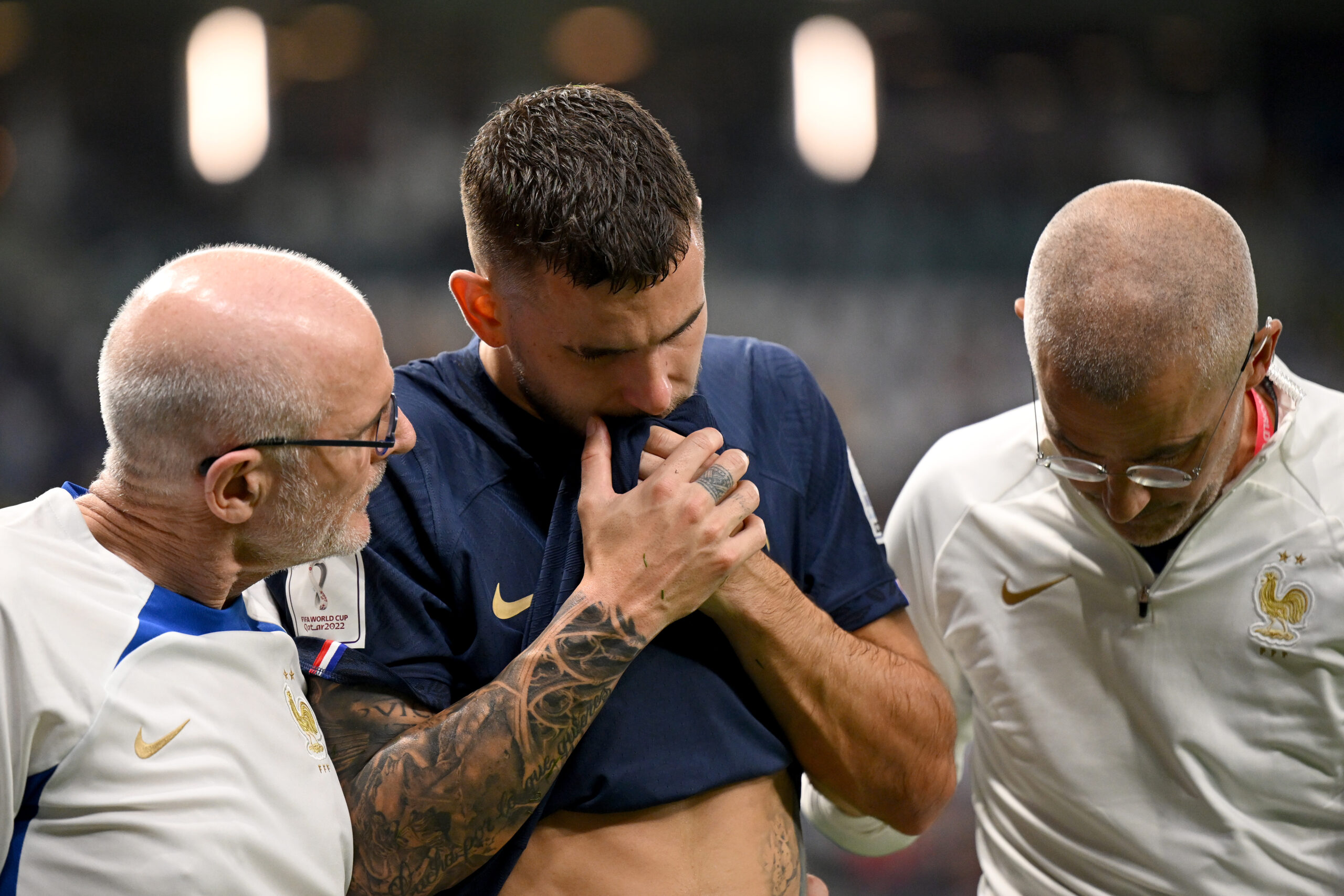 The French national team staff fear the worst concerning Lucas Hernandez after he came off in their 2022 World Cup opener against Australia tonight, according to TF1 (via GFFN),

Hernandez started the game at left-back but had to leave the pitch after only ten minutes. He suffered a non-contact injury following a defensive action.

The Bayern Munich defender stayed down in pain, and the medical staff had to help him off the pitch.

His season hangs in the balance, although the details are still hazy. There is speculation that it is not only his World Cup campaign that is over but his season with his club.

Hernandez battled back from injury to be ready for the World Cup. The defender sustained an adductor injury during Bayern’s first-leg 2-0 Champions League victory over Barcelona.

The injury ruled Hernandez out for five weeks. He returned for Bayern against Hertha Berlin on November 5.

France and Bayern will hope that the scan results they get between tonight and tomorrow morning are positive. Didier Deschamps can no longer call up a replacement. He did not sound very optimistic about Hernandez’s situation, saying he thinks it is serious.

Theo Hernandez, Lucas’ brother, replaced him and will probably do the same for the rest of the tournament. The AC Milan left-back provided the assist for Adrien Rabiot’s equaliser minutes after coming on.

He has five assists in his eight caps for Les Bleus. He provides a more attacking threat than his brother and has improved defensively during his time in Serie A.

The former Real Madrid man is also a specialist left-back, while Lucas is a central defender that can play as a left-back.

With France struggling to get forward from their right due to Benjamin Pavard starting, Theo evens things up with his dynamic attacking threat.