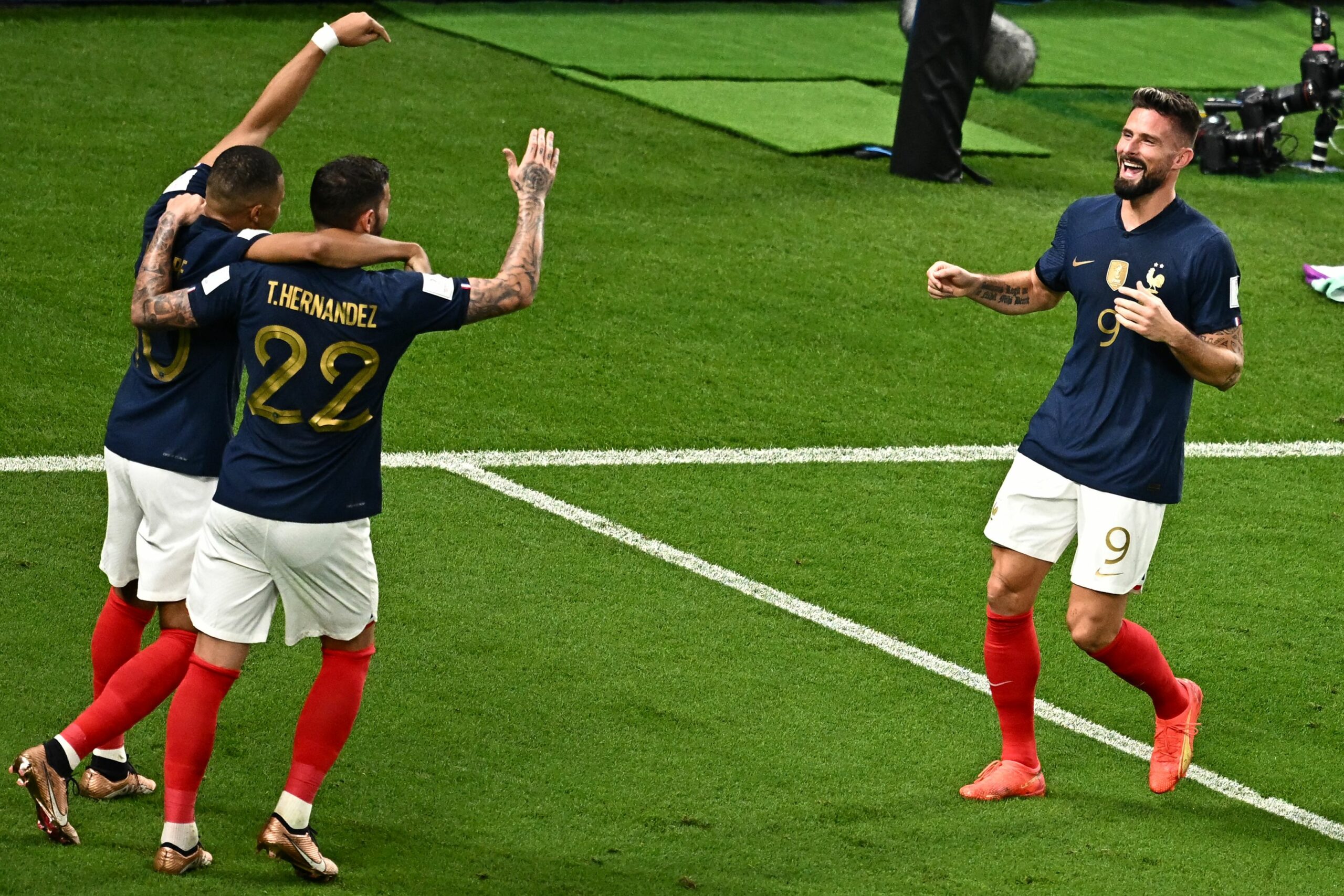 In a day of World Cup shocks, another seemed to be on the way when the Socceroos took an early lead. Matthew Leckie beat Lucas Hernandez and picked out Craig Goodwin at the back post, and he emphatically finished into the roof of the net.

France’s lacklustre start continued as they struggled to create anything of note for the opening 25 minutes. Meanwhile, Mitchell Duke came close to doubling his side’s advantage when he struck narrowly wide from distance.

But Australia’s joy came to an end eventually. Theo Hernandez – who replaced brother Lucas early on – swung in a cross for Adrien Rabiot to head in unmarked.

And just five minutes later, Les Bleus got themselves in front. Rabiot was once again involved, collecting the ball from Kylian Mbappe’s backheel before teeing up Olivier Giroud for a tap in.

For the following 15 minutes, Didier Deschamps’ men pushed hard for a third goal. Mbappe set up Ousmane Dembele and Antoine Griezmann, but neither were able to hit the target.

Meanwhile, Griezmann also found Mbappe with a looping cross, but the Paris Saint-Germain star volleyed over from close range when he ought to have scored.

However, Australia were still capable of threatening and came within inches of netting an equaliser just before half time. Riley McGree clipped a cross into Jackson Irvine, who planted his header onto the post.

Shortly after the break, Giroud almost bagged his second in spectacular fashion. Hernandez’s cross picked out the former Arsenal man, and he acrobatically volleyed narrowly wide.

France continued to pile on the pressure, and with that came their third goal. Dembele’s cross found Mbappe inside the six-yard box, and he glanced his header in off the post.

Just moments later, Mbappe turned provider for his side’s fourth. He burst down the wing and crossed for Giroud, who nodded in to put the game to bed.

The goal was his 51st in international football – taking him level with Henry in France’s record books.

As the game drew to a close, the defending champions looked the more likely to add to the scoreline. Mbappe miscontrolled when well placed, and Ibrahima Konate had a header from a corner well saved by Mat Ryan.

The victory ensures that France go top of the group, while Australia are fourth. Tunisia and Denmark occupy second and third place following their draw earlier on.

Hugo Lloris (5/10) – Could do little about Goodwin’s goal. Hardly called upon.

Benjamin Pavard (5/10) – Got caught out at the back post for the opener. Didn’t offer much going forward.

Ibrahima Konate (7/10) – Had a questionable start, but became more dominant as the game went on. Unlucky not to score.

Lucas Hernandez (NA/10) – Substituted in the 12th minute with an injury.

Adrien Rabiot (8/10) – Played a key role in getting his side back into the game. A good header to equalise before assisting Giroud’s first.

Ousmane Dembele (7/10) – Drifted in and out of the game, but had plenty of bright moments. Got an assist for Mbappe.

Antoine Griezmann (7/10) – Linked the play well and was involved in most of France’s attacking play.

Kylian Mbappe (9/10) – Absolutely electric down the left, looking dangerous every time he got the ball. Scored and assisted in the second half to wrap up the three points.

Olivier Giroud (9/10) *MOTM* – A top-class performance on a special night for the forward. Bullied the Australian backline, linked up brilliantly, and scored twice.

Mat Ryan (5/10) – Maybe could have done better with Rabiot’s goal. Made one good save late on from Konate.

Nathaniel Atkinson (4/10) – Tasked with stopping Mbappe and looked completely out of his depth. Lost the ball in the build-up to Giroud’s first.

Harry Souttar (5/10) – Played a brilliant pass in the lead up to Goodwin’s goal. However, it was all downhill from there.

Kye Rowles (5/10) – Couldn’t deal with the strength of Giroud. A difficult outing.

Aziz Behich (6/10) – Made one excellent goalline clearance to deny Griezmann and showed some attacking threat occasionally. Sometimes given a difficult time by Dembele.

Riley McGree (5/10) – Made a bright start to the game and was unlucky not to have an assist for Irvine before half time. Struggled once France found their rhythm.

Matthew Leckie (6/10) – Got himself a magnificent assist. Was unable to push on from this.

Mitchell Duke (6/10) – Worked hard and caused some problems early on. Came close to scoring with a speculative effort.

Craig Goodwin (6/10) – Took his goal excellently. Did little else of note.