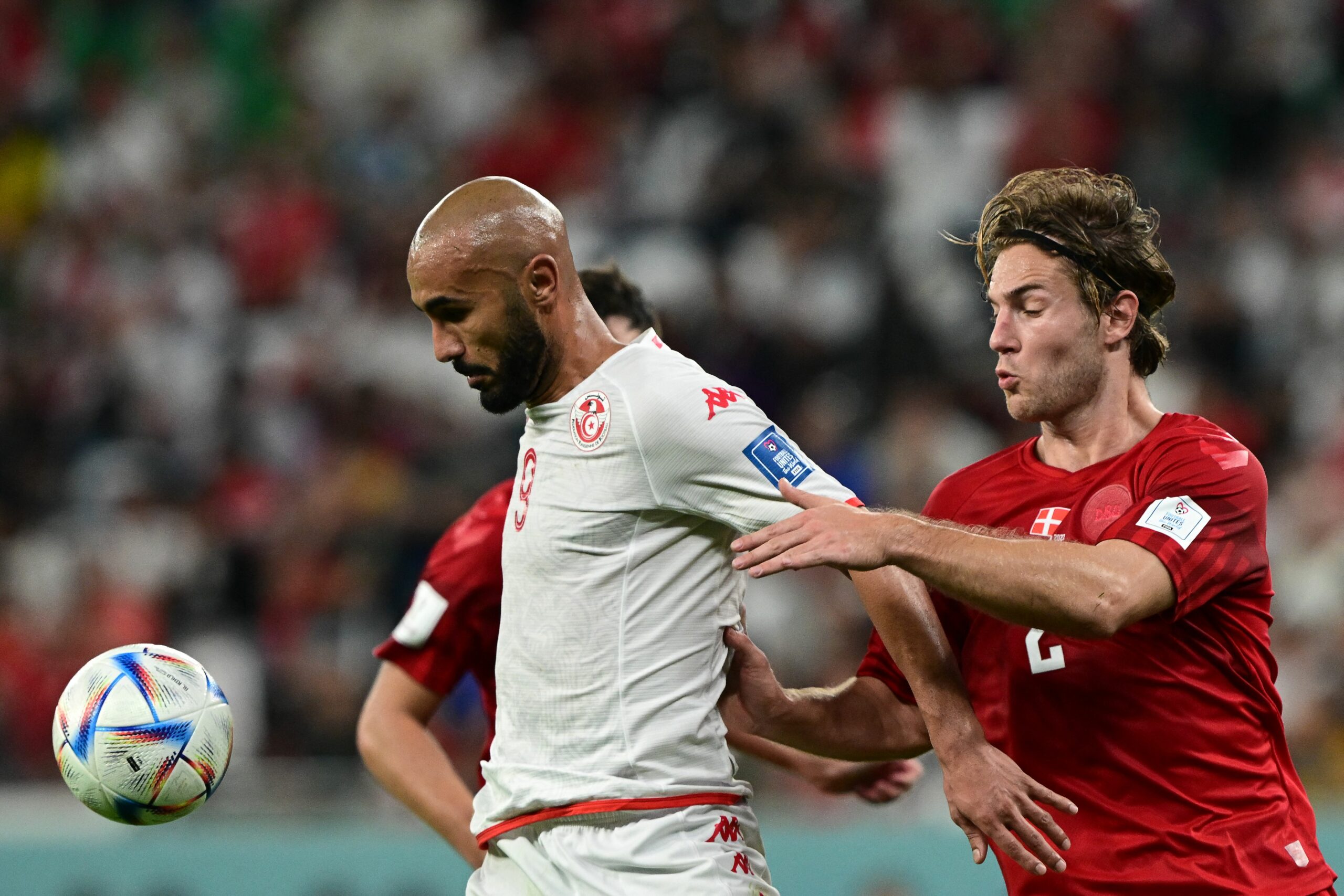 Denmark and Tunisia had to settle for a point in their opening game, playing out an eventful 0-0 draw.

It was a quiet first half, during which the Eagles of Carthage had the better of the chances. Mohamed Drager had a shot from distance deflected narrowly wide, while Issam Jebali had a goal ruled out for offside.

Shortly before half time, the biggest chance of the opening period came, and it once again fell to Tunisia. Youssef Msakni played Jebali clean through on goal, but his attempted lob was just about kept out by Kasper Schmeichel.

The Danes began to show more threat after the break, and thought they had taken the lead when Andreas Skov Olsen found the bottom corner. However, the celebrations were brought to a quick halt by the offside flag.

As the clock ticked by, Denmark cranked up the pressure. Christian Eriksen struck a powerful effort towards the top corner, but goalkeeper Aymen Dahmen was equal to it.

From the resulting corner, Andreas Christensen nodded down for Andreas Cornelius. Somehow, the forward could only head his attempt onto the post from point-blank range.

Heading into injury time, and Denmark continued to go in search of a winning goal. Jesper Lindstrom’s long-range shot was well saved, and they were denied a possible penalty by a VAR check.

But neither side was able to break the deadlock. Both sides occupy the top two places in the group, with France and Australia set to face off later today.

Kasper Schmeichel (7/10) – Made one vital save to deny Jebali in the first half. Good distribution and quick off his line.

Joachim Andersen (7/10) – Rarely tested at the back. Good on the ball and won a few headers from corners.

Simon Kjaer (6/10) – Defended reasonably well, although sometimes struggled to deal with the threat of Jebali.

Andreas Christensen (7/10) – Should have got an assist for Cornelius in the second half. Had a solid game.

Pierre-Emile Hojbjerg (6/10) – Got overrun a bit in the first half. Grew into the game as Denmark started to take control.

Thomas Delaney (5/10) – Struggled to make an impact. Substituted before half time with an injury.

Christian Eriksen (5/10) – Had one shot well saved in the second half, but was far from his brilliant best.

Andreas Skov Olsen (5/10) – Had a goal ruled out, but was otherwise fairly quiet.

Kasper Dolberg (5/10) – Found himself isolated for much of the game. Unable to get himself involved.

Aymen Dahmen (7/10) – Made a couple of impressive saves, most notably one from Eriksen in the second half. Claimed a few crosses well.

Mohamed Drager (7/10) – Provided plenty of energy down the right and didn’t allow much past him at the back. Came close to scoring early on.

Montassar Talbi (7/10) – Managed the threat of the Danish forwards well enough, preventing them from creating anything meaningful in open play.

Dylan Bronn (7/10) – Came under a lot of pressure in the second half and held firm.

Yassine Meriah (7/10) – Managed to keep Denmark at bay with a spirited performance.

Aissa Laidouni (8/10) *MOTM* – Came up against one of the tournament’s strongest midfields and stood out. Energetic, combative, and composed.

Ellyes Shkiri (6/10) – Showed plenty of fight in midfield and helped nullify the quality of Eriksen.

Youssef Msakni (6/10) – Played one excellent through ball to Jebali which ought to have been converted. Otherwise fairly unimpressive.