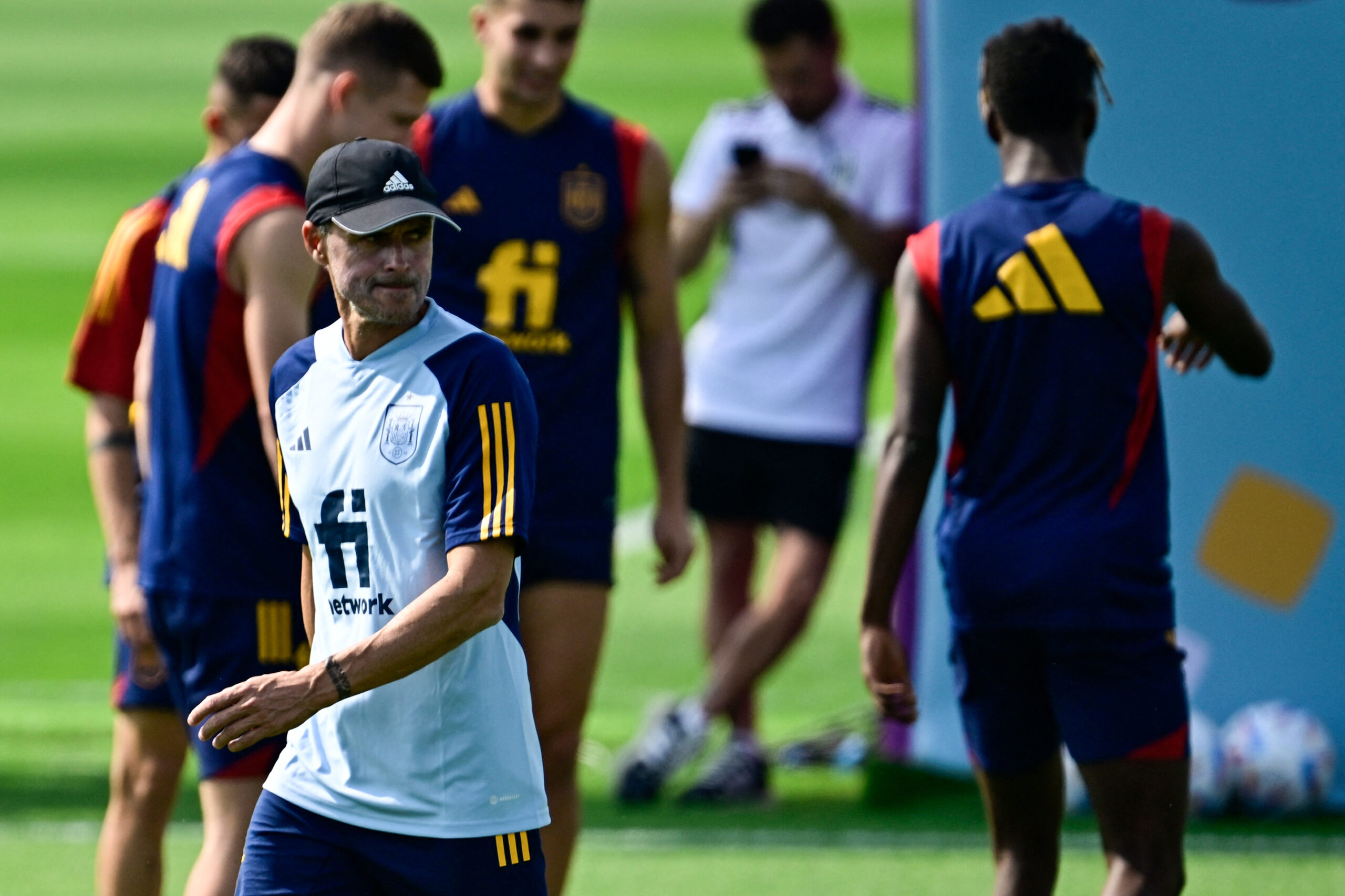 Atletico Madrid and Manchester United are keeping tabs on Spain head coach Luis Enrique, according to Diario AS.

Enrique was appointed La Roja’s manager in 2019 and has since done an excellent job, leading his side to the 2020 European Championship semi-finals and a runners-up finish in the Nations League last year.

However, Enrique’s future looks uncertain as his contract expires after the 2022 World Cup, and he remains coy over a renewal.

The Spanish Football Federation (RFEF) has names such as Marcelino, Luis de la Fuente and Ernesto Valverde in their mind as replacement options, although the priority is convincing Enrique to an extension.

Atletico and United are closely monitoring Enrique’s situation, identifying him as a top candidate for the managerial role.

Los Rojiblancos are said to be actively looking for a successor to Diego Simeone, whose job is in jeopardy following a turbulent first half this season.

The 2020/21 La Liga champions have reached new lows this season by exiting the Champions League from the group stage and failing to secure a spot in the Europa League.

Simeone, who has been with Atletico since 2011, could leave the capital club at the end of this season, with the club planning an overhaul next summer.

Atletico’s CEO Miguel Angel Gil Marin is an admirer of Enrique, whom he cites as an ideal manager to carry on Simeone’s legacy.

Gil Marin explored the option of recruiting Enrique a few years ago, and the former Barcelona boss also told the Atletico chief that he would consider the offer in future.

Ex-Chelsea manager Thomas Tuchel has also emerged as a potential replacement for Simeone.

United have retained an interest in the former Celta Vigo boss, who was on their list of candidates for the managerial role before the appointment of Erik ten Hag.

The Red Devils have placed a huge trust in Ten Hag’s project, but his future at Old Trafford depends on how he fares this season.

Enrique is currently focused on the World Cup in Qatar. Spain face Costa Rica in their opening group stage game on Wednesday.