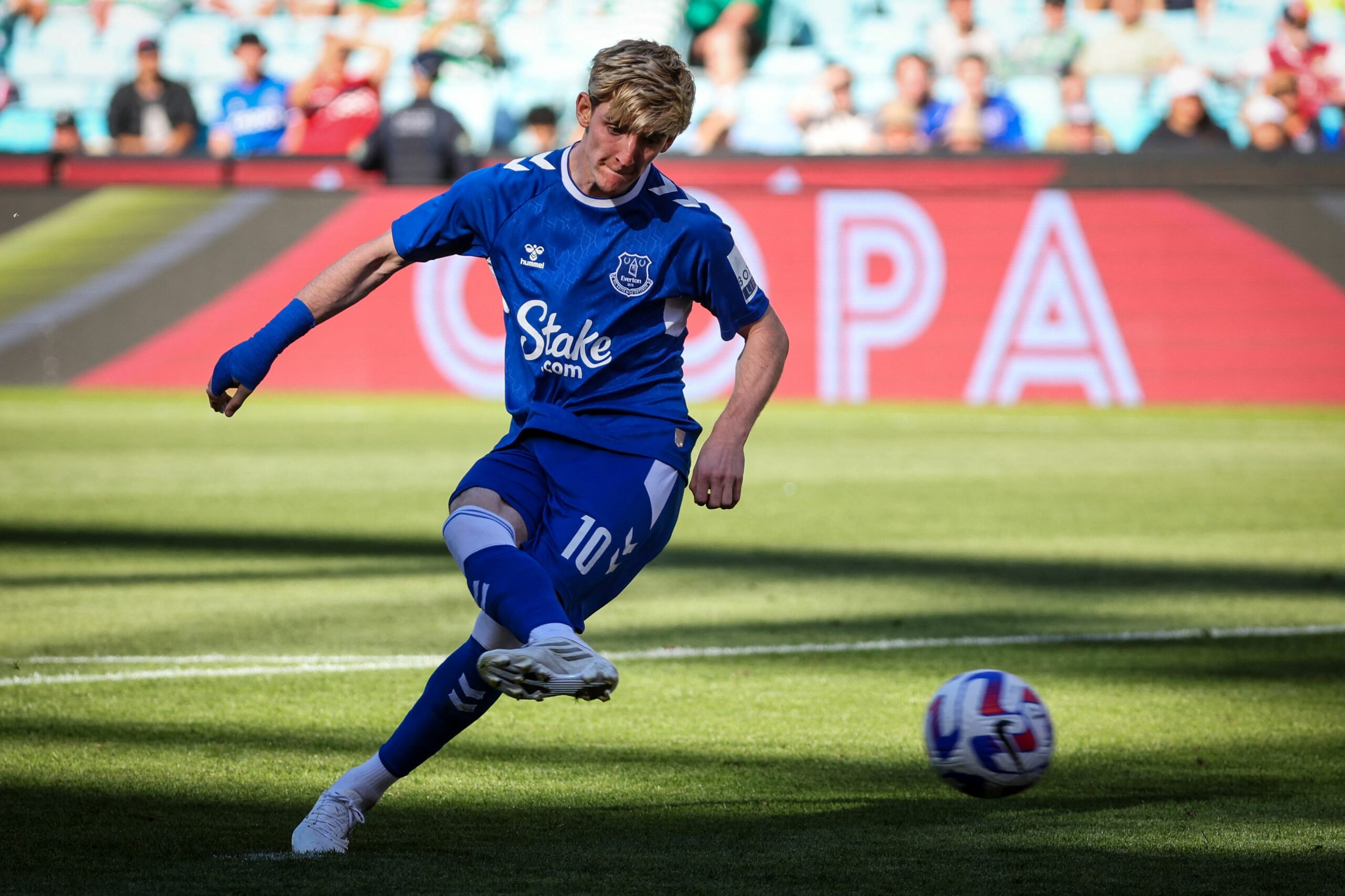 Tottenham Hotspur are keeping tabs on Everton forward Anthony Gordon ahead of a potential move in January, according to football.london.

Spurs boss Antonio Conte is weighing up his options for the upcoming winter transfer window and has identified Gordon as a top target to reinforce the attack.

Gordon turned the head of the top European clubs following his breakout season last term, where he racked up four goals and three assists in all competitions.

Chelsea were keen on luring the English forward to Stamford Bridge and willing to meet Toffees’ asking price of around £60 million.

However, the west Londoners gave up their pursuit in the summer transfer window after learning about Frank Lampard’s reluctance to sell the talented prospect.

Gordon is still on Chelsea’s radar, but they are now joined by their London rivals Tottenham in the transfer race.

The 21-year-old, who has scored three goals in the Premier League this season, has a contract until 2025 and his valuation remains unchanged.

Spurs will reportedly find it more difficult to sign Gordon in January than next summer, but they are ready to pounce if an opportunity arises.

Attacking reinforcements are a priority for Spurs in the winter transfer exchange, with Bryan Gil and Lucas Moura linked with an exit.

The north Londoners have also added Atalanta’s Ruslan Malinovskyi to their wishlist, with the Ukrainian star available for a cut-price fee due to his contract expiring next summer.

The Lilywhites are fourth in the Premier League this season and have also qualified for the Champions League round of 16 after a dramatic win against Marseille in their final group stage game.