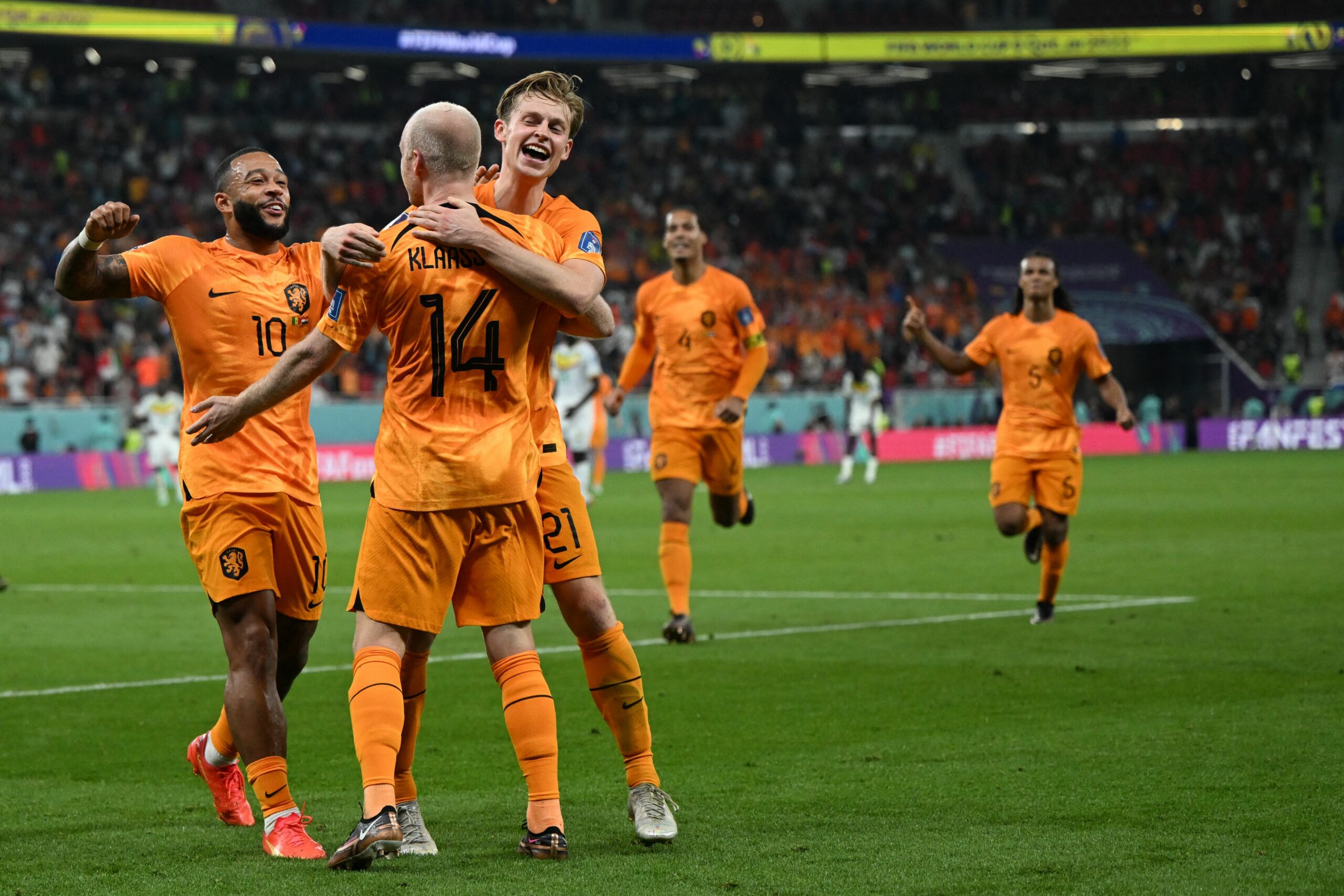 The Netherlands opened their World Cup account with a 2-0 victory over Sadio Mane-less Senegal, but it was by no means a stroll in the park.

The Dutchmen started the game on the front foot, but they were guilty of wasting chances, much to Van Gaal’s disappointment as the Dutch manager had earlier suggested his side ‘don’t have the best players’ in the build-up to this contest.

Cody Gakpo spurned a great opportunity to fire the Netherlands ahead before Frenkie de Jong dithered on the ball inside the area when he only had Edouard Mendy to beat.

Senegal found it hard to establish themselves in the game for much of the opening period. But Ismaïla Sarr’s fierce effort that was headed to safety by Virgil van Dijk proved that the African Cup of Nations winners were up for the fight.

The second half followed a similar pattern to the first, with the Dutch controlling proceedings and spurning chances while Senegal looked to catch them on the break.

Van Dijk came close to breaking the deadlock early in the second, thundering a header goalwards, but it sailed narrowly over the crossbar.

Despite being on the back foot for most of the match, the best chance of the game arguably fell the way of Senegal, but as Boulaye Dia wriggled to find space in the box, he failed to hit the target with his effort.

Senegal did not offer too much attacking prowess, but they proved resilient at the back, and the Netherlands found it difficult to break down their defence.

It looked like the African champions would steal a late winner, but some impressive goalkeeping from debutant Andries Noppert was enough to rebuff the efforts of Idrissa Gueye.

With the game heading towards a stalemate, PSV Eindhoven sensation Gakpo headed home De Jong’s enticing delivery to snatch a lead for the Dutch.

Davy Klaassen then added a second deep into stoppage time to ensure maximum points for the Netherlands in their first game at a World Cup since 2014.

Netherlands are now joint top of Group A alongside Ecuador, who also secured a 2-0 win over host nation Qatar yesterday.

Senegal and Qatar will slug it out in their next fixture – a game where nothing but a will do for either side if they want to progress from the group stage.

Edouard Mendy (4/10) – Should take some of the blame for his side’s result. Was solid for much of the game until the Netherlands’ opener. He did even worse on the second and was not as confident as we are used to seeing from the Chelsea player.

Youssouf Sabaly (5/10) – Did okay but failed to stamp any authority on the game.

Kalidou Koulibaly (5/10) – Was not spectacular but enjoyed a solid game all round.

Pape Abou Cisse (6/10) – Found himself caught out of position once or twice in the match but had a solid game.

Abdou Diallo (6/10) – Did his best in quelling Netherlands’ threat on his flank.

Idrissa Gueye (6/10) – Wasteful on a couple of very promising set pieces but his defensive performance was solid as expected.

Nampalys Mendy (5/10) – More energetic than effective and was unable to help his side gain a foothold in the game.

Cheikhou Kouyate (5/10) – The game passed him by to a large extent.

Krepin Diatta (4/10) – Was the least inspiring and threatening of Senegal’s attack that badly missed Mane.

Boulaye Dia (6/10) – Was a threat in attack but failed to get past the dominating Van Dijk.

Andries Noppert (7/10) – Had a relatively comfortable debut. One to remember.

Matthijs De Ligt (5/10) – Struggled at times to contain the vibrant Sarr in the first half.

Virgil Van Dijk (7/10) – Very solid in defence and stopped Senegal’s attack from getting in their groove. He was also a set-piece threat at the other end, although he should have scored.

Denzel Dumfries (5/10) – Was energetic in running up and down the flank but lacked the quality to make any real difference.

Steven Berghuis (6/10) – Was instrumental in providing balance in the middle of the park for Oranje.

Frenkie de Jong (7/10) – Wasted a glorious chance in the first half, which could have really opened the game up, but made up for it with a beautiful assist for Gapko’s winner.

Daley Blind (6/10) – Another guilty of missing an early chance.

Cody Gakpo (8/10) *MOTM* – A bright spark in the Netherlands’ rather poor showing. No surprise he found the breakthrough.

Steven Bergwijn (6/10) – Showed flashes of quality but not enough to influence the game.