England 6-2 Iran: Player ratings as Three Lions get off to emphatic start 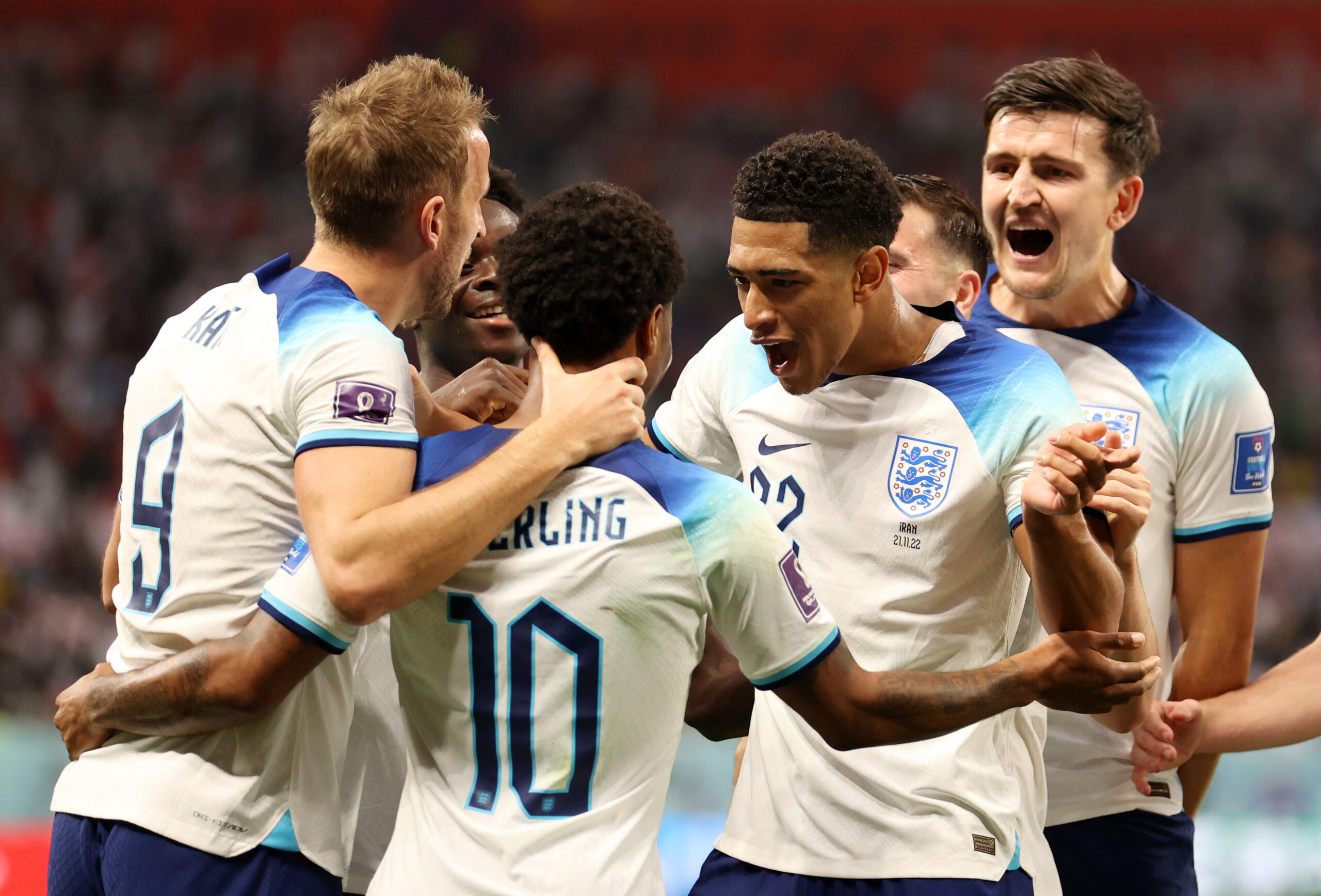 England made a statement in their opening World Cup match, hitting six in a dominant performance against Iran.

It was a slow start to the game, which was delayed when Alireza Beirenvand clashed heads with teammate Majid Hosseini. The goalkeeper initially tried to play on, but was eventually substituted for Hossein Hosseini.

After the restart, the Three Lions began to push for the opener. Mason Mount hit the side-netting from Bukayo Saka’s cutback, and Harry Maguire struck the bar from Kieran Trippier’s corner.

Eventually their pressure told, and they took the lead in the 35th minute. Luke Shaw picked out Jude Bellingham with a cross, and the teenager looped his header into the far corner.

Not long afterwards, England doubled their advantage. Shaw’s corner was nodded down by Maguire to Saka, who fired a half-volley in off the crossbar.

Gareth Southgate’s men weren’t done there, and made it three before half time. Harry Kane put a cross into the near post, and Raheem Sterling diverted it past the goalkeeper for his first ever World Cup goal.

As for Iran, they struggled to pose any sort of threat before the break. Alireza Jahanbakhsh had their only attempt of the first half, volleying over at the back post.

England continued the second half where they left off, and it wasn’t long before they grabbed a fourth. Sterling fed Saka, and the Arsenal man cut inside before placing into the far corner for his second.

But it wasn’t all misery for Iran. Second half substitute Ali Gholizadeh slipped a ball through to Mehdi Taremi, and he slammed in off the crossbar to pull one back.

However, the joy for Carlos Queiroz’s side was short-lived. Kane played the ball out wide to Marcus Rashford, who cut inside and calmly placed into the net with his first involvement in the game.

With the full time whistle approaching, there was still time for England to add to the scoreline. Substitute duo Callum Wilson and Jack Grealish combined to add a sixth, with the former unselfishly teeing up the latter to finish from close range.

With the final kick of the game, Taremi had the opportunity to add another consolation when VAR penalised John Stones for a shirt pull in the box. The Porto forward stepped up and confidently rolled his penalty into the corner.

That was the final action of the match, putting a slight dampener on a wonderful outing for England. The win takes them to the top of the group, while Iran sit in fourth place.

Jordan Pickford (6/10) – Hardly tested, yet still beaten twice. Made one fantastic save from Azmoun at 6-1.

Kieran Trippier (7/10) – Provided plenty of energy down the right and put in some good crosses.

John Stones (6/10) – Needlessly conceded a penalty late on. Fairly solid aside from that.

Harry Maguire (6/10) – A real threat from set pieces, grabbing himself an assist for Saka’s first. Caught out for Taremi’s goal before being substituted.

Luke Shaw (8/10) – Heavily involved in a lot of England’s forward play in the first half. Assisted the opener.

Jude Bellingham (9/10) *MOTM* – Had the weight of expectation on his shoulders and stood out above the rest. Controlled the game from start to finish, and got himself a goal with a fantastic header. Could be the missing piece for England.

Mason Mount (7/10) – Worked hard as ever and helped maintain control in midfield.

Harry Kane (8/10) – Didn’t score, but still made his mark on the game. Produced a good cross for Sterling to score, and later assisted Rashford.

Raheem Sterling (8/10) – Silenced a lot of critics with a fine performance. Got a goal and an assist from his 70 minutes on the pitch.

Alireza Beirenvand (NA/10) – Substituted early on with a head injury.

Sadegh Moharrami (4/10) – Did little to prevent the threat of Shaw and Sterling down England’s left.

Morteza Pouraliganji (5/10) – Given a tough time by Kane, and was generally unable to deal with England’s frontline.

Roozbeh Cheshmi (5/10) – Put under relentless pressure in the first half and struggled to cope. Taken off at half time.

Majid Hosseini (5/10) – Had a difficult afternoon. Was powerless to stop England’s attacking threat.

Milad Mohammadi (4/10) – Couldn’t cope with the threat of England’s right-hand side.

Ahmad Noorollahi (4/10) – Didn’t offer anything at either end of the pitch.

Ali Karimi (4/10) – Completely overrun and dominated in midfield. Substituted at half time.

Ehsan Hajisafi (5/10) – Battled hard but wasn’t able to make an impact on the game.

Alireza Jahanbakhsh (4/10) – Picked up an early yellow card and spurned a decent chance just before half time. Substituted at the break.

Mehdi Taremi (8/10) – Left completely isolated up front, and still caused plenty of problems. Had two chances and took them both. The only Iranian player who could come off the pitch with his head held high.

Hossein Hosseini (4/10) – Replaced Beirenvand following his injury. Conceded six without making any saves of note, although can’t really be blamed for any of the goals.