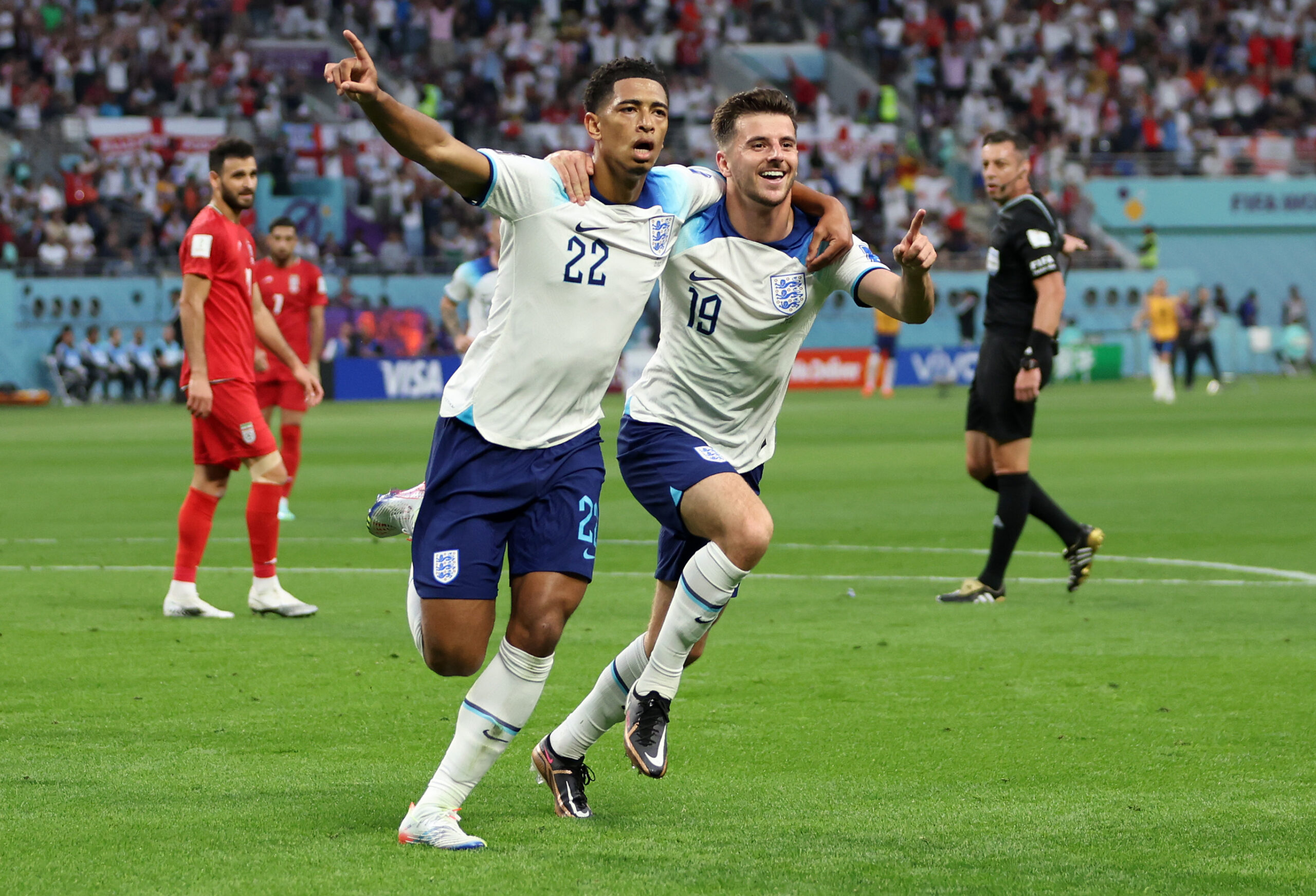 Things started to get in full swing on the second day of the 2022 FIFA World Cup, as we had three group stage matches.

However, before the on-pitch action kicked off, there was controversy surrounding the ‘OneLove’ armbands that several European nations were planning to wear.

FIFA threatened to impose sporting sanctions including bookings on those wearing the armbands, so the sides intending to wear them, including England, Netherlands and Wales, ultimately decided against doing so.

After all that, the focus turned to the on-pitch action, which wasn’t always terribly exciting. Still, there was some intriguing action and results, which we will be discussing.

England kicked off the day’s action against Iran, whom they comfortably dispatched. After a rather tedious first half-hour where Gareth Southgate’s side probed Iran’s 5-3-2 low block, the floodgates opened.

19-year-old Jude Bellingham scored his first-ever senior international goal, after which Bukayo Saka, who is only 21, and Raheem Sterling got on the scoresheet too before half-time.

Saka scored his second after the hour-mark, and although Mehdi Taremi pulled one back for Iran soon thereafter, any sliver of hope they might have found was instantly quashed by Marcus Rashford, who scored with his first involvement off the bench.

Jack Grealish also got in on the act late on to seal a comprehensive victory for the Three Lions (although the margin was reduced by Taremi), who are now in a commanding position in Group B.

Bellingham’s performance stood out in particular. There was so much more to his showing than just the goal, as he dictated proceedings in midfield with 113 touches, 92/95 successful passes and nine recoveries.

England versus Iran might not have been the closest game of football, but at least it had a lot of goals. The same cannot be said of Senegal’s match against the Netherlands, which was a rather dull watch for over 80 minutes.

Possession was close to being split evenly, but neither side found a great deal of success in progressing the ball dangerously. The Netherlands’ midfield was thin and overly reliant on Frenkie de Jong, who did not regularly find passing options.

Senegal took a very risk-averse approach in possession that left a lot of distance between their defence and the rest of the team. Their passmap shows that quite clearly.

There were no real big chances in the match (as the xG scoreline of 0.80-0.63 would suggest), but a pinpoint header after a very clever run by Cody Gakpo broke the deadlock in the 84th minute, before Davy Klaasen sealed the win for the Dutch deep into stoppage time.

So, the Netherlands got off to a winning start in Group A, leaving Senegal to play catch in the next couple of games.

Wales marked their return to the World Cup after a 64-year absence in their match against the US, who were also back after missing the last edition of the tournament in Russia.

After Iran’s defeat to England, both sides were battling to take a crucial early advantage in the battle for second spot in Group B.

Rob Page decided against selecting a natural striker for Wales, but that backfired as his side struggled to beat the American press and kept just a third of possession, which led to a grand total of two attempts on goal.

For all the time they spent on the ball, the US did not find a lot of joy going forward either as they could only create three chances, but most importantly, Timothy Weah converted one of them.

At half-time, Page took off Dan James for 6′ 5″ striker Kieffer Moore, who changed the dynamic of the match. With him on the pitch, Wales were able to go direct with much more success as he contested seven duels and managed more touches in the opposition box than any of his teammates.

They took a while to score the equaliser, but ultimately, it was none other than Gareth Bale who won and converted a penalty to earn a point for Wales in what was a textbook game of two halves.

The US might feel they are slightly disadvantaged now because of having to play England first in a match where Southgate’s side would seal progression to the knockout stage by winning, which might see them take things easier against Wales in the last group game. Either way, Group B remains very open behind England for now.

Argentina vs Saudi Arabia (13:00 AST):
One of the tournament favourites, Argentina, start their campaign tomorrow against Qatar’s neighbours Saudi Arabia. Lionel Messi is expected to start in what is set to be his last World Cup.

Denmark vs Tunisia (16:00 AST):
The Group D action kicks off later in the afternoon as Tunisia face Denmark, who are being touted by many people as dark horses. Their first task is to get out of their relatively difficult group, so they will be looking to get off to a winning start here.

Mexico vs Poland (19:00 AST):
The two other Group C sides, Mexico and Poland, will both be aiming to progress to the knockout stage alongside Argentina, so they will start the tournament with a crunch fixture against each other. This could well be the closest match of the day.

France vs Australia (22:00 AST):
France begin their World Cup title defence against Australia in the late kick-off. This is a match they will be looking to win if they are to break the curse of the champions, which has seen the last three defending champions crash out of their group.