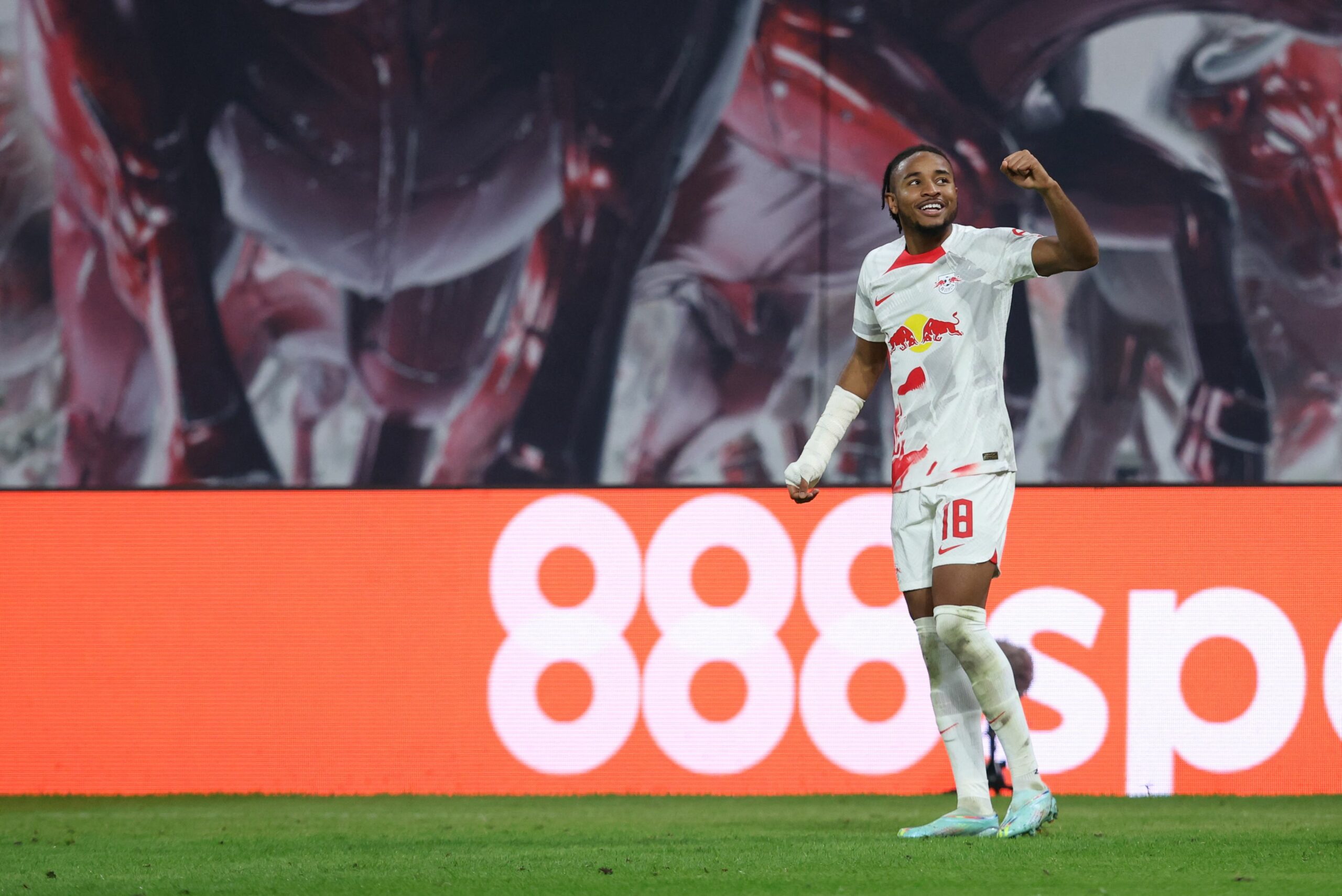 Chelsea have completed the signing of RB Leipzig attacker Christopher Nkunku, according to Le10 Sport.

The French international player will join the London club on July 1 after his season in Germany.

Nkunku agreed to a contract extension in June, but the new contract included a €60 million release clause. Chelsea will pay slightly above that figure to sign Nkunku early.

Pini Zahavi, the player’s agent, has had a close relationship with Chelsea since the days of Roman Abramovich. He settled terms with Chelsea on behalf of his client in the summer.

Incoming technical director Christopher Vivell will know all about the player after spending time at Leipzig together.

Chelsea need decisive players in the final third, and they are getting one of the best from the Bundesliga.

He can play in midfield and attack and is adept at scoring and creating. The Blues have been chasing the versatile star for months now. The news of his clandestine medical broke months ago.

Nkunku is currently recovering from a knee injury that has ruled him out of the 2022 World Cup in Qatar. France coach Didier Deschamps chose Randal Kolo Muani of Eintracht Frankfurt to replace him.

Nkunku is out for the next two months, at least. The best he can hope for is a return in the second week of January 2023.

Marco Rose will miss his team’s talisman, especially as his side are in great form. They sit third in the Bundesliga, two points away from second-placed SC Freiburg and six from Bayern Munich at the top.