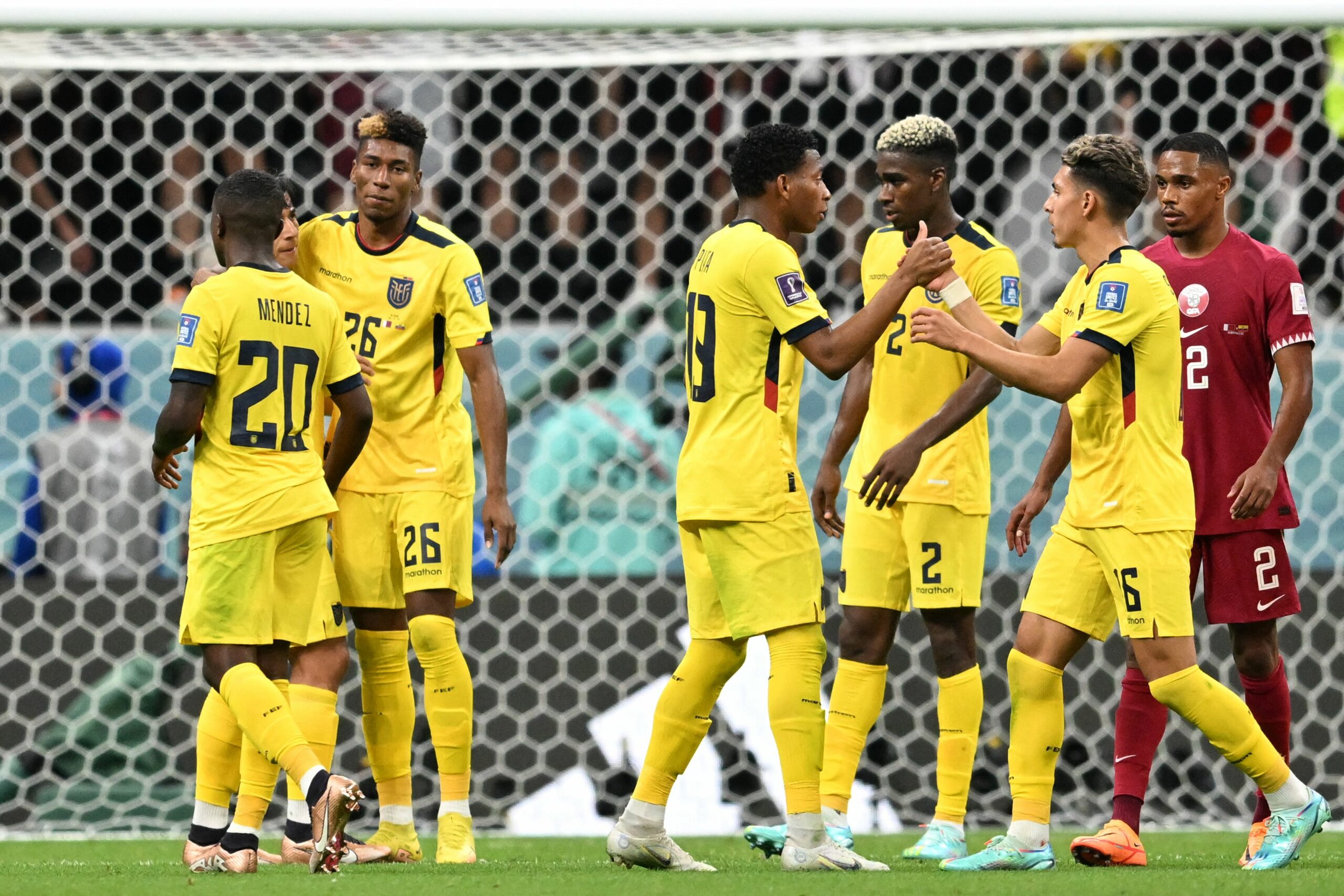 A brace from Enner Valencia ensured Qatar became the first-ever host nation to lose a FIFA World Cup opener, as they were convincingly outplayed on their way to a 2-0 defeat against Ecuador.

While questions over their suitability to host the tournament will continue, Qatar entered the opening game looking to prove they are not there to merely make up the numbers.

However, Felix Sanchez’s men got off to the worst possible start as their shaky defending resulted in Enner Valencia heading home Félix Torres’ miscued volley just three minutes in, but the Maroons were saved by a controversial VAR offside call.

Valencia may have been denied an early opener, but the writing was on the wall for Qatar, and the Fenerbahce striker would get another bite at the cherry after he was brought down in the penalty area by Saad Al Sheeb.

The goalkeeper was at fault for the offside goal, but having been spared by VAR, there was no bailing him out this time as Valencia calmly slotted his penalty into the bottom corner to give La Tri the lead on the quarter-hour mark.

Ecuador continued to dominate the struggling and lacklustre hosts, and Valencia doubled his tally in the 31st minute with a superb header from Angelo Preciado’s pinpoint cross.

In a fleeting moment of hope, despair prevailed as Hasan Al-Haydos’ cross gave Almoez Ali Qatar’s only clear-cut chance of the first half, but the striker’s tame header failed to hit the target.

Qatar enjoyed a fair share of possession in the second period. However, for all their endeavour, they did not do enough to trouble Hernan Galindez in the Ecuadorian goal, and the Aucas goalkeeper had no saves to make throughout the match.

Ecuador had done the hard work in the opening 45 minutes, and Valencia’s brace was enough to see off a tepid and uninspiring Qatar and secure top spot in Group A ahead of Senegal’s meeting with Netherlands.

Meanwhile, after a disappointing start to their World Cup debut, Qatar face the tough task of qualifying for the knockout phase and have it all to do in their remaining two group stage games.

Saad Al Sheeb (4/10) – The Qatari goalkeeper endured a long 90 minutes. He looked tense and uncomfortable for much of the contest and was punished for it.

Pedro Miguel (5/10) – Did his best at restricting Ecuador’s threat down the left flank.

Bassam Al-Rawi (4/10) – Struggled to keep up with the pace of the Ecuadorian attack, especially Enner Valencia.

Boualem Khoukhi (4/10) – His passing ability, or lack thereof, made it difficult for his side to comfortably build from the back.

Abdelkarim Hassan (6/10) – One of the few Qatari players who seemed up to the task. He looked comfortable on the ball.

Homam Elamin (5/10) – Tried his best in building some meaningful attack for Qatar down the left flank.

Abdulaziz Hatem (5/10) – Simply could not do anything to help his side gain a foothold in the game.

Hassan Al-Haydos (5/10) – Not at his best in the middle of the park, although he created his side’s only clear-cut chance.

Karim Boudiaf (4/10) – Was a passenger in midfield for much of the game.

Almoez Ali (4/10) – Had a golden opportunity to give his side a lifeline but squandered it. Can have no complaints about being substituted.

Akram Afif (6/10) – Qatar’s bright spark in the final third. He also had to display his versatility, dropping deep into the midfield to help his side gain a foothold in the game.

Hernan Galindez (5/10) – Did not have a save to make and was a spectator throughout the game.

Angelo Preciado (8/10) – Caused problems when attacking the right flank and set up the second goal with an inviting cross.

Felix Torres (5/10) – Was caught napping once or twice and has Qatar’s clueless attack to thank for not being punished.

Piero Hincapie (6/10) – Despite not having much to do, he was composed throughout the game.

Pervis Estupinan (7/10) – An astute performance from the Brighton & Hove Albion left-back, who had plenty of freedom to push forwards.

Gonzalo Plata (7/10) – His nimble footwork in the middle of the park made it hard for Qatar’s midfielders to keep up.

Jhegson Mendez (7/10) – Constantly dropped into the defensive line and was crucial to Ecuador’s build-up play. Deserves some accolades for his solid performance.

Moises Caicedo (7/10) – Another Brighton star running the show for La Tri from midfield. More performances like this and his list of potential suitors will only increase.

Romario Ibarra (7/10) – Got plenty of joy down the left flank and fashioned a couple of decent chances for himself.

Enner Valencia (9/10) *MOTM* – Terrorised the Qatar back line with his strength, speed, and movement and was rewarded with two first-half goals. Ecuador can only hope the injury that forced him off in the second period is not serious.

Michael Estrada (6/10) – Had a decent performance, although his display was clouded by Valencia’s man-of-the-match performance.