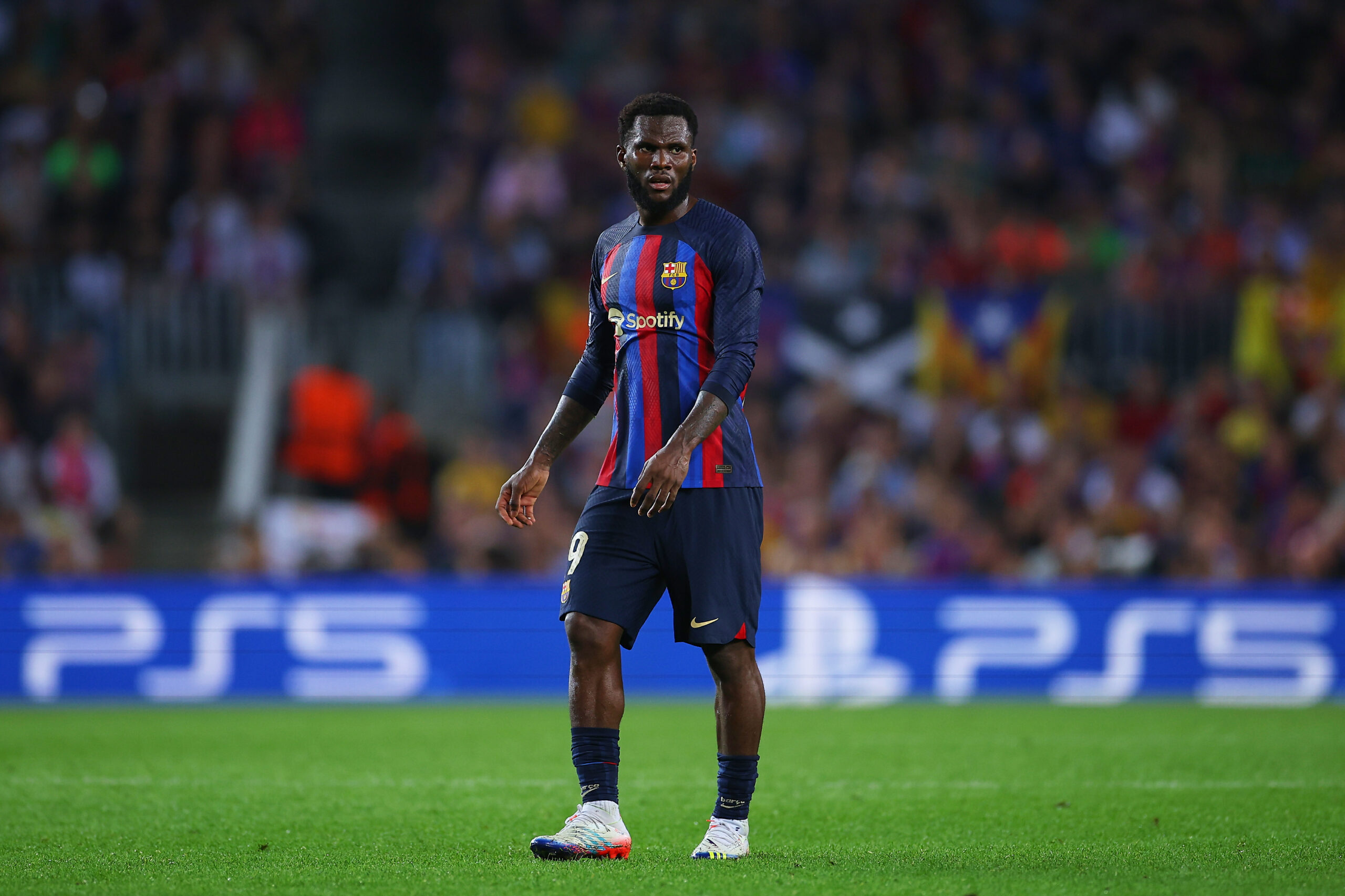 Franck Kessie could leave Barcelona next summer if there is no significant change in his playing time, according to SPORT.

Since joining the Blaugranas from AC Milan on a free transfer last summer, he has struggled to nail down a starting spot in the team.

Kessie is a recognised box-to-box midfielder, but he has found himself down the pecking order behind Pedri, Gavi and Frenkie De Jong.

With his playing time significantly reduced, Barca are considering his future but insist the 25-year-old will not leave in the January transfer window.

The club does not plan to release him in January, and the player is reportedly unwilling to listen to offers, so he will continue with the project until the end of the season.

His agent, George Atangana, also confirmed that the Ivory Coast international has no plans of leaving the Spotify Camp Nou in January.

The Blaugranas will analyse his situation at the end of the season, and if his playing time does not increase, they will try to find the best solution for both parties.

Kessie was an important part of Milan’s title-winning squad. He made 31 appearances as Stefano Pioli’s side raced to the Serie A title, contributing six goals in the process.

Despite his impressive campaign with the Rossoneri, he has struggled to adapt to Barca’s style of play, making just 13 appearances across all competitions, starting just five, and contributing one goal.

Kessié has always harboured ambitions of playing for the Spanish giants, so he will remain with the La Liga table toppers until the end of the season.

Barca have reported that several clubs have asked about Kessie’s availability to sign him, but they are not keen on seeing him leave mid-season.

Kessie is currently recovering from an injury that will keep him away from the pitch until mid-January. He sustained the injury in Barca’s 4-2 Champions League win over Viktoria Plzen earlier this month.