England vs Iran Preview – Prediction, how to watch & potential line-ups 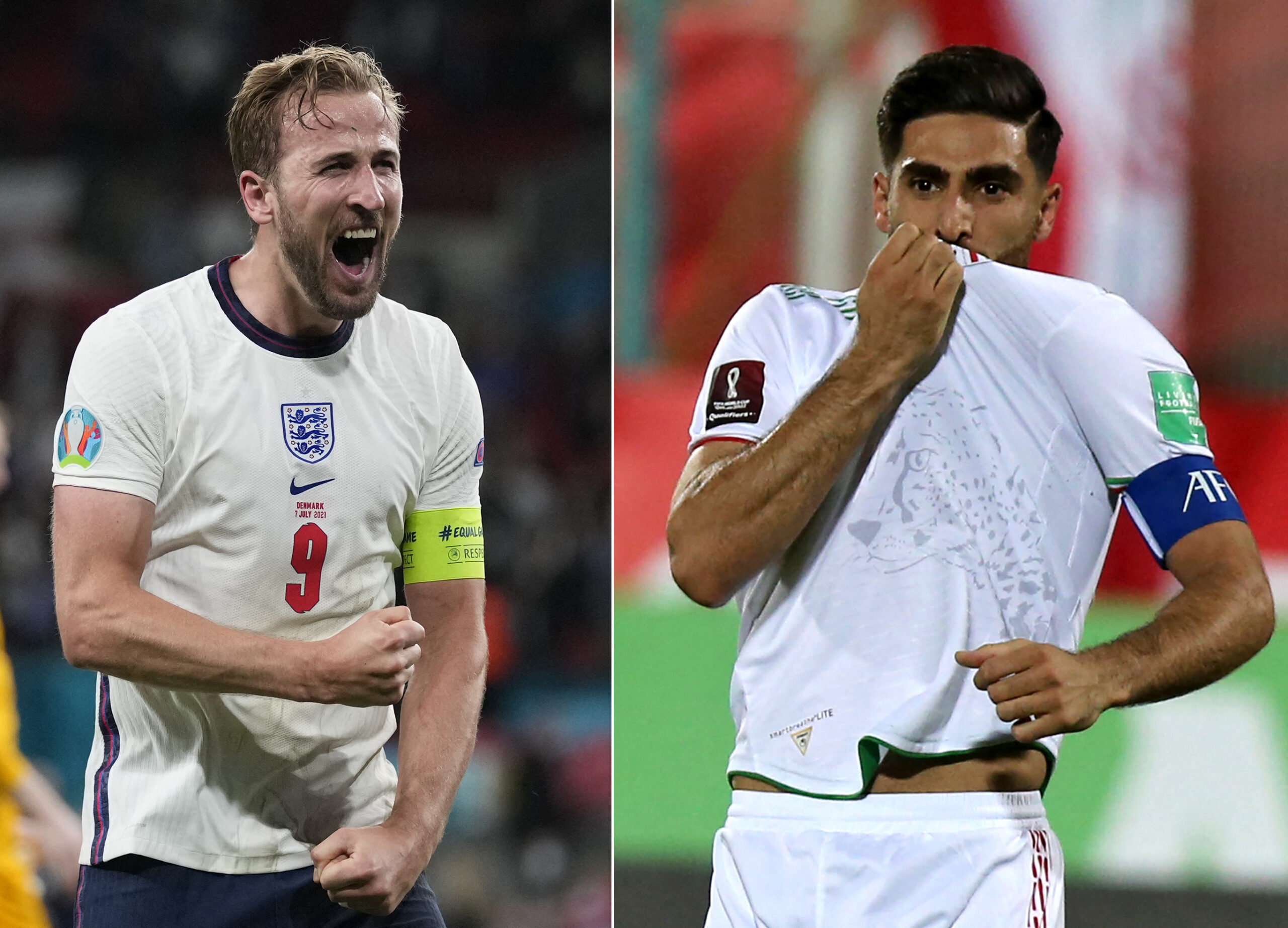 Monday’s 2022 FIFA World Cup action in Qatar kicks off at the Khalifa International Stadium as England and Iran face each other for the first time.

Four years since losing to Croatia in the 2018 World Cup semi-finals, the Three Lions arrive in Group B as favourites to progress as section winners, with the nation’s eyes firmly set on the Jules Rimet trophy.

Since lifting the World Cup crown in 1966, England have never qualified for the grand final again, yet last summer’s foray into the Euro 2020 title decider has fuelled their hopes of going the distance in Qatar.

Gareth Southgate’s men breezed through the qualification stages to earn their place in the tournament, going unbeaten in all ten matches (W8, D2) while netting a whopping 39 goals.

Upon touching down in Doha, England skipper Harry Kane spoke confidently of his side’s bid to end a half-century wait for World Cup glory, as quoted by the Daily Mail.

One step at a time is the only way to win the prize, and the Three Lions can be relieved to be taking on Group B minnows Iran on the opening matchday (see our Group B preview here).

The Iranians have failed to win any of their eight previous games against European teams at the World Cup (D2, L6), but after defying the odds to book their place in Qatar, they won’t be lacking confidence.

Led by experienced manager Carlos Queiroz, ‘Team Melli’ picked themselves up from losing back-to-back second-round qualifying fixtures in 2019, taking advantage of the global pandemic to rally their troops.

Dragan Skocic, who turned Iran’s fortunes in the qualifying cycle, had to hand over the managerial reins to Queiroz after the country’s football federation elected the Portuguese tactician as a better option.

Inspired by the best group-stage goal difference for any European qualifier (+36), England go into the Qatar showpiece as one of the most heavily fancied sides to win the title.

As the only European team to have qualified for the semi-finals in the last two major international tournaments, the Three Lions must be full of hope and confidence despite an ill-fated 2022/23 Nations League season.

Southgate’s men failed to win any of their six games in Group A3 (D3, L3), including a brace of defeats ‘to nil’ at the hands of Hungary, explaining why the gaffer heads into the World Cup opener under severe pressure.

But Queiroz had enjoyed a flying start to his second stint at the helm of ‘Team Melli,’ going undefeated across his opening three games (W2, D1) before a 2-0 loss to Tunisia on Wednesday.

Scoring has been a problem for Iran at the World Cups, as they’ve only netted nine goals in 15 outings at the tournament, though Mehdi Taremi and Sardar Azmoun threaten to change the narrative this winter.

As with all Queiroz’s teams, Iran will be out to frustrate England by ‘parking the bus’ and waiting for the counters or set-piece plays to threaten Jordan Pickford’s goal.

Southgate has a wealth of attacking potential, but the Three Lions have not fared well in the front third of late, going five internationals without scoring before a 3-3 draw with Germany last time out.

Unless England’s spluttering frontline comes flying out of the traps, this could prove an unpleasant World Cup opener for the European powerhouse.

However, we expect Kane & Co to live up to the favourite tag.