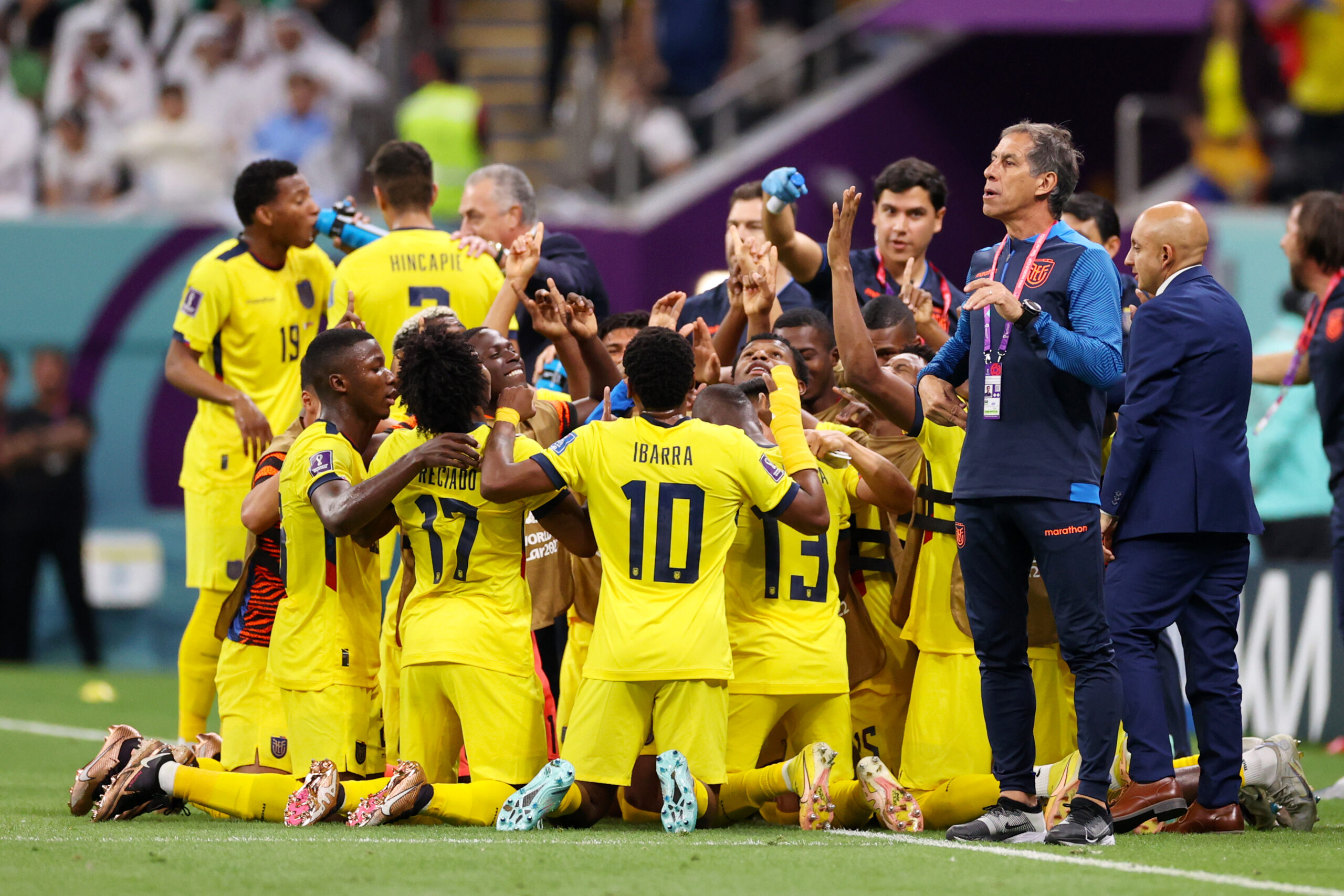 The 2022 World Cup kicked off on Sunday evening in the Al Bayt Stadium in Al Khor, as Qatar faced Ecuador after the opening ceremony.

That match is the main talking point in this edition of our daily column, although we will also quickly look forward to tomorrow’s action.

Hosts Qatar made their World Cup debut in the tournament opener against Ecuador, which was a bit of a rude awakening for them about just how tough this level of international football is.

Most models expect Ecuador to finish third in this group, but they were miles better than Qatar right from kick-off.

They conceded less than three minutes in after some poor goalkeeping after a set-piece, but a contentious offside call bailed them out.

Just over 10 minutes later, Enner Valencia won and converted a penalty to open the scoring for the World Cup, before adding a second with a bullet header just after the half-hour mark.

That gave Ecuador a very comfortable cushion going into the break, so they slowed things down in the second period and coasted home to a deserved victory.

On the whole, Ecuador looked impressive when they had the ball, with their midfielders’ movements standing out in particular.

They also posed a regular set-piece threat and looked dangerous from long throws too, so this performance bodes quite well for their chances of reaching the knockout stage.

Qatar became the first host nation to lose the opening match in the history of the World Cup, and at this rate, they create some more unwanted records too.

Their next opponents are only going to be meaner, so unless they find a way to massively turn things around, it is very likely that they will end the tournament without picking up any points.

England vs Iran (16:00 AST):
The Group B action kicks off tomorrow with an early match between Euro finalists England and Iran at the Khalifa International stadium. England will want to win the group for what should be a relatively easier route to the final, so this is an important game for them.

Senegal vs Netherlands (19:00 AST):
The headline fixture tomorrow sees Senegal face the Netherlands as the two Group A favourites cross paths. Senegal will be without star striker Sadio Mané who is out of the tournament due to an injury, so the Netherlands will fancy their chances.

United States vs Wales (22:00 AST):
Behind England, Group B is quite open as all three other teams will be aiming to progress to the knockout stage in second spot, so the USA’s match against Wales will be an important fixture for both sides. This will likely be the most closely contested match of the day.