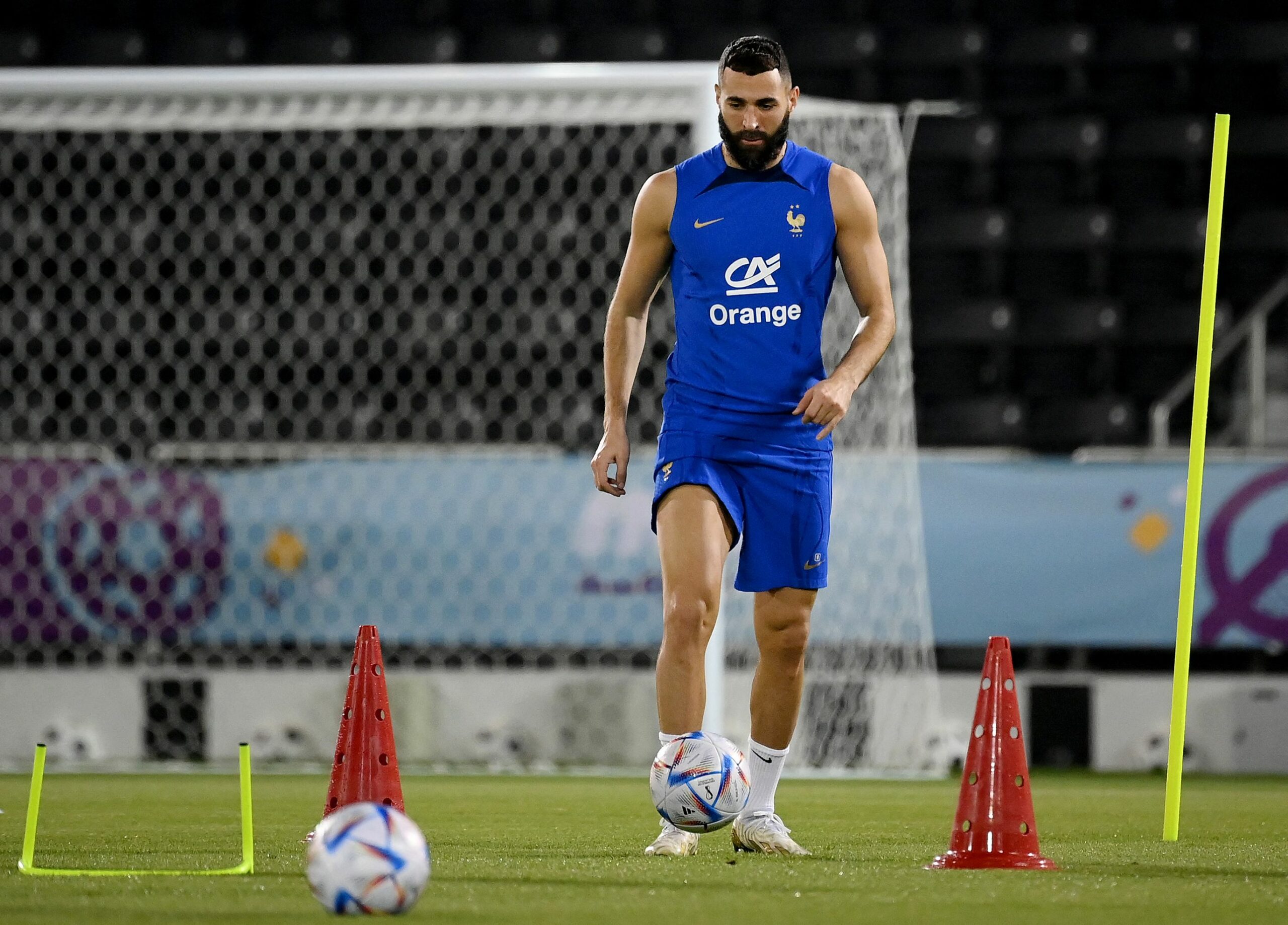 The 34-year-old was only just returning from an injury but had to come off before the end of his first session.

It is unclear whether the current injury is an aggravation of the old problem or a new issue. It has put Benzema’s participation in the tournament in doubt.

The Ballon d’Or winner will not be available for his side’s first game of the tournament against Australia on November 22.

Les Bleus’ staff are concerned about Benzema’s injury. Withdrawing from the squad is still a possibility and is a concern for head coach Didier Deschamps who has until Monday to call up another player.

RTL believes that Benzema suffered a new thigh injury, not a setback to his knee and hamstring issues. Medical scans will take place shortly to determine the extent of the problem.

Benzema has been training separately from his squad alongside former Real Madrid teammate Raphael Varane. However, the pair returned and trained with the group today.

He has been struggling with injuries this season. The former Lyon player has been carrying muscle fatigue in the quadriceps of his left leg since the Champions League game against Celtic in September.

After returning from his initial one-month layoff, Benzema struggled. He has missed half of Real Madrid’s league games this season.

France’s staff did not know how to handle Benzema’s injury issues, but they developed a program to help him recover.

He has now suffered a setback in his recovery, and his participation in the World Cup is in doubt, with France set to start their campaign on Tuesday.

Benzema hopes he can return for other group-stage games. However, with his injury issues persisting, he could pull out of the tournament and save himself.