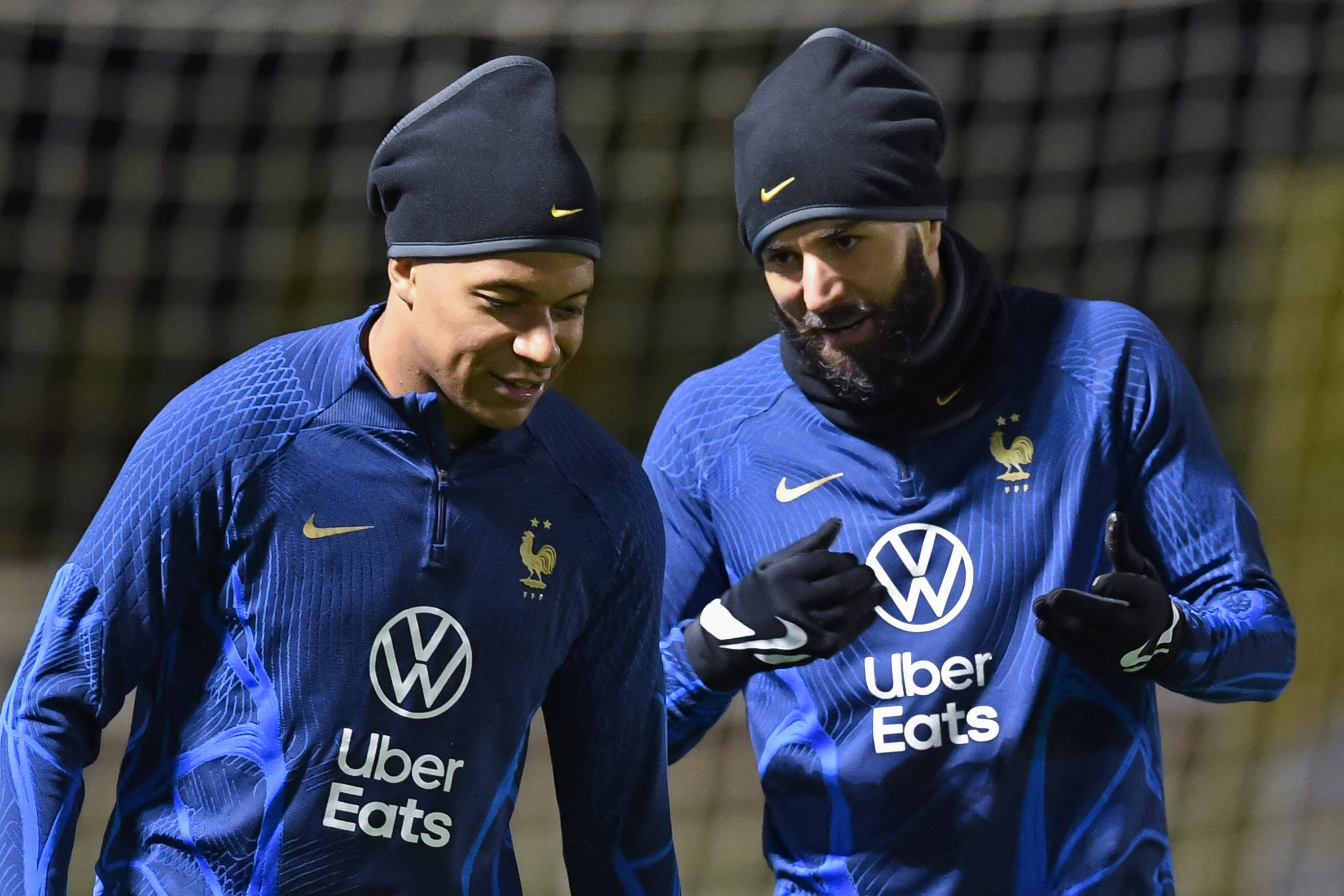 France’s disappointing performances in 2022 may serve to deceive others, but Les Blues are not one of the tournament’s biggest favourites by chance.

But the top place in this exciting group is not a foregone conclusion by any means, with Denmark in the running following a couple of memorable years in major UEFA competitions.

Australia and Tunisia will be lurking in the shadows, but their hopes of overcoming the European heavyweights look far-fetched.

Of all nations staking their claim for the title this winter, France may be the one boasting the fiercest strength in depth despite dealing with several high-profile absences.

Paul Pogba, the creative genius, and his bodyguard N’Golo Kante, the two men responsible for Les Bleus’ stellar run to win the World Cup title in 2018, are no longer in the picture.

That leaves under-pressure manager Didier Deschamps with a point to prove in Qatar, especially after France’s abysmal international form in 2022.

If there was a time for Aurelien Tchouameni to justify the whopping €80million Real Madrid dashed out to capture his signature this summer, it’s now.

With Pogba out, as bizarre as it looks, underperforming Juventus man Adrien Rabiot may have to embrace the task of providing a creative spark in the middle of the park.

Now more than ever, with Antoine Griezmann struggling to find his feet at Atletico Madrid, all eyes will be on the formidable attacking in the shape of Karim Benzema and Kylian Mbappe.

If France are to live up to their status as front-runners to lift the Jules Rimet trophy and become the first nation since Brazil to defend the crown, their star forwards must excel.

Unlike their fellow European rivals, who can always rely on the depth of quality unmatched in the world, Denmark will put their fate in the hands of a unique team spirit.

Tipped for a group stage exit at the 2020 European Championships following Christian Eriksen’s cardiac arrest in a curtain-raising loss to Finland, Kasper Hjulmand’s men upset the odds to make it to the competition’s semi-finals.

Charged with the emotion of playing for their talisman, Denmark won the hearts of the whole football community, but they’ve never stopped trusting each other long after the tournament.

An outrageous amount of confidence running through the veins of this side has been off the charts over the past couple of years, witnessed by them becoming the first nation to reach the World Cup through the qualifying series.

Eriksen is back, and not just him. Long-term captain Simon Kjaer has timed his return from a nasty knee injury to perfection to keep the spirits high in the dressing room.

On top of that, Barcelona’s Andreas Christensen, Tottenham Hotspur’s Pierre-Emile Hojbjerg and Mathias Jensen of Brentford have all gone from strength to strength at the club level this season.

The stars allied to help Denmark survive a catastrophic event at the start of last year’s Euros, so let’s see if Lady Luck can bless this phenomenal group of players again this winter.

Tunisia seem to have developed a habit of facing the best-performing European sides at the final tournaments.

Drawn in a group with Belgium and England at the last World Cup, you couldn’t blame the Eagles of Carthage for laying an egg, given a substantial gulf in class.

Barring a ‘once in a while’ wonder, Jalel Kadri’s men should face a similar fate in Qatar, though it’s worth noting they ousted Nigeria in the World Cup play-offs despite lacking a host of first-team stars to COVID-19.

Kadri can call upon the services of in-demand Koln midfielder Ellyes Skhiri, yet Montpellier forward Wahbi Khazri should pull all the strings in the attacking third.

Much of the Tunisians’ hopes of avoiding going pointless in the World Cup group stages for the first time will depend on his performances.

If Tunisia’s hopes of advancing into the World Cup knockout stage are fat-fetched, what then to say about Australia’s attempt to get out of the group phase for the first time since 2006?

Bounced out of the competition’s groups the last three times, Graham Arnold’s men are widely expected to crash out as basement boys despite overcoming CONMEBOL outfit Peru in the inter-confederation play-offs.

Celtic playmaker Aaron Mooy may be the most recognisable name on a wide scale after his long-term spell in the Premier League with Manchester City and Brighton & Hove Albion.

However, Hellas Verona’s Ajdin Hrustic soaks up the limelight as Australia’s star player in Qatar following his decent two-year stint at Eintracht Frankfurt.

It would require something straight from David Copperfield’s playbook for the Socceroos to leave France or Denmark in their wake, but they can at least hope to make life difficult for the European heavyweights.