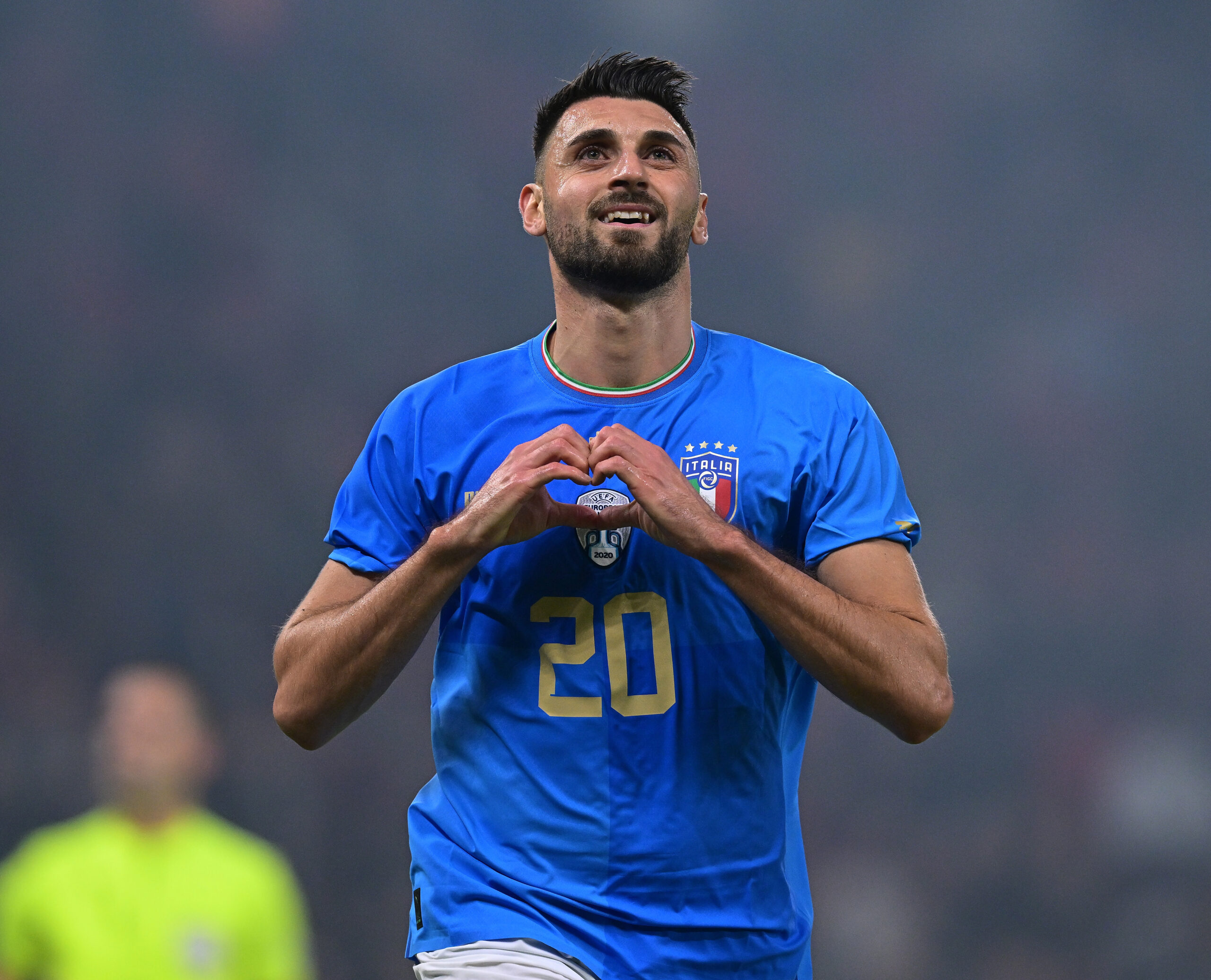 Italy defeated Albania 3-1 in a friendly last night, with Vincenzo Grifo (2) and Giovanni Di Lorenzo netting to cancel out the hosts’ early strike.

The Azzurri will be spectators for the World Cup in Qatar after failing to qualify for the tournament.

The reigning European Championships are scheduled to face Austria in the international break.

Against Albania, Roberto Mancini found success by experimenting with a back-three system rather than his go-to 4-3-3.

Grifo made a significant impact by scoring a stunning double in his first appearance for Italy after nearly a year.

The 29-year-old has been continuously overlooked by the Azzurri despite his prolific form with Freiburg over the last few seasons.

The Italian winger shared his thoughts after the victory against Albania, stating that he would do his best to sustain his place in the national team.

“I thank the team, because without their support, you can never score these goals – I am happy,” Grifo said (h/t Football Italia)

“It’s a splendid feeling, because playing for these colours always gives me such pride. I will always do anything I can to be here with these great players.”

Atalanta defender Giorgio Scalvini made his full debut with Azzurri last night, but the headlines were about Udinese prodigy Simone Pafundi.

The 16-year-old replaced Marco Verratti during the final minutes, becoming the youngest debutant for Italy in over a century.

Pafundi’s progress is astonishing, having been only promoted to Udinese’s first team earlier this year.