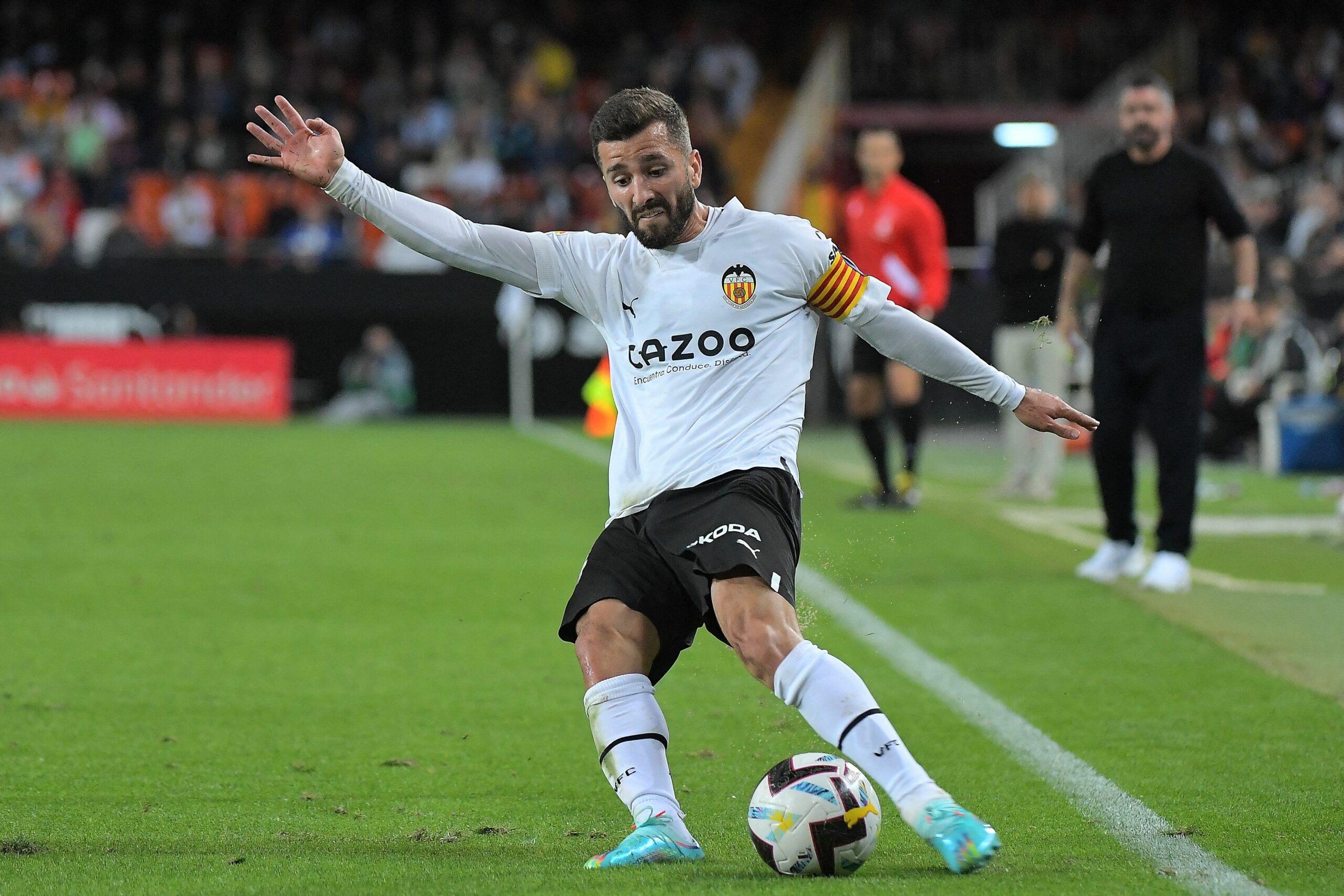 Spain have been handed a huge blow ahead of the World Cup after Jose Gaya picked up a knee injury during training.

La Roja have officially confirmed that the Valencia captain has suffered a low-grade lateral sprain in his right ankle and has undergone several tests.

The severity of the injury is yet to be revealed, and doubts have emerged over his participation in the World Cup 2022 in Qatar starting this Sunday.

Gaya was one of the two left-backs alongside Jordi Alba summoned by Luis Enrique for the World Cup.

The 27-year-old has been a regular for the Spanish national team in recent years, featuring in the 2020 European Championships, where Enrique’s side reached the semi-finals before losing to eventual winners Italy.

He is set to play in his first-ever World Cup, but it remains unclear whether he will be able to recover in time.

According to Onda Cero, Barcelona’s Alejandro Balde is seen as the likely replacement if Gaya misses out on the World Cup.

Balde was tipped to be the surprise inclusion for the World Cup, but he didn’t make the 26-man list.

The 19-year-old is one of the breakout stars in La Liga this season, racking up three assists in 12 appearances.

He has toppled Alba to become the first-choice left-back for Barca.

Alonso moved to Camp Nou from Chelsea in the summer and has since become an integral part of Xavi’s side.

Spain will play Jordan in a friendly game tonight before their World Cup opener against Costa Rica next week.