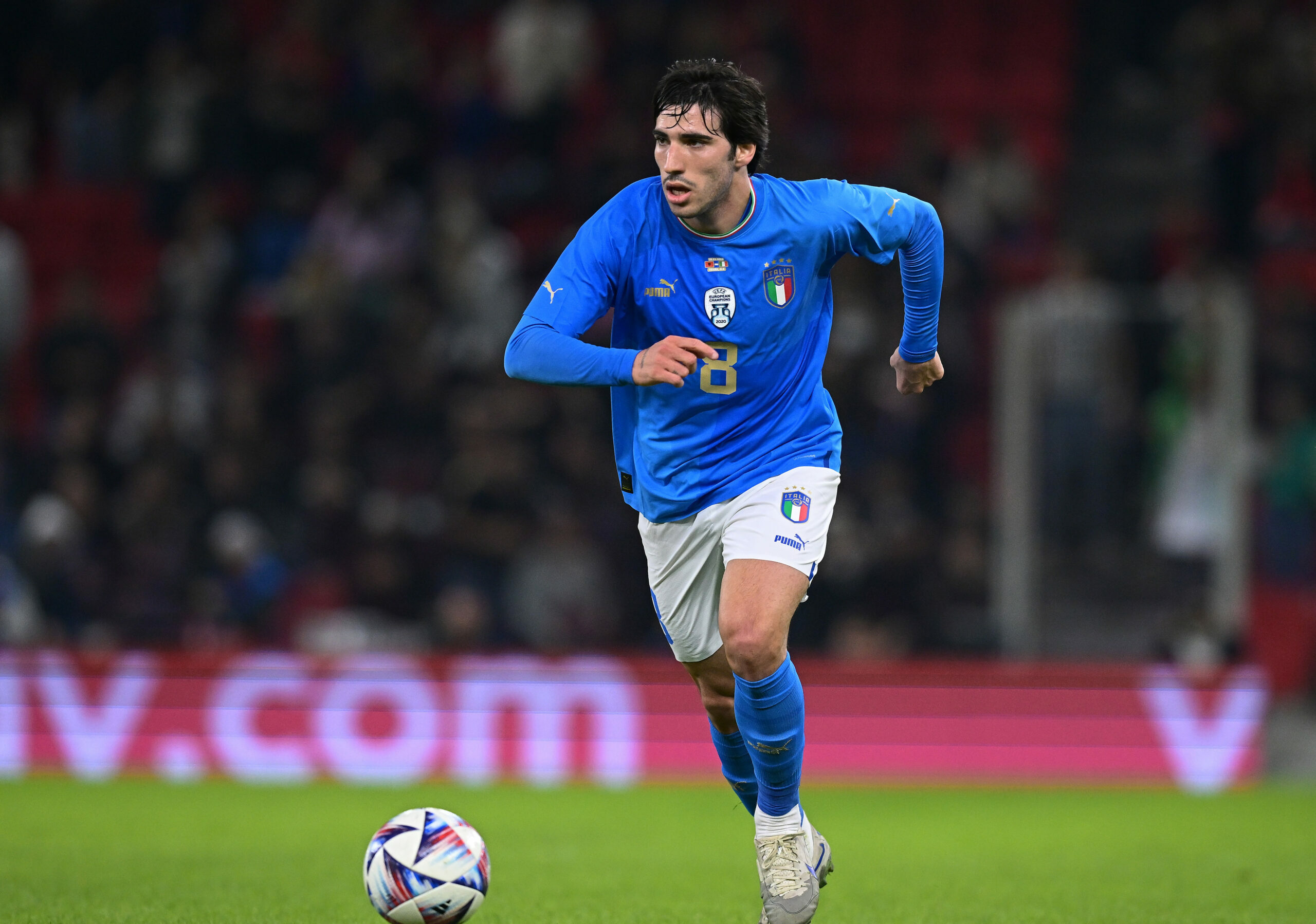 AC Milan midfielder Sandro Tonali will leave the Italy camp to return to his club after suffering a head injury against Albania in a friendly on Wednesday, according to TuttoMercatoWeb.

The Italy international came off via a stretcher after landing on his head following an aerial challenge. The incident stopped the game, and hushed murmurs flowed.

Tonali later confirmed on social media that he was fine, although the incident was scary at the time.

However, the 22-year-old will only miss Italy’s next friendly against Austria on Sunday. After running several tests, the medical team and Roberto Mancini told him to get some rest at home.

Tonali was in the starting XI for the Azzurri at the Air Albania Stadium in Tirana. Just before half-time, the former Brescia midfielder jumped for a header, but Espanyol midfielder Keidi Bare nudged him.

The awkward fall dazed Tonali, and a stretcher came to take him off the pitch. Torino midfielder Samuele Ricci replaced him.

The latter increased the lead in the second half to ensure the victory.

This appearance was Tonali’s 12th senior cap for Italy since making his debut in October 2019. He has progressed through the ranks to become a part of the first team.

After struggling in his first season in Milan, Tonali has become a cog for Stefano Pioli’s side. He was a crucial member of the team’s midfield as they won the Serie A title for the first time in 11 years.

Tonali also contributed five goals and three assists. This season, he already has two goals and five assists for the Rossoneri.