Doha Travel Guide: Where and how to get around Qatar during the FIFA World Cup 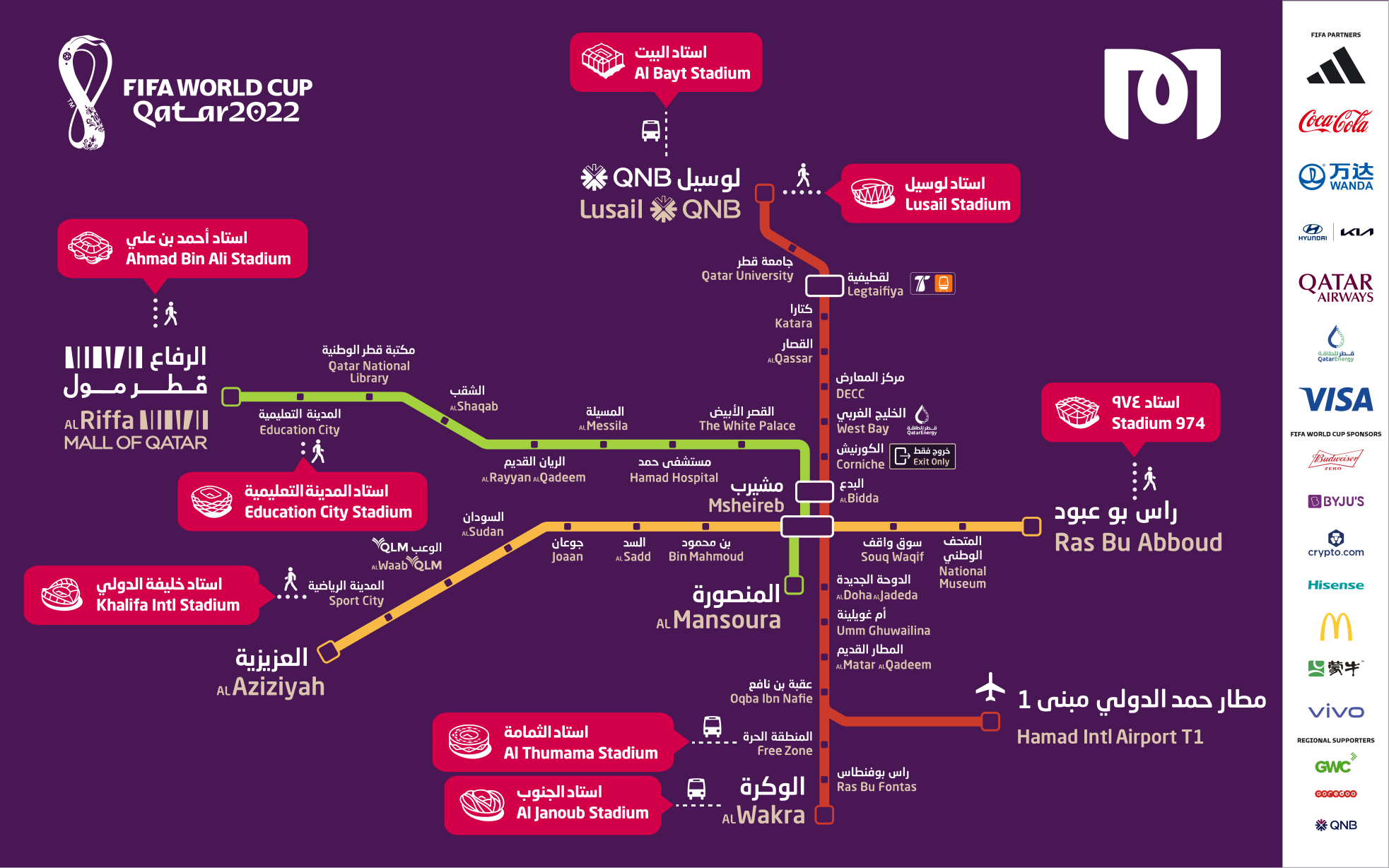 We are just a few days away from what is set to be a very unique World Cup. The 2022 FIFA Men’s World Cup in Qatar will not just be the first winter World Cup, but also the first that will effectively be held in one city.

The road distance between the two furthest stadiums is about 63 kilometres, and that’s mostly because of the Al Bayt Stadium, which is located north of Doha in Al Khor. Discounting that, the other stadiums are located within a roughly 25-kilometre radius in and around the Qatari capital.

So, travelling fans will only need to travel around the city to get to and from games, and that is made quite easy by the Doha Metro. All seven stadiums which are located in the city are quite close to at least one metro stop, while there will be feeder buses from the northernmost stop in Lusail to the Al Bayt Stadium.

Here is a very handy map showing the metro connectivity to the stadiums, which you can also find in the metros or by following this link.

The metro also gets you to most of the fan zones that will be set up around Doha, which are shown in this map:

Additionally, the metro also connects most of the major tourist destinations in the city. The National Museum and Souq Waqif, a traditional marketplace that is one of the country’s most popular destinations for shopping, eating and learning about the local culture, are both on the gold line, as is the Villagio Mall in Al Aziziyah.

The country’s second-biggest mall — Al Riffa Mall Of Qatar — is an endpoint on the green line. There are more such malls on the red line, including the City Center Mall at the DECC station and the Place Vendôme in Lusail, which can be reached by taking a connecting tram from the Legtaifiya station.

At the heart of the city, Al Bidda has the largest park in the country which sprawls over 1,745,000 square metres. This is where the FIFA Fan Festival is located, although it is closer to get there from the Corniche stop.

Roads have been closed on the Doha Corniche promenade as it is set to become a roughly six-kilometre-long strip for fans to participate in live activities. The Corniche and Al Bidda metro stations are closest to it, although a good deal of walking will be required once there.

The metro typically requires a metrocard for access which costs 2 Riyals per journey, but those holding Hayya Cards will have free access to it over the course of the tournament. In addition to the metro, there are a number of bus services across the city which connect almost all of the important places.

You can find out about public transport connectivity and plan your journeys using the Sila App.