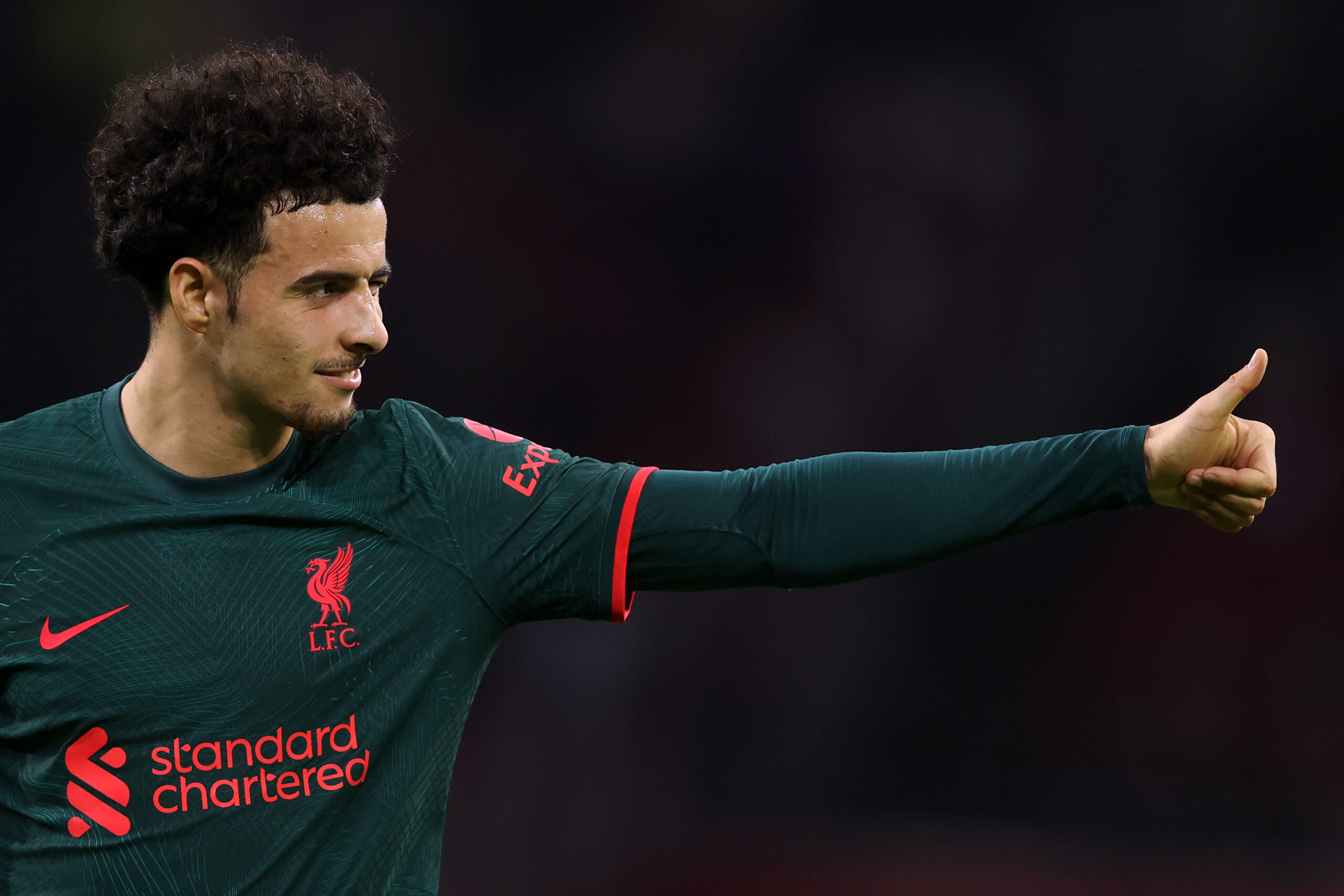 Liverpool midfielder Curtis Jones has extended his contract with the club until 2027. The Reds announced the deal this afternoon after he signed at the AXA Training Centre.

Jones joined Liverpool as an under-9 player and has risen through the ranks over the years. He has now broken into the first-team squad as a back-up player for Jurgen Klopp.

“First of all, I want to thank the coaching staff for having the belief in me as always, for giving me the chance,” he told the club’s website.

“And of course for me, I’m over the moon – I’m buzzing. It was an easy thing (to decide to renew).

“It’s my boyhood club – I’m a Scouser – I’ve supported the club for the whole of my life, so yeah, I’m buzzing and I can’t wait to see what the future holds.

The 21-year-old also explained why Liverpool is the perfect club for him to continue his development.

“For everything, really,” he added. “I think if I was at a different club as well, my goal and aim and dream would always be to come here and play.

“But I’m here now – I’ve been here since I was six and I’ve gone all the way through.

“I’ve supported the team for the whole of my life, and especially now with how the team is and the coaching staff around me, I just feel that it’s the perfect place for me and again, as I said, I can’t wait to see what the future holds.”

Jones has played for Liverpool 81 times since making his debut for the Reds in January 2019. He has scored nine goals and recorded ten assists.

He is Liverpool’s youngest-ever captain. He wore the captain’s armband aged 19 years and five days in an FA Cup victory over Shrewsbury Town in February 2020.