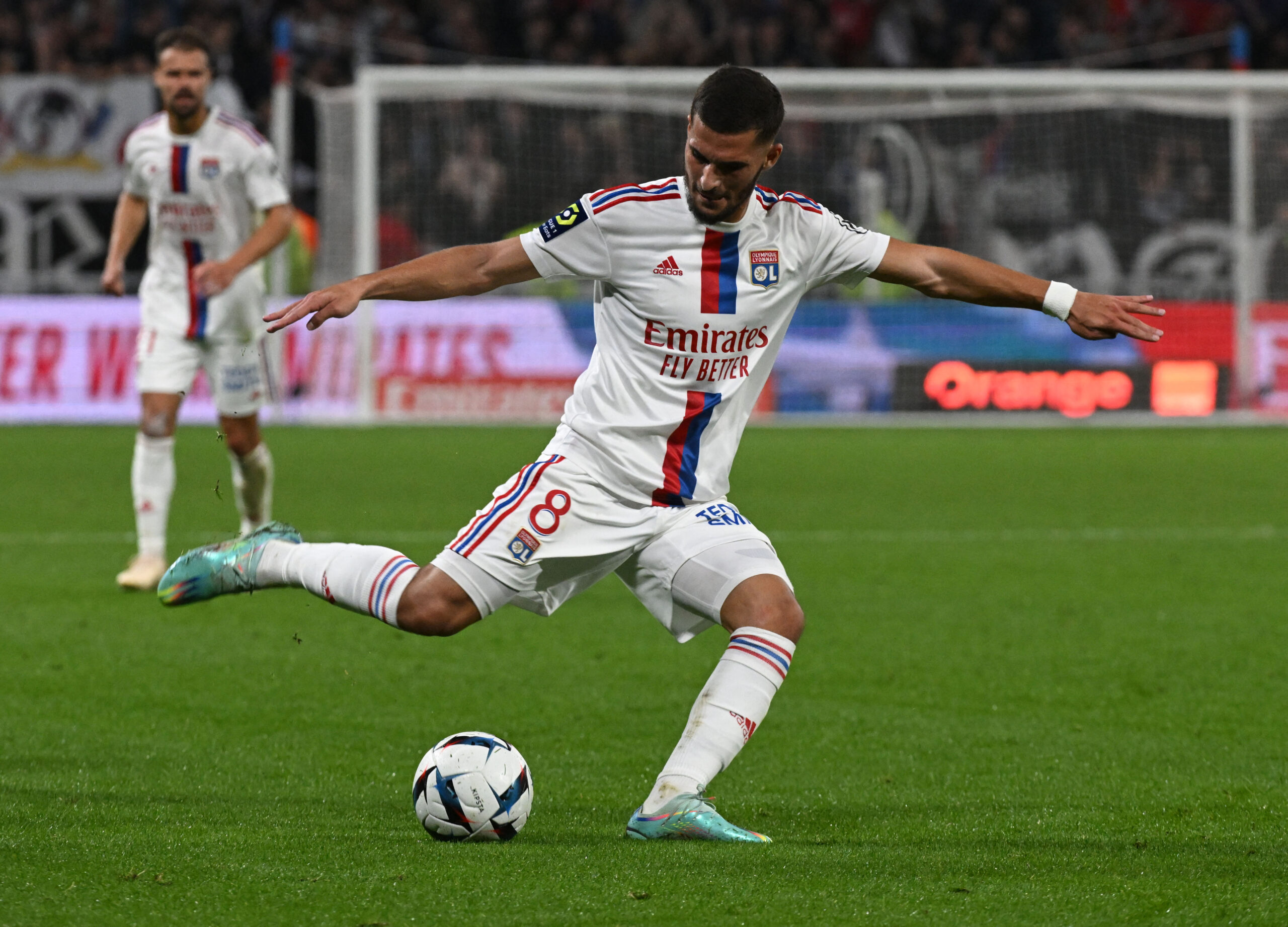 The Rossoneri are plotting a move for the player who wants to leave his childhood club this January or next summer.

Peter Bosz ostracised Aouar for most of this season following his decision not to renew his contract. The player wanted to move but struggled to find the right fit in the market.

Only Nottingham Forest came forward with a concrete proposal for Aouar. OGC Nice, Real Betis, Sevilla, Arsenal, Leicester City, Fulham and Benfica showed interest in the 24-year-old, but nothing materialised.

Despite Lyon dropping the price of Aouar to a measly €15 million, no club took the bait. They will be sniffing around the player now, with his contract set to expire in seven months.

Aouar emerged as one of the hottest midfield properties in football circa 2016. He provided solid displays in the middle of the park and became a crucial member of Lyon’s team.

He grew in status and became one of the team’s captains. However, injuries and inconsistency have limited him from breaking into the world-class player he can be.

Since Laurent Blanc took over at Lyon, Aouar has returned to the starting XI. He will be hoping to make up for the lost time.

Napoli, Sevilla, Betis and Real Sociedad are monitoring Aouar and could move to sign him.

Betis are strong candidates after trying to sign him last summer. They still want him and would love to pair him with former Lyon captain Nabil Fekir.

However, the deal with Milan is the most advanced right now. There is nothing concrete, but talks are progressing.

Aouar could benefit from a change of environment and kickstart his development elsewhere in Europe.

Milan boss Stefano Pioli is adept at getting the best out of his squad and could extract consistent performances from the one-time France international.