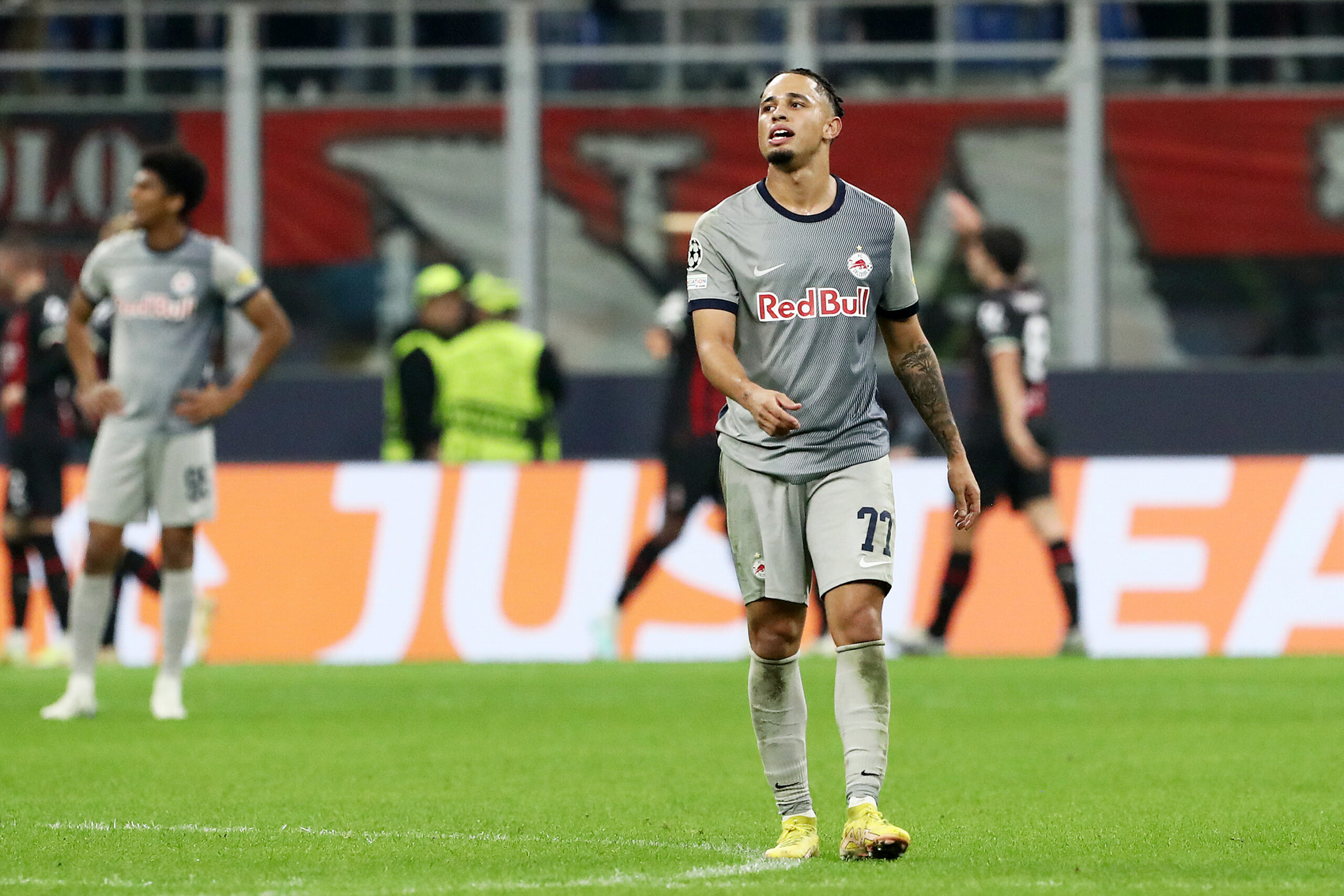 RB Salzburg striker Noah Okafor could be on his way out of the club in January.

The Swiss striker has become one of the hottest prospects in Europe due to his stellar form this season, racking up ten goals and three assists in all competitions.

His performances in the Champions League have put him in the spotlight, with the Swiss youngster scoring against Chelsea and AC Milan, although Salzburg failed to progress to the knockout stage.

Milan have identified Okafor as one of their top targets to reinforce the striker position, and they had the opportunity to monitor him when they faced Salzburg.

Sky Sport Germany journalist Florian Plettenberg reports that Okafor could be up for grabs in the winter transfer window as Salzburg are ready to sell him.

Milan are not alone in the race as Premier League giants Manchester City and Liverpool are interested in the 22-year-old, who is valued at around €40 million by the Austrian champions.

Rossoneri see Okafor as the potential successor to Zlatan Ibrahimovic and Olivier Giroud, who are in the twilight of their careers.

Ibrahimovic’s contract expires next summer, and there is plenty of uncertainty over his future as he has been sidelined since the start of the season after undergoing ACL surgery.

Giroud’s excellent scoring run this season has led Milan to prepare an extension offer, with his current deal expiring at the end of the season.

Okafor’s stock may increase further if he enjoys an excellent campaign with Switzerland during the World Cup.