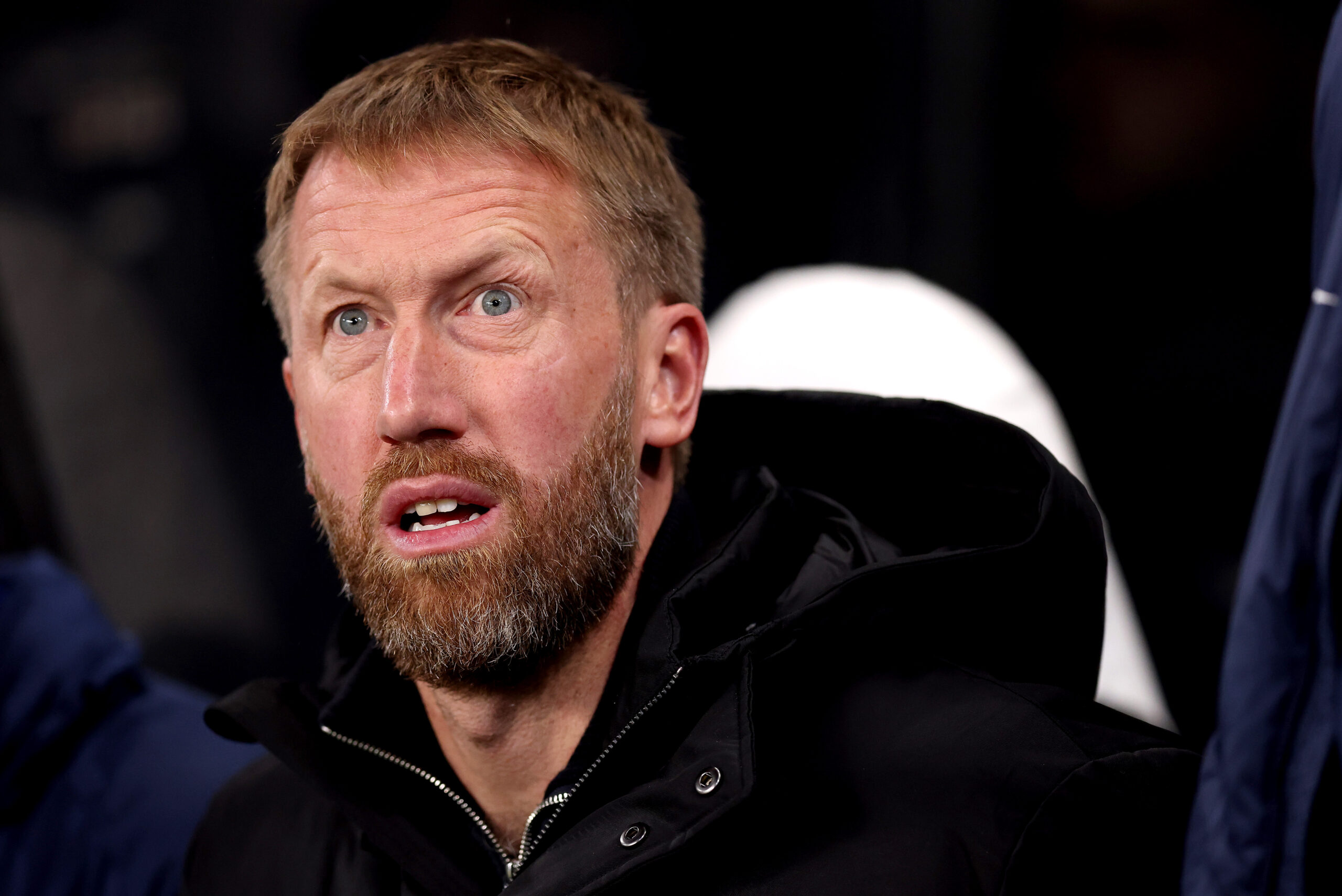 Chelsea hired Graham Potter in October to salvage their season after results and performances dwindled under Thomas Tuchel.

They also brought in the former Brighton & Hove Albion boss to bring an inclusive management style to the club.

After an initial upturn in performances and results, Chelsea have dropped back to the previous levels under Tuchel.

Potter’s tenure started with a 1-1 draw against RB Salzburg, but they won five on the bounce from then on. Those five victories included two against Serie A champions AC Milan.

They pushed themselves to fourth in the Premier League and topped their Champions League group.

However, two draws against Brentford and Manchester United followed. Chelsea then had to dig deep to beat Salzburg 2-1 in the return fixture.

Then they lost 4-1 to Brighton and 1-0 to Arsenal before suffering a third-round Carabao Cup exit after a defeat against Manchester City.

Newcastle United then beat Chelsea at St James’ Park last weekend. For much of the game, Newcastle were the better team.

The performances have led to questions about Potter’s level as a tactician and whether he can get the best out of the current Chelsea squad.

Potter is already feeling the heat that comes with the Chelsea job. He is under pressure to turn the club’s fortunes around.

If the club sever ties with Potter despite signing a five-year contract a month ago, there are a few great options in the market.

Three managers that could replace Potter at Chelsea

The former Real Madrid boss has shown he can manage the big egos and galvanise his group into a strong squad.

After winning 11 titles as Madrid coach, the Frenchman has the winning repertoire to impart to the players.

The 50-year-old was in charge of Real across two spells and over 300 games. Before that, he had spells as sporting director, assistant manager, Castilla manager, and youth team manager.

He represents the winning mentality that the Blues were known for under Roman Abramovich. Despite concerns over his tactical nous, his team plays exciting football and gets results.

Zidane has not worked since July 2021, with his eyes on Didier Deschamps’ job as France’s national team head coach.

However, Deschamps will stay on if he gets France to the semi-finals of the 2022 World Cup.
If Deschamps stays, Chelsea could get a chance to get the French icon to replace Potter at Cobham.

The Argentine manager was a target for the Blues following the departure of Maurizio Sarri. However, Chelsea knew it would be impossible to snatch him from Tottenham Hotspur.

The 50-year-old was also one of the options to replace Frank Lampard, but Paris Saint-Germain held on to him. He won the French Cup, the French Super Cup and the Ligue 1 title before leaving the club this summer in a club overhaul.

The adventure in Paris did not go as planned as he struggled to create a functioning unit out of Lionel Messi, Neymar and Kylian Mbappe.

However, Pochettino’s great work at Espanyol, Southampton, and Tottenham still speaks for him.
Pochettino took Tottenham from perennial underachievers to a top-four team that reached the Champions League final.

His team was aggressive, strong and fearless. He also showed an appreciation for the young talent that the club produced.

Pochettino could be the coach with clear ideas that this Chelsea team needs to push on from their slump.

Hansi Flick cut his teeth as a coach at the local lower-league club Viktoria Bammental between 1996 and 2000. He took over Hoffenheim later in 2000 and took them into the third division before departing in 2005.

Flick then spent 14 years as assistant manager of the German football’s national team. He won the 2014 World Cup as an assistant coach before returning to Bayern Munich.

The Germany boss made Bayern the toast of the 2019/20 season as the Bavarians won everything in sight. They completed the treble, winning the league title, Champions League and DFB-Pokal.

Flick left Bayern after several disagreements with sporting director Hasan Salihamidzic. His relationship with the club’s hierarchy had become tense.

He joined Die Mannschaft as the boss and is gradually rebuilding the team. In 15 games, Flick has won nine, drawn four and only lost once.

The 57-year-old plays relentless attacking football, and his tactical nous would be welcomed at Stamford Bridge. He is also a born winner with a commanding aura.

After the World Cup, Flick may be interested in club football again after spending so much time with the national team set-up.

He is a great coach and could galvanise better performances from the players.

Despite Chelsea’s poor run, it will be surprising if the club sacks Potter. The club’s primary issues stem from poor recruitment and signing players with the wrong profiles.

Chelsea needed a midfield refresh this summer but instead spent it chasing defenders. The Blues have not had a combative sitting midfielder since the departure of Nemanja Matic.

N’Golo Kante’s defensive nous has been making up for Jorginho’s deficiency in physicality. However, the France international is declining rapidly, with injuries taking their toll.

Their inability to control games and win duels in the middle is one of the reasons for the club’s deteriorating form.

Chelsea also overspent for no reason. This summer, they signed Marc Cucurella for £62 million despite having Ian Maatsen.

The Cobham graduate is having an incredible season in the Championship with Burnley under Vincent Kompany.

Chelsea also failed to sign any dynamic wingers, leaving the club predictable in the final third.

Before they consider changing coaches, they will hope the new recruitment team will help assemble a squad that can challenge for titles.

The current Chelsea squad is unbalanced. Most managers will struggle to extract consistent performances from this squad.

Chelsea have announced the arrival of Paul Winstanley, who will become the club’s new Director of Global Talent and Transfers.

He will join the head of recruitment Joe Shields and incoming technical director Christophe Vivell in forming the club’s decisions.