Will Alejandro Garnacho sign a new contract at Man Utd? 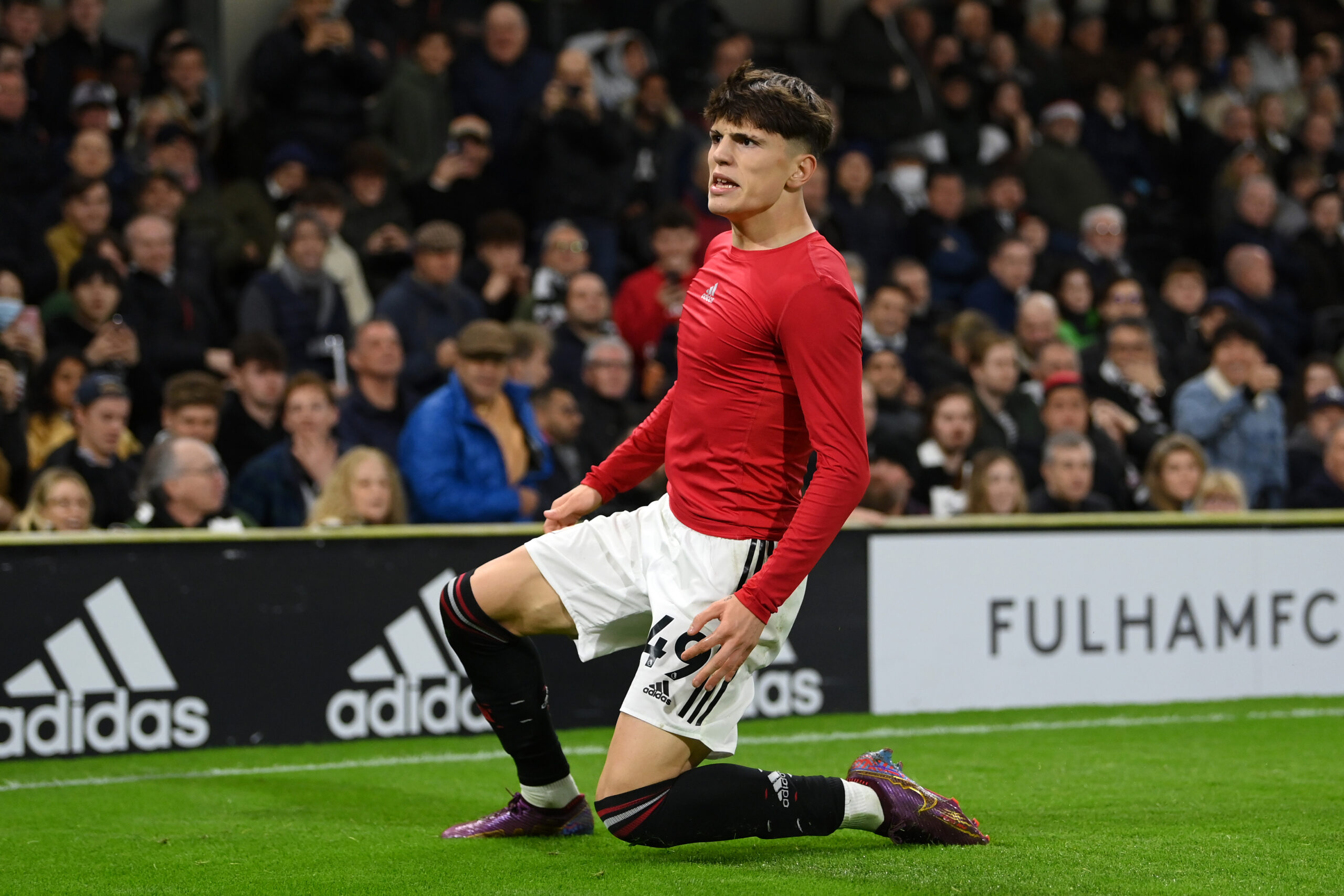 Manchester United youngster Alejandro Garnacho made the headlines on Sunday evening as he scored a dramatic stoppage-time winner against Fulham in the Premier League.

The 18-year-old is regarded as one of the best upcoming talents in world football and has been in superb form since making the breakthrough under manager Erik ten Hag this term.

The Argentine had to wait patiently for his chance amid concerns over his attitude, but he is now replicating his immense potential into performances for the first-team squad.

Garnacho scored his maiden club goal in the 1-0 win over Real Sociedad this month and was also outstanding against Aston Villa in the Carabao Cup third round, coming off the bench.

The teenager changed the complexion of the tie with two assists in the 4-2 win (2-2 when he was brought on) and managed to replicate his performance against the Cottagers last night.

With just seconds left on the clock, the Argentine showed eagerness to find the winner. Christian Eriksen’s vision created the chance but Garnacho still needed to beat his defender.

The teenager showed his good physical prowess before producing a composed left-footed finish across goalkeeper Bernd Leno. Any other youngster would have gone for power.

His understanding of the situation shows that he could go right to the top and the onus is now on United to commit him to a new long-term contract amid Real Madrid’s interest.

United currently have some time on their hands, considering his existing contract expires in June 2024. The hierarchy have the option to prolong his stay by another 12 months.

However, this does not mean that they should slow down the progress. The youngster currently earns just £5,000-a-week and may get unsettled by the lack of contract negotiations.

Madrid’s apparent interest could also turn the youngster’s head and urge him to decline a renewal.

Los Blancos have already shown that they are no strangers to spending big on young talents. They have signed the likes of Aurelien Tchouameni and Eduardo Camavinga on huge deals.

Garnacho would be a perfect player on the left wing for them for the best part of the next decade. United must ensure that they don’t reach a point where they have no option but to sell.

Hence, the Argentine’s contract should be treated with utmost priority. With the World Cup break underway, the board should seek to commit Garnacho to a new long-term deal.