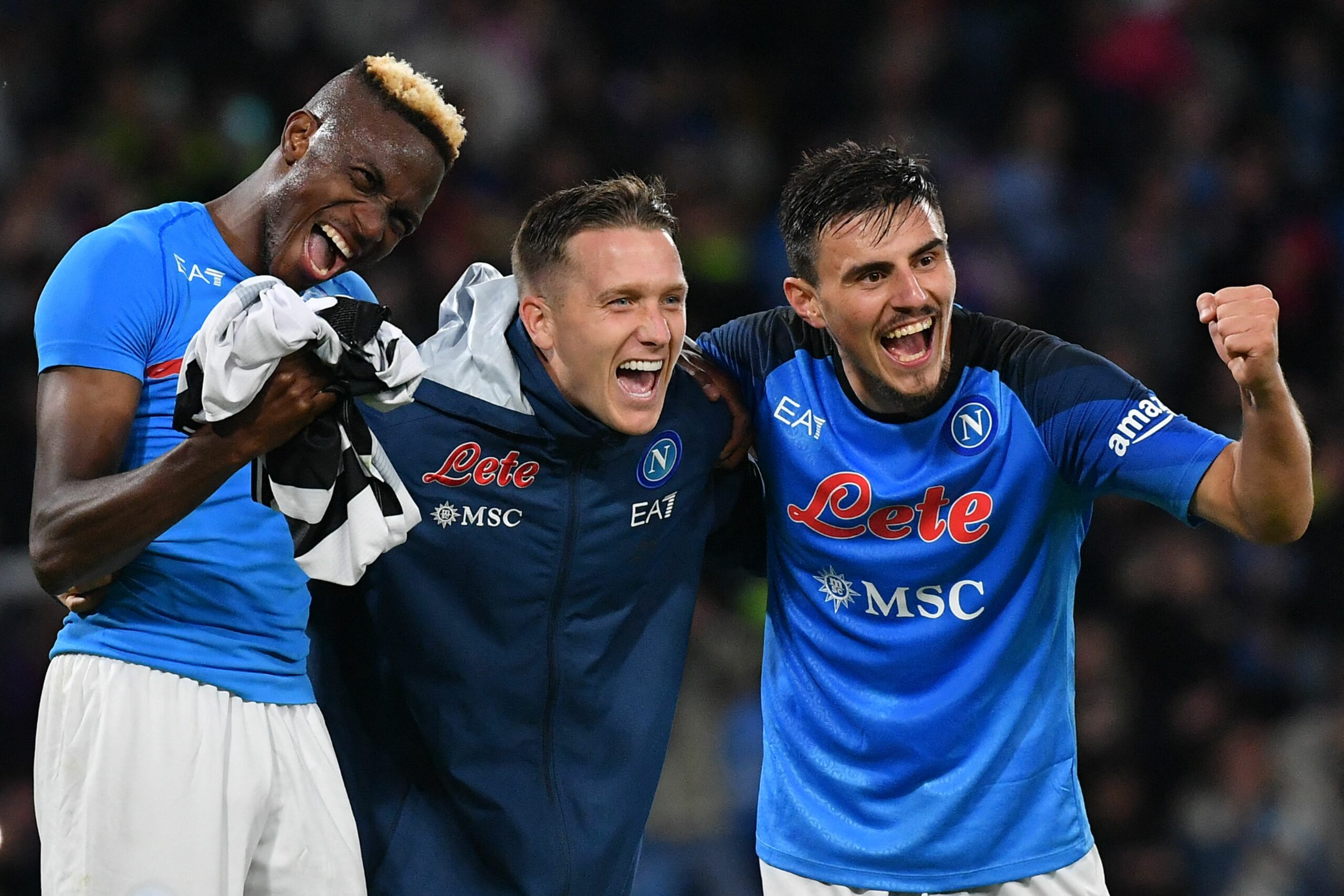 Napoli eked out an enthralling 3-2 home win over Udinese on Saturday to cement their place at the top of the Serie A table ahead of the World Cup break.

Another stellar performance from Luciano Spalletti’s high-flyers ensured a comfortable eight-point lead on defending champions AC Milan, who squeezed past Fiorentina on Sunday.

After firing a blank in midweek’s 2-0 home win over Empoli, Napoli’s standout striker Victor Osimhen returned to the scoresheet to inspire his side to another Serie A win.

The Nigerian striker notched up his ninth league strike this term to take control of the top spot in the Serie A scoring leaderboard and help maintain the Partenopei’s 15-game unbeaten top-flight start (W13, D2).

Even without Khvicha Kvaratskhelia, the most prolific attack in Serie A bagged three goals against underperforming Udinese, with Piotr Zielinski and Elif Elmas chipping in with a goal apiece.

Enthusiasm is at an all-time high in Naples after years of suffering as the entire city waits for the first Scudetto since 1990, with Spalletti’s side in a prime position to deliver.

Atalanta 2-3 Inter Milan: Nerazzurri come from behind to wrap up five-goal thriller

Last season’s Serie A runners-up Inter Milan pulled off a comeback to beat Atalanta 3-2 in Bergamo, though they enter the break outside the top four.

Palomino’s late goal was a small consolation for Atalanta, who, despite going toe-to-toe with Napoli in the first two months of the season, now trail Lazio by three points.

On the other hand, level on points with his former employers, Inter boss Simone Inzaghi seems to have weathered the storm, courtesy of his side’s back-to-back Serie A wins on the eve of the break.

Roma and Torino shared the spoils in a dramatic 1-1 draw at the Stadio Olimpico on Sunday afternoon.

Winless in consecutive Serie A outings in the build-up to this encounter (D1, L1), Jose Mourinho’s side hoped to return to winning ways, but the Granata had other plans.

Summer signing Andrea Belotti squandered a late spot-kick to draw the Giallorossi level after Karol Linetty put Torino ahead midway through the second half.

However, Mourinho’s pupil Nemanja Matic showed up in the dying moments to help Roma avoid another embarrassment and mark the first draw in this fixture since November 2015.

AC Milan 2-1 Fiorentina: Champions back to win column but flatter to deceive

AC Milan bounced back from a nightmarish ‘nil-nil’ draw at Cremonese in midweek Serie A action, courtesy of a last-gasp 2-1 home triumph over Fiorentina.

Rafael Leao’s second-minute breakthrough made the Stadio San Siro faithful dream of a landslide victory, but Stefano Pioli’s team had to wait until the final seconds of the game to sink La Viola.

With Napoli eight points away, the Rossoneri’s hopes of winning back-to-back Serie A titles for the first time in the new millennium look far-fetched.

But they’re at least in firm control of their top-four bid.

Juventus put Lazio to the sword in Sunday’s top-four Serie A six-pointer to post their sixth consecutive league victory without conceding and move to third in the table.

Moise Kean’s quick-fire brace on either side of half-time paved the way for the 31-time Italian champions’ overwhelming triumph before Arkadiusz Milik sealed an emphatic win on the stroke of stoppage time.

While under-fire Juventus manager Massimiliano Allegri seems to have steadied the ship after a tumultuous league start, Lazio will have five weeks to regroup ahead of a keenly-contested battle for fourth place.

Interestingly, before conceding three times at the Allianz Stadium, Maurizio Sarri’s men had only conceded once on their opening six top-flight travels in 2022/23.