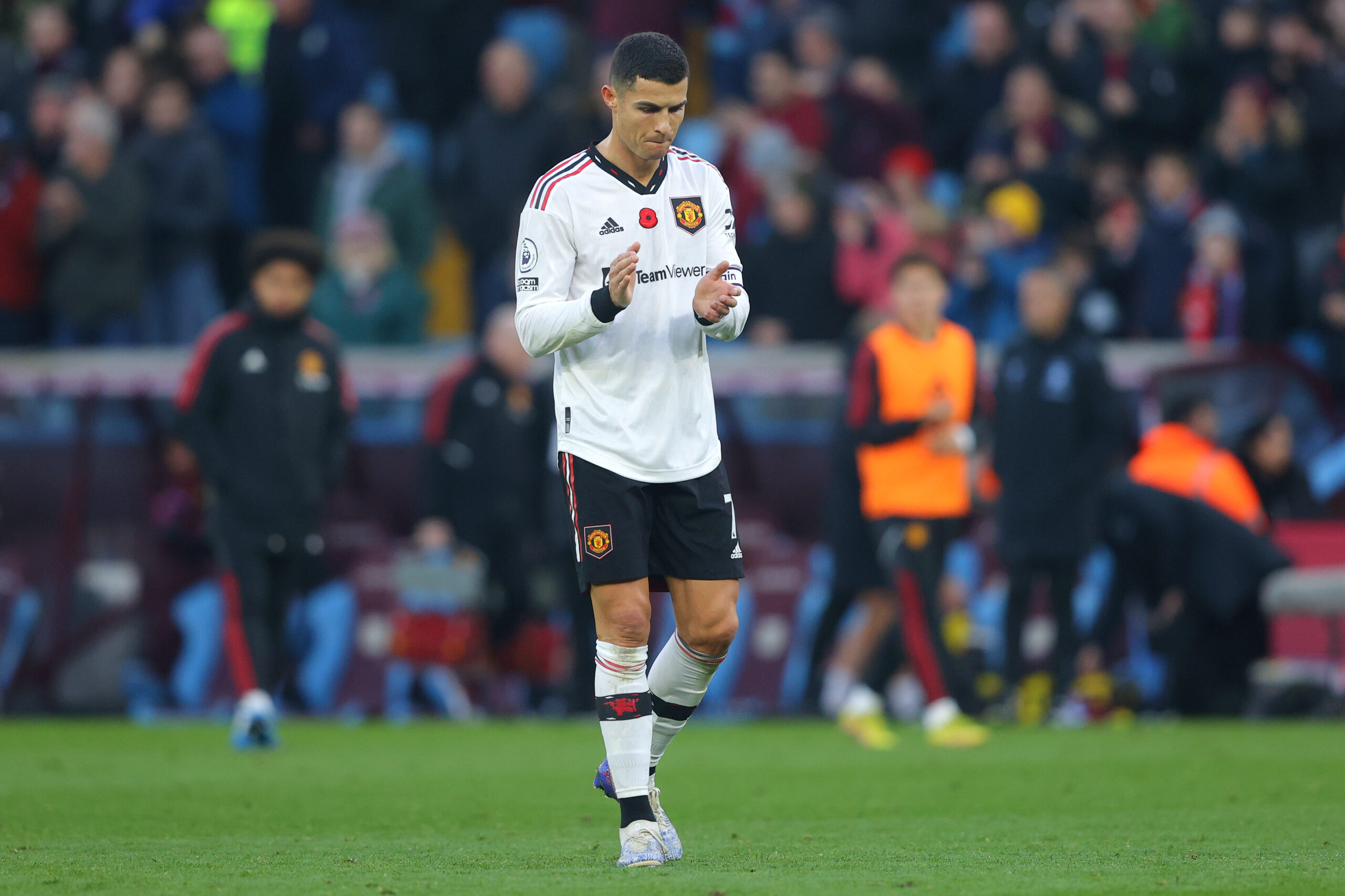 Manchester United star Cristiano Ronaldo has been dominating the headlines following a controversial interview with Piers Morgan during which he criticised the club.

The Portuguese international launched a verbal attack on United manager Erik ten Hag, stating he has no respect for the Dutchman.

In addition, the 37-year-old claimed that he was betrayed by the Red Devils, who tried to force him out.

“I don’t have respect for Erik ten Hag because he doesn’t show respect for me,” Ronaldo told Piers Morgan (as relayed by Fabrizio Romano).

“Man United tried to force me out. Not only the manager but also the other guys who are around the club. I felt betrayed.

“I feel that some people didn’t want me at Manchester United, not only this year but last season too.”

The former Real Madrid star also said there has been no progress at Old Trafford since Sir Alex Ferguson’s departure.

“A club of this size should be at the top, but this is not the case – there are no excuses,” added Ronaldo.

The Portuguese international returned to United in 2021 for his second spell. He made a great impact last season, finishing as the Premier League’s third top scorer with18 goals.

However, United failed to qualify for the Champions League. Ronaldo angled for a move during the summer, but nothing materialised.

The Portuguese superstar has made only ten appearances in the Premier League this term, out of which only four were starts.

Ronaldo previously vented his frustration by leaving the field before the full-time whistle during the game against Tottenham Hotspur, where he was also an unused substitute.

In the wake of that, he was dropped from United’s squad for the subsequent game against Chelsea.

The Portuguese star was informed beforehand that he wouldn’t be in the starting eleven for Sunday’s fixture against Fulham, which the Red Devils won 2-1.

United’s respect for Ronaldo reportedly hasn’t diminished despite his efforts to force out an exit in the summer window and his antics against Spurs.

The club are now ready to consider every option regarding the future of Ronaldo, which may include a potential departure in January.