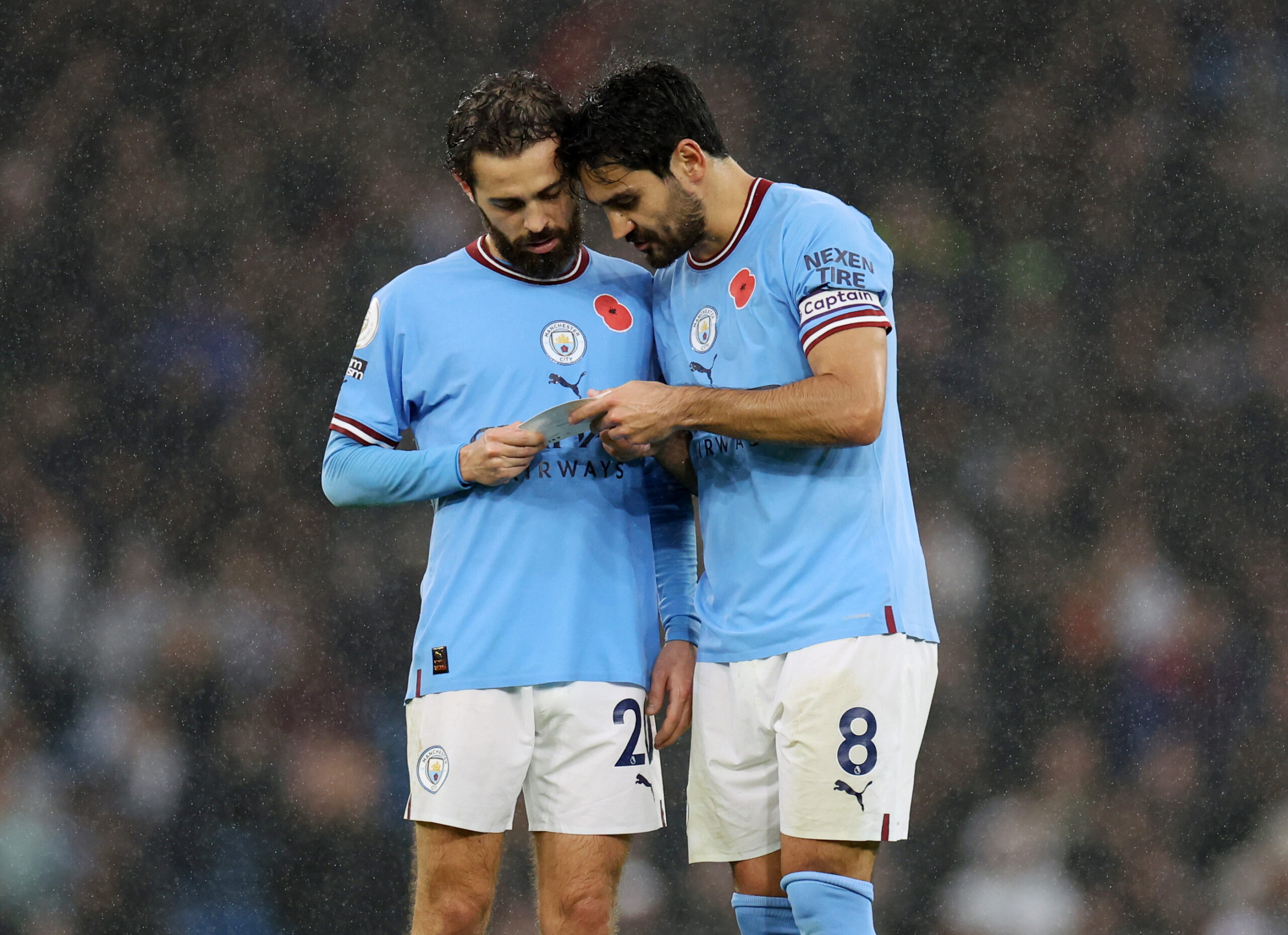 Manchester City midfielder Bernardo Silva continues to get linked with a move to Barcelona, who are reportedly prioritising his transfer next summer.

The Catalan giants were keen on landing the Portuguese international during the last transfer window, but to no avail due to his expensive valuation and the failure to offload Frenkie de Jong.

However, the Blaugrana are keeping tabs on his situation ahead of a potential move in 2023.

According to Mundo Deportivo, Man City are planning to hold talks with Silva’s representatives during the World Cup break to sort out his future.

The Premier League champions are ready to facilitate the 28-year-old’s departure but only on their terms.

Man City are well placed to demand a lucrative fee for Silva owing to his contract running until 2025. They have put a price tag worth €80 million on him.

He has continued his brilliant form this season, racking up two goals and five assists in 14 Premier League appearances.

Midfield reinforcements are among the priorities for Barca due to the uncertain futures of Franck Kessie and Sergio Busquets.

Kessie has struggled for game time this season since his free transfer from AC Milan, which has led to exit speculation.

Busquets’ contract expires next summer, and he is expected to part ways with the Catalan club.

Barca are also reportedly targeting a move for Silva’s teammate Ilkay Gundogan, whose contract at the Etihad Stadium expires next summer.

The La Liga giants are looking to sign the German international in the January transfer window but have identified Leicester City’s Youri Tielemans as a potential alternative if the move fails.