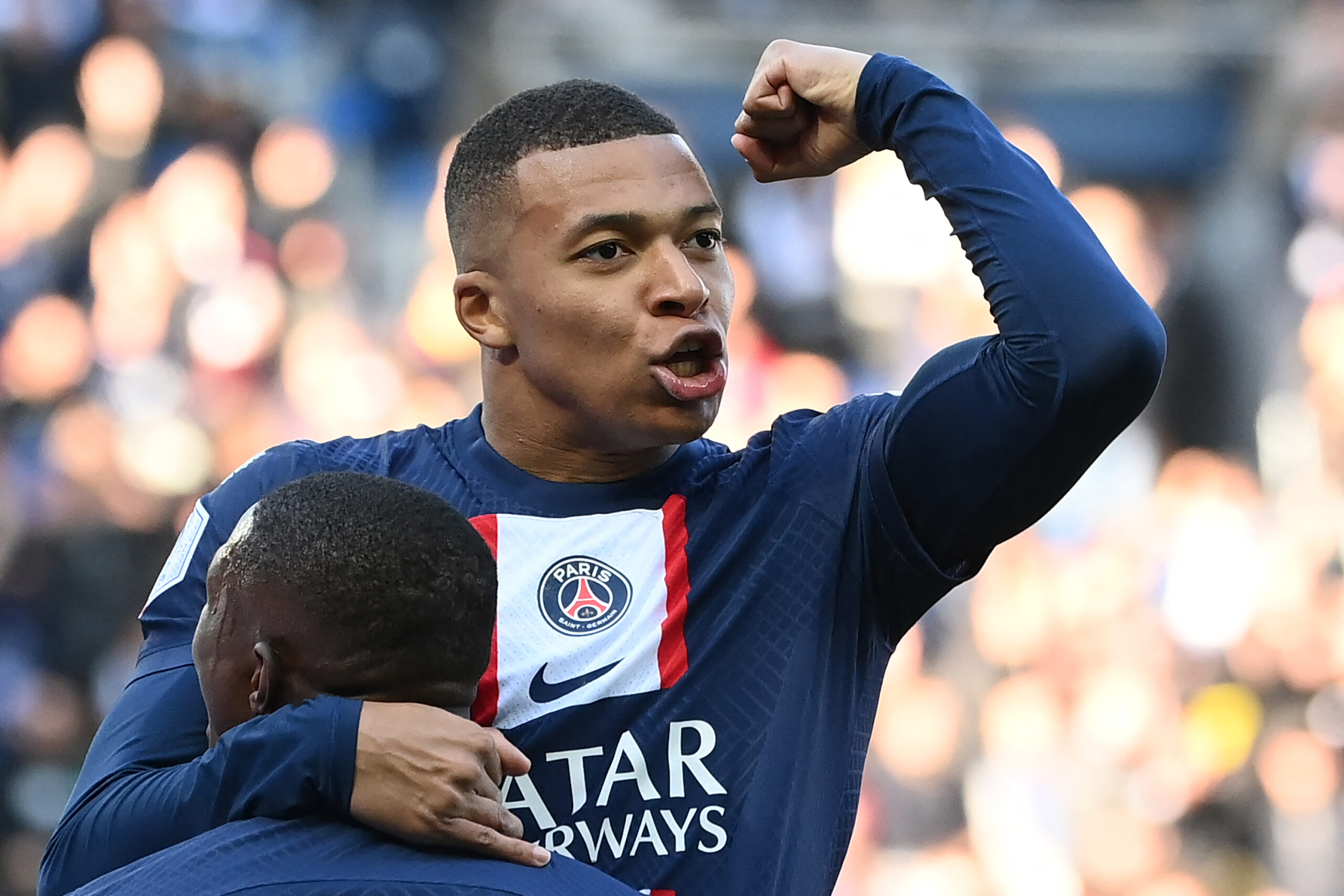 Paris Saint-Germain look to be running away with a record-breaking 11th Ligue 1 title following another rampant performance in the final round ahead of the World Cup.

However, Les Sang et Or pulled off a second-half comeback to beat Clermont Foot 2-1 at home and stay within touching distance of the league’s most intimidating side.

Friday’s blockbuster showdown between Lyon and Nice at the Groupama Stadium saw a penalty on each side entertain neutrals in an otherwise uneventful game.

Arsenal loanee Nicolas Pepe brought Lucien Favre’s team in front late in the first half after referee Eric Wattellier gave him a second chance, having seen his initial attempt denied by Kasper Schmeichel.

Former Gunners skipper Alexandre Lacazette pulled Lyon level in the dying moments after drawing a spot-kick himself to maintain his free-scoring form in Ligue 1.

Yet, with both sides stuck in mid-table lethargy, it’s hard to see any manager pleased with this outcome.

Lens found themselves trailing 1-0 at half-time to mid-table Clermont, but a quick-fire second-half brace stretched their winning league streak to five matches.

Wesley Said and Seko Fofana turned the game on its head in less than ten minutes, sending the Stade Bollaert-Delelis into a rupture.

Franck Haise’s men have shown last season’s seventh-place finish was no fluke as a side that played second-tier football as early as 2019/20 continue to defy expectations.

Despite Neymar and Lionel Messi failing to get on the scoresheet, PSG hammered promoted Auxerre on home turf as second-fiddle stars ran the show.

Galtier’s men have enjoyed a stellar Ligue 1 title defence, going undefeated in all 15 league matches this term (W13, D2) while scoring an outrageous average of 2.86 goals per game.

Barring a major surprise, PSG should become the first-ever side to be crowned Ligue 1 champions for the 11th time.

Moments after VAR disallowed Amine Salama’s opening goal for offside, Lille took the lead through their long-serving centre-back, getting a narrow win over the line despite performing below expectations.

And while Les Dogues remain within a five-point distance of third-placed Rennes, visiting Angers have equalled their all-time longest seven-match losing streak in Ligue 1.

Fresh from a narrow 1-0 home win over Lyon, Marseille took down Monaco 3-2 at the Stade Louis II to maintain a single-point deficit on Rennes.

A breathtaking contest in the French principality saw Igor Tudor’s side a goal down early in the second half despite breaking the deadlock through Alexis Sanchez’s free-kick masterpiece midway through the first half.

But former Premier League flops Jordan Veretout and Sead Kolasinac scored beyond the 80th-minute mark to hand Marseille a morale-boosting victory at one of the most intimidating venues in Ligue 1.