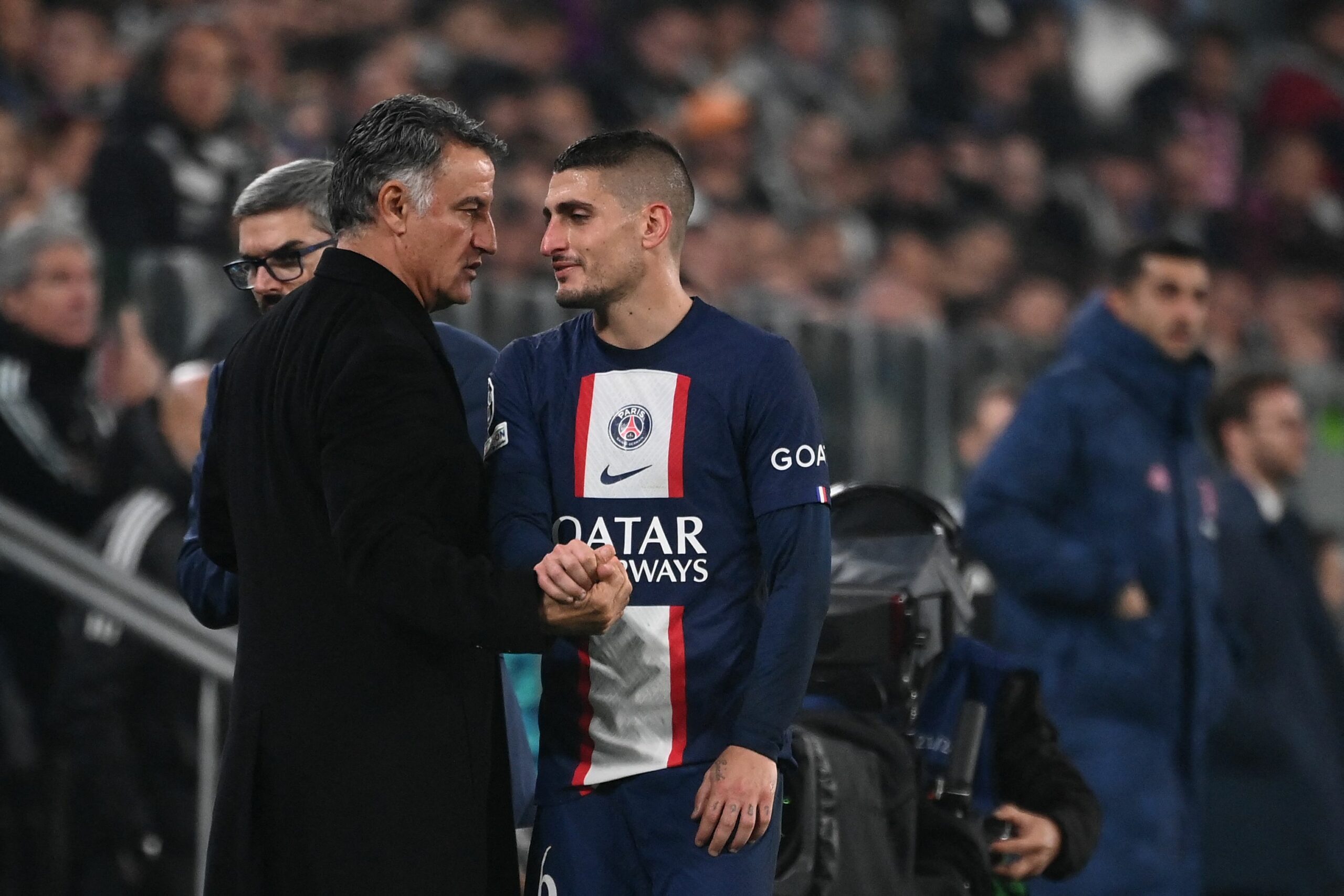 The Italian midfielder’s current deal expires in 2024 and PSG want to extend his stay beyond that.

The 30-year-old has been an integral part of Les Parisiens for a decade while establishing himself as one of the world’s best central midfielders.

Not only being the most decorated player in PSG’s history (29 titles), Verratti is the second-highest appearance holder (397 appearances), only 38 away from equalling Jean-Marc Pillorget’s record.

Galtier claims Verratti is as pivotal to the side as PSG’s attacking trio of Neymar, Lionel Messi and Kylian Mbappe.

After the 5-0 victory over Auxerre, the Frenchman said (h/t Hadrien Grenier): “I know that PSG has this real desire to extend Marco Verratti’s contract.

“I think he is very happy in Paris. He is like our fantastic three in front.”

The 2020 European Championship winner has made 14 appearances in all competitions this season, helping PSG to the top of Ligue 1 and progress to the round of 16 in the Champions League.

L’Equipe reports that PSG are in advanced talks with Verratti over a renewal and want to finalise it during the World Cup break.

The Ligue 1 giants are also looking to sort out Lionel Messi’s future, whose contract expires next summer.

PSG have been impressed by Messi’s blistering form this season, and they want to hand him a new deal to fend off interest from MLS outfit Inter Miami and his former club Barcelona.

Galtier’s men will go into the World Cup break as the leaders of Ligue 1, five points ahead of Lens.