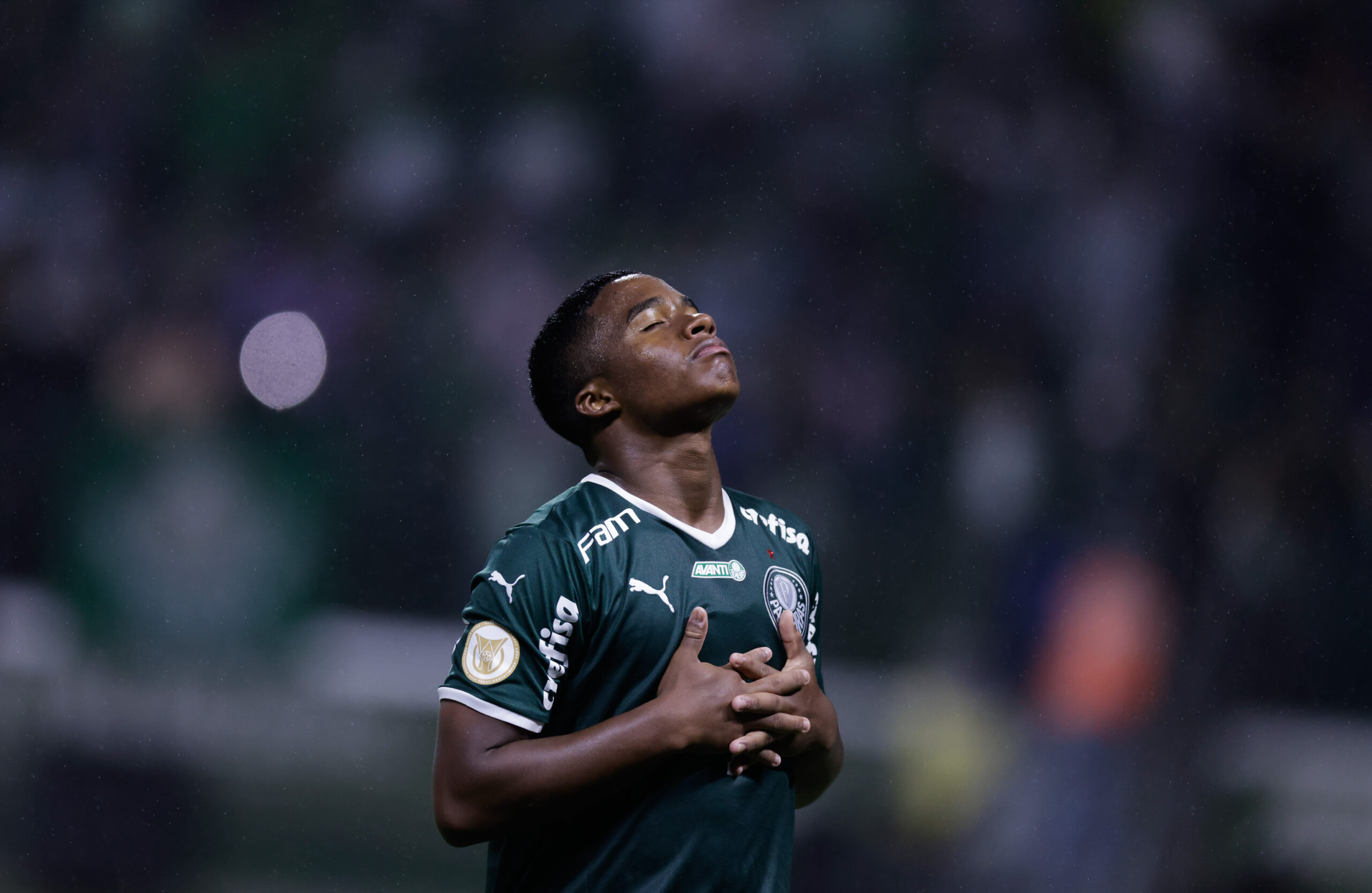 The race for Endrick has heated up with Real Madrid, Chelsea and Paris Saint-Germain going head-to-head to secure his signature.

However, Foot Mercato have reported that PSG are willing to offer an astronomical amount to ensure they beat the rest of the pack to his services.

Madrid were leading the battle to sign Endrick after sending representatives to Brazil to open talks with the player.

Chelsea have also held several meetings with the player, but with PSG in the race their pursuit has become complicated.

The 16-year-old wonderkid had previously raved about several PSG players, including Lionel Messi and Kylian Mbappe.

Endrick has also praised his Brazilian counterparts Neymar and Marquinhos, citing them as classy players he watches for inspiration.

His declaration has boosted PSG’s confidence about signing him, and they are willing to go the distance to get their man.

Having seen a bid of around €45 million turned down by Palmeiras, PSG are reportedly willing to go as high as €60m which will effectively trigger the player’s release clause.

However, Chelsea are also reportedly willing to trigger that clause, but it remains to be seen if Madrid will match the price.

The reigning Spanish and European champions currently boast some of Brazil’s finest talents in their ranks, including Vinicius Junior, Rodrygo Goes and Reinier Jesus, so it is no surprise that they want to add Endrick to that growing list.

Endrick is already a household name in Brazil after scoring 165 goals in 169 games for Palmeiras’ youth teams.

After becoming the club’s youngest-ever player by making his senior debut last month aged 16 years, two months and 16 days, Endrick has accumulated nine goals and an assist in 13 appearances across all competitions.

His family will prioritise offers that allow the youngster to grow and develop. However, by pitting three of the world’s biggest clubs against each other, they will also ensure a lucrative contract for Endrick in the process.