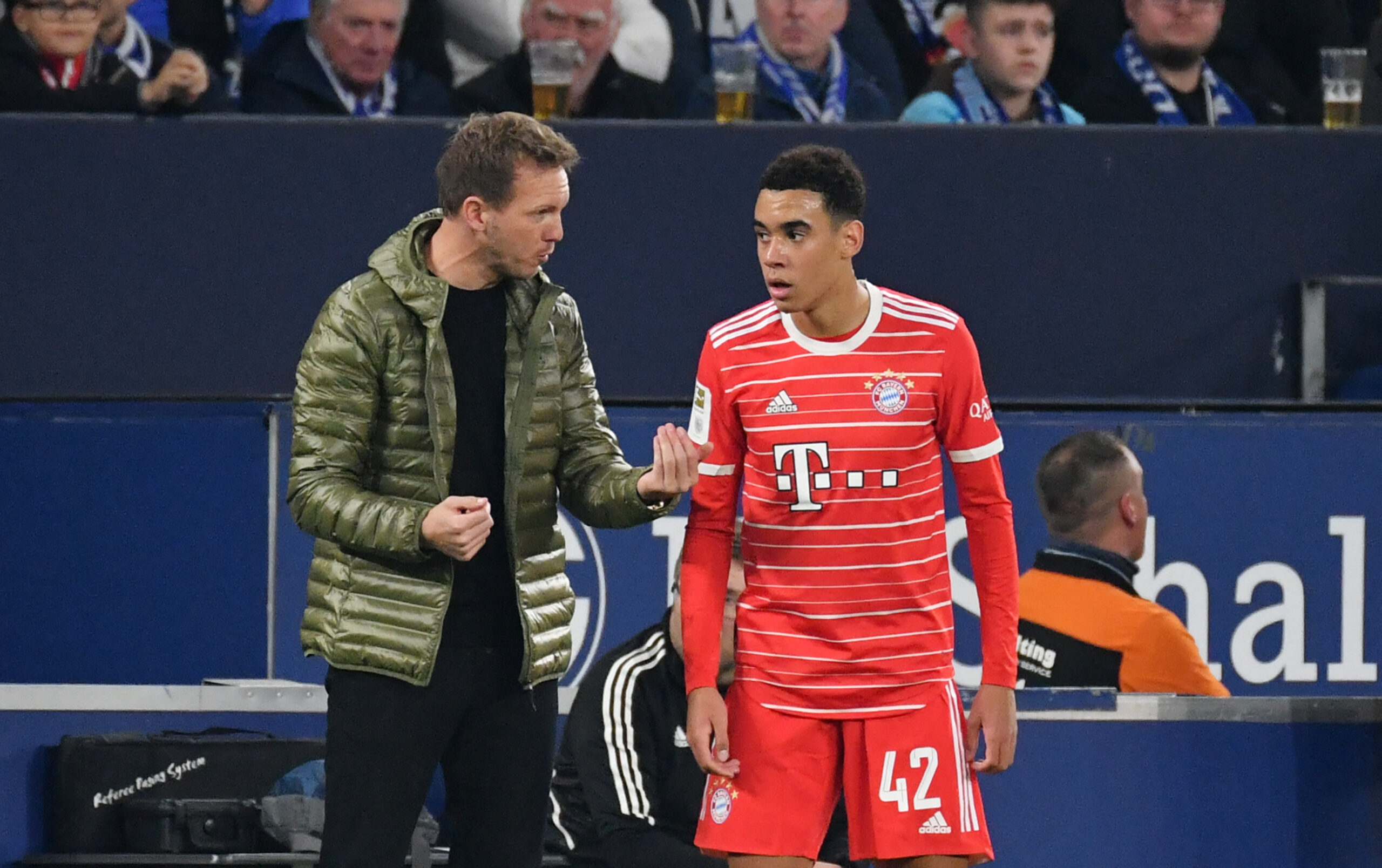 Former Ballon d’Or winner Lothar Matthaus has heaped praise on Bayern Munich star Jamal Musiala after the former Chelsea man made his 100th appearance in all competitions for Die Roten.

The 19-year-old reached the milestone in Bayern’s 2-0 win over newly promoted Schalke 04. He was involved in both goals as Julian Nagelsmann’s side moved six points clear at the top of the Bundesliga table.

Speaking on Sky Germany following Bayern’s win on Saturday evening, Matthaus reserved the highest praise for Musiala, describing him as ‘Messi-like’ and insisting the young sensation must never leave Bavaria.

“When you see what he’s doing here, the heel flick to (Serge) Gnabry and the pass to (Eric Maxim) Choupo-Moting, it enchants us all,” he said. “He just entertains us. This is Hollywood.

“I want to see this player on the pitch every time. What he did is magic. This is Messi-like. It’s crazy – this man must never leave Bavaria.”

Musiala has been in sensational form for the Rekordmeisters this season. He has recorded 22 goal contributions (12 goals, 10 assists) in 22 games across all competitions.

Marking his milestone with two sensational assists means the 19-year-old has contributed 27 goals and 17 assists since joining the first team set-up in 2020.

With 17 caps already for Germany, Musiala has made Hansi Flick’s 26-man squad for the World Cup tournament in Qatar.

Die Mannschaft will kick off their tournament against Japan on November 23 before games against Spain and Costa Rica.

Musiala will be hoping to play an important role in GermGermany’sle charge.