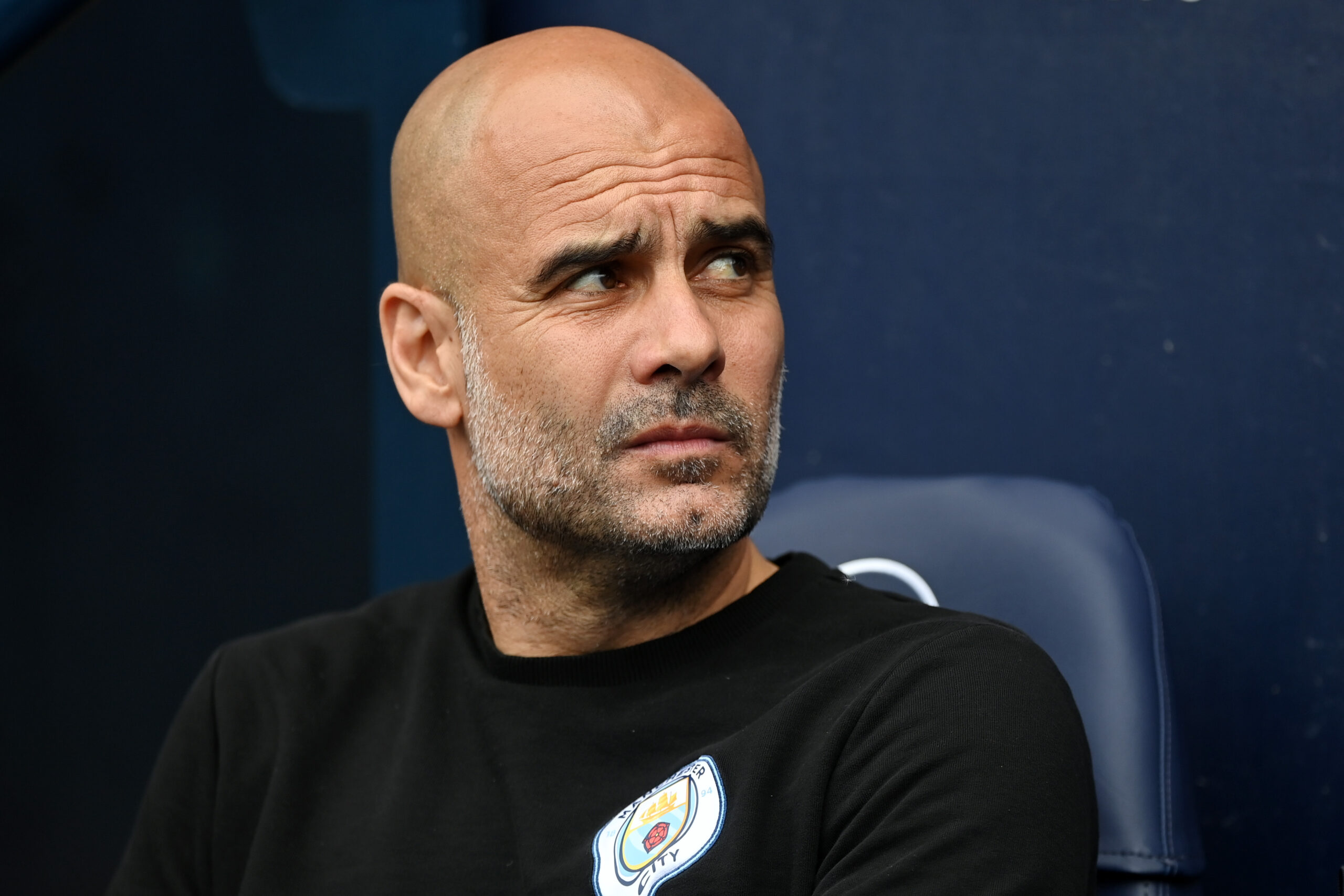 Pep Guardiola has admitted Brentford were the better side after they defeated Manchester City 2-1 at the Etihad Stadium on Saturday.

The Cityzens entered the home encounter as heavy favourites but were stunned by an outstanding display by Thomas Frank’s side.

The visitors made a flying start as Ivan Toney opened the scoring in the 16th minute to give England manager Gareth Southgate a reminder of what they could be missing at the 2022 World Cup.

City restored parity before the interval with Phil Foden scoring with a crisp left-foot half-volley.

The defending champions turned up the tempo in the second half, but poor finishing and Brentford’s resilient defending meant they failed to score.

Toney grabbed the winner by tapping in his second goal deep into injury time.

The result leaves City two points behind Arsenal in the Premier League table ahead of the Gunners’ league fixture at Wolverhampton Wanderers.

Guardiola made a frank admission after the loss, saying his side were beaten by the better team.

The Spanish boss told BBC Sport: “The best team won – we struggled from the beginning, and we couldn’t deal with their long balls.

“Usually, you press the balls to win it but this was different. They defended so deep and so well.

“We didn’t have the dynamic today because we were dictated by long balls that we were losing. The game was so difficult – it was so tight.

“They did really well in the plan they had and were better. We have done exceptional in the Champions League and well in the Premier League. We’ll come back and prepare for the second half of the season now.”

This was City’s first home defeat of the season, and Brentford deserve full credit for the outstanding victory.

Toney gave an excellent response to being overlooked by Southgate as he delivered a standout performance.

The 26-year-old had 54 touches, won seven aerial duels and had six shots on target (as per WhoScored).

His double in today’s game means he has scored ten goals in 14 league appearances this season.