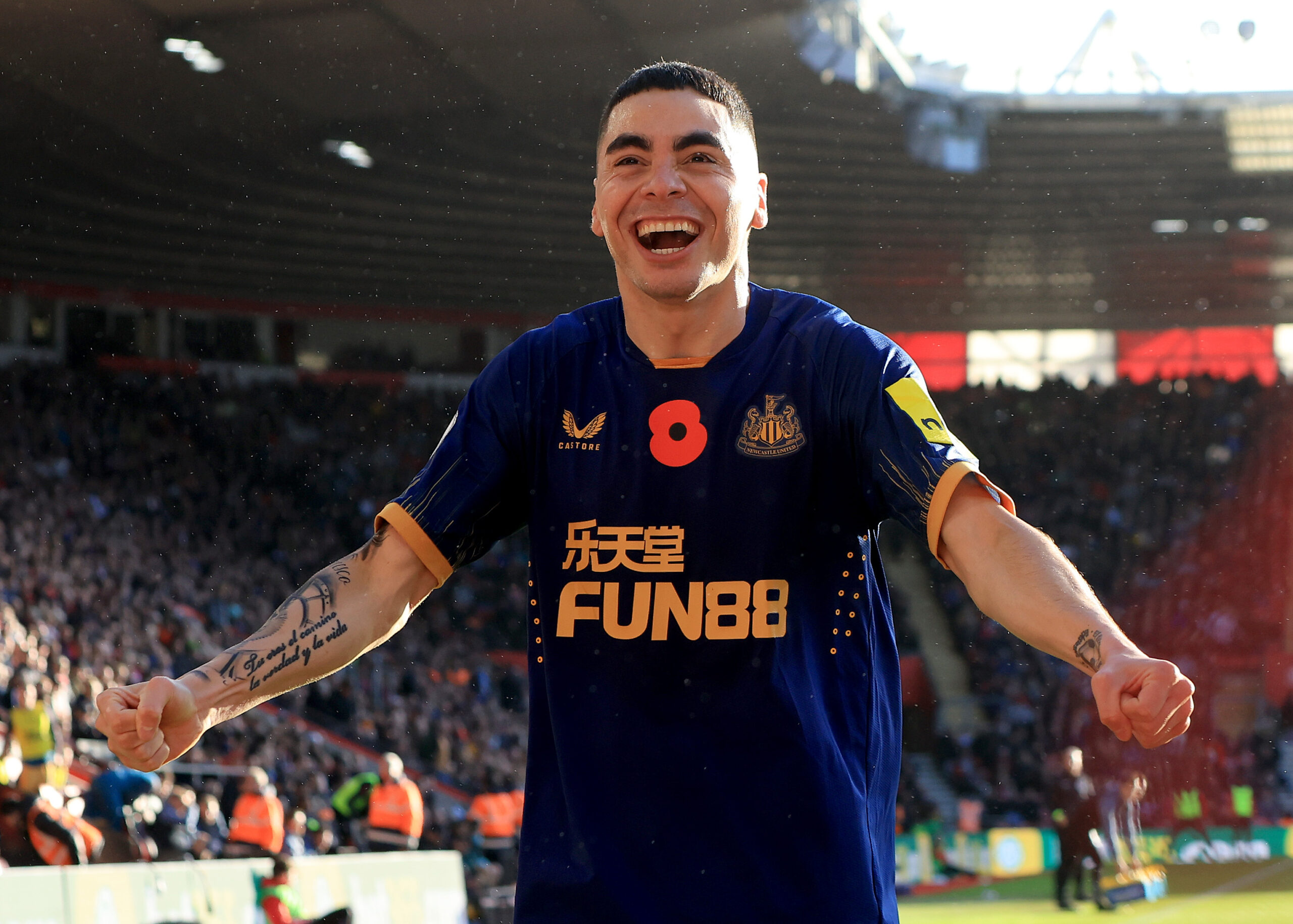 Miguel Almiron has won the Premier League’s Player of the Month award for October.

He kicked off the month in perfect fashion in Newcastle United’s 4-1 win away at newly-promoted Fulham. The playmaker scored a brace against the Whites, including a stunning volley from a tight angle in the first half.

And the former Atlanta United man continued this form into his next appearance, netting the fourth in the Magpies’ emphatic 5-1 victory against Brentford. After firing a blank at Old Trafford, he was back among the goals in the following week, bagging the winner against Everton.

Remarkably, he still wasn’t finished there. Almiron scored a fine solo goal away at Tottenham Hotspur, and then rounded off an outstanding October with a beauty against Aston Villa. This took his tally to six for the month.

His performances have been a huge contributor to Newcastle’s journey up the table. They currently sit in third place, behind just Arsenal and Manchester City. Meanwhile, only Erling Haaland, Harry Kane, and Aleksandar Mitrovic have scored more than Almiron’s eight for the season.

Next up for Eddie Howe’s men is a home clash with Chelsea, in their final game before the World Cup. After the tournament, they face Bournemouth in the Carabao Cup, before rounding off 2022 with fixtures against Leicester City and Leeds United.