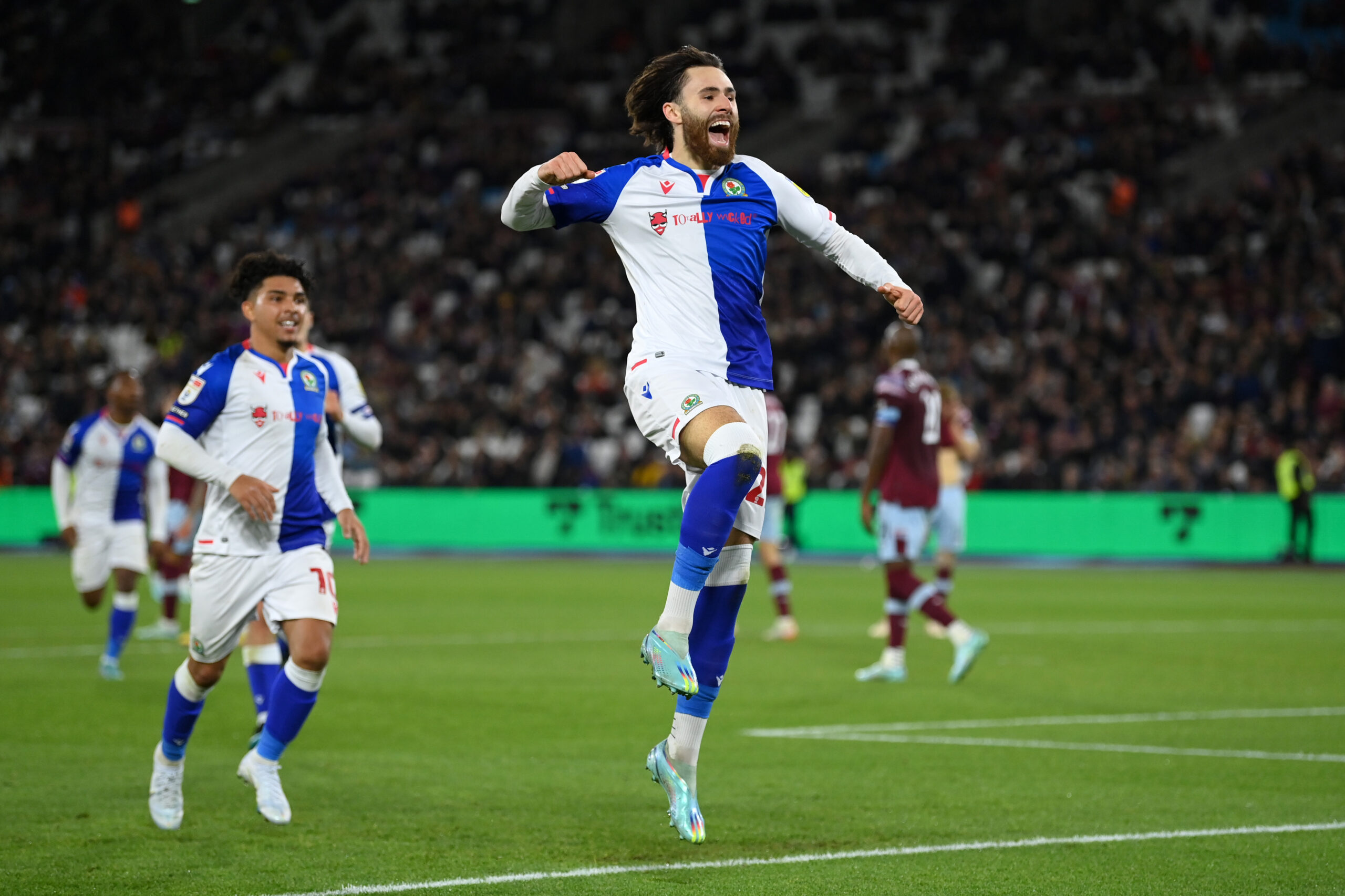 Two of the top teams in the Championship go head-to-head on Sunday as Burnley welcome Blackburn Rovers to Turf Moor.

There is no love lost between these two founding members of the Football League, with their rivalry one of the most bitter derby games in the world.

Former Rovers manager Mark Hughes described meetings between the teams as ‘mad’, and he knows a thing or two about derbies.

Burnley have a two-point lead over Rovers heading into the game, and a victory this weekend would boost their hopes of making an immediate return to the Premier League.

However, they are unlikely to find things easy against a team that has defied expectations to force their way into the promotion race.

The Clarets pieced together an impressive 16-game unbeaten run to move to the top of the Championship table before being brought back down to earth last weekend.

Vincent Kompany’s side led twice against Sheffield United, but a four-goal salvo helped the Blades secure a well-deserved 5-2 victory.

Burnley are unbeaten in their last seven meetings with Rovers in all competitions and will fancy their chances of bouncing back to form on Sunday.

They have won six and drawn four of their ten home league games this season and are averaging two goals per game on their own patch.

Rovers’ went 35 years without losing against Burnley before seeing their streak snapped in a Championship clash in March 2014.

They have lost all three subsequent meetings with the Clarets and will be desperate to prevent their bitter rivals from enhancing that record at Turf Moor.

Rovers have won five of their past six league games, with a 1-0 defeat at Coventry City the only blip on their record during that period.

Jon Dahl Tomasson’s team have won four out of 10 matches on the road this season, netting just seven goals away from Ewood Park.

Burnley versus Blackburn Rovers, alongside all other Championship fixtures, is available to watch online via Championship live streams.

This Lancashire derby has the potential to be one of the fieriest encounters staged in the Championship this season.

Burnley are a tough nut to crack at home, but Rovers should have enough about them to take something from the game.